The Bata Shoe Museum is located at the southwest corner of Bloor Street and St. George in downtown Toronto. And you wouldn't think that footwear would be a topic that could possibly fill a five storey building inspired by a shoebox, but there are more than 13,000 artifacts spanning 4500 years of history. 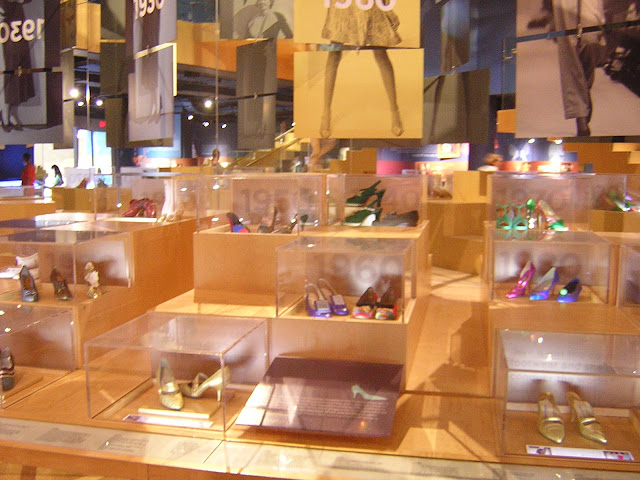 There are shoes worn by Marilyn Monroe, John Lennon, Roger Federer, and Elton John. A single blue Adidas running shoe was worn by Terry Fox on his legendary cross-Canada journey in 1981. Napoleon 's black silk socks are on display. And a pair of burgundy, high-top Supra SkyTop II sneakers that were worn by Canadian teen-idol sensation Justin Bieber
Roger Vivier (1907 - 1998) was one of the most celebrated shoe designers of the 20th Century. He rose to fame in the 1950s when he designed footwear for Christian Dior, and his shoes signified mid-century glamour, often covered with pearls, lace, jewels, applique, rhinestones and sparkling ornaments.
Another wing of the Museum houses a collection of moccasins created by Indigenous peoples from diverse regions of North America. Ninety pairs of shoes, boots and moccasins show exquisite craftsmanship, regional patterns, and beautiful decoration. 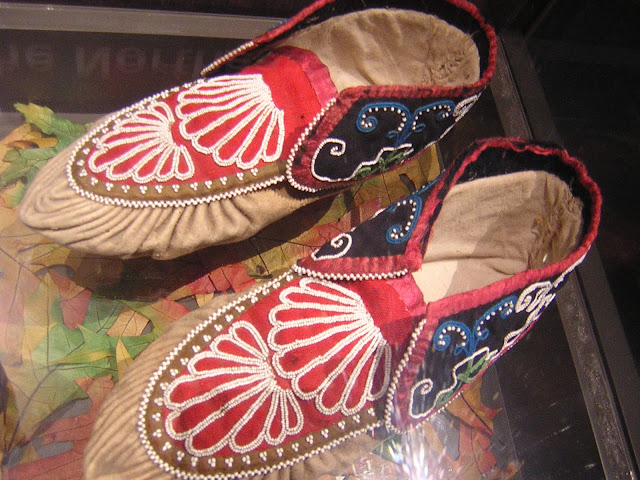 And yet another wing of the Museum is dedicated to the Roaring Twenties. As hemlines rose, shoes became increasingly important for stylish women and many of the decade's exceptional shoes illustrate the electrifying synergy between fashion and design. 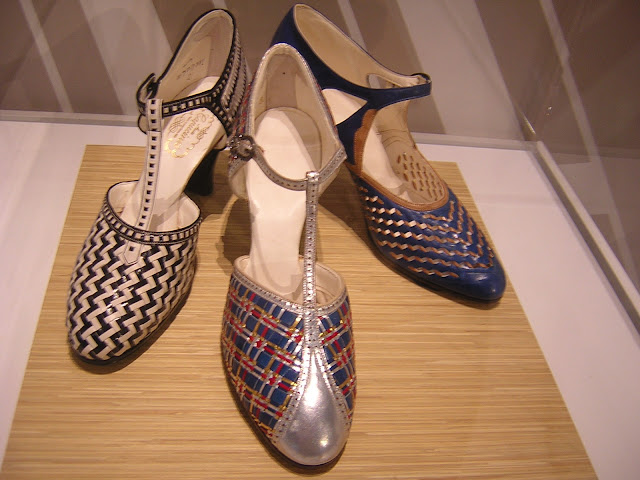 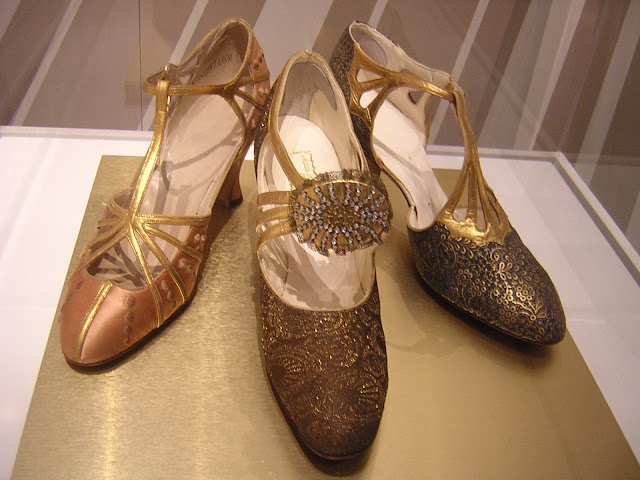 A great way to spend an afternoon... shoe shopping!

I'm really getting tired of being bombarded with the same old annoying TV commercials over and over again while I'm trying to enjoy the Olympics. I know they are a necessary evil, but I tend to press the mute button and find something else to do while they're showing on the screen.
However, there's one Canadian ad that I can watch quite happily multiple times.... I find it inspired and amusing and I always giggle at the ending.

Although I don't think it's going to encourage me to shop at Rona more often. Anyone got a hammer handy?
Posted by Shammickite at 08:30 17 comments:

Last year about this time two tiny people arrived in my life. They made their blog debut here.
And now they are celebrating their first birthdays! Almost walking, and definitely talking. Happy Birthday Max and Emma! And congratulations to mum and dad and big brother Isaac for surviving the first year of the Double Trouble Terror Twosome.

At the back of my house there was just a tiny balcony and a rather boring concrete patio, just big enough for my garden table and a few chairs. But I wanted more outdoor useable space.... so I got the deck people in. 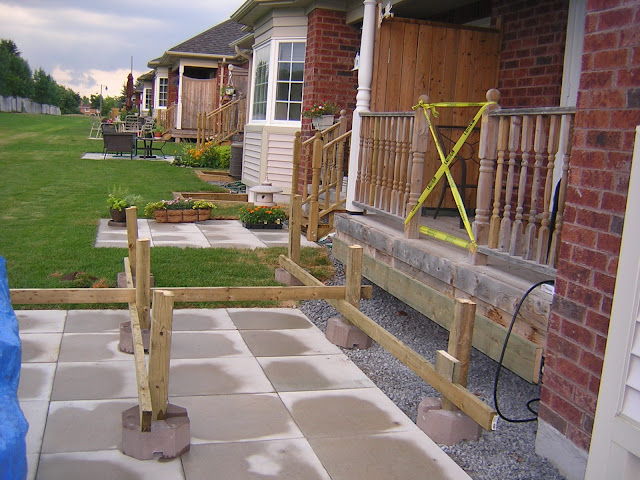 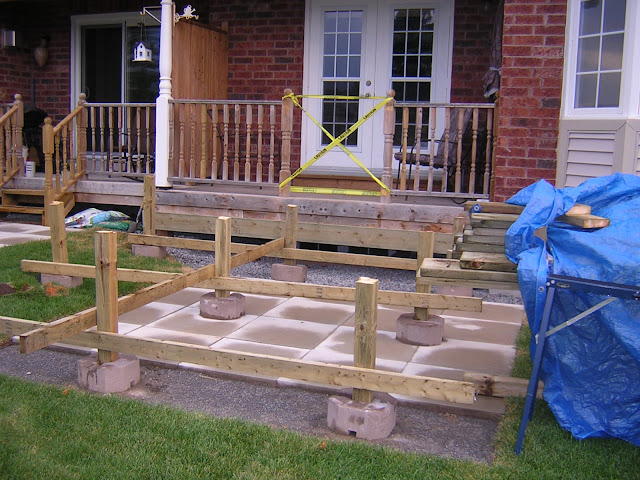 The deck had to be built as a stand-alone floating unit, and not attached to the existing structure so the framework was built on concrete deck blocks. Pressure treated lumber was used.... this will withstand the harsh winters and the hot summers and will weather to a soft grey. Unless I want to stain it in a couple of years. 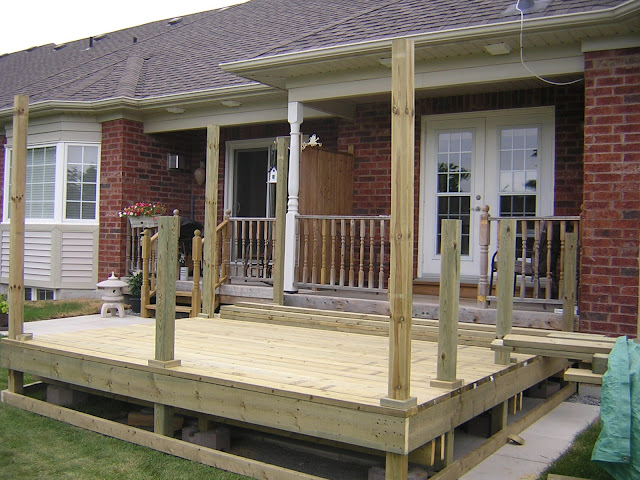 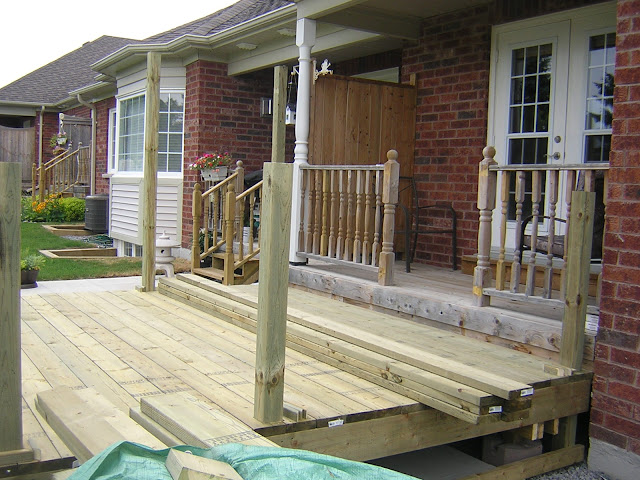 The wooden rail on the existing balcony was removed, and a few damaged boards replaced. A sturdy rail was built all around the new deck, and a matching gate.... to keep babies and dogs in! 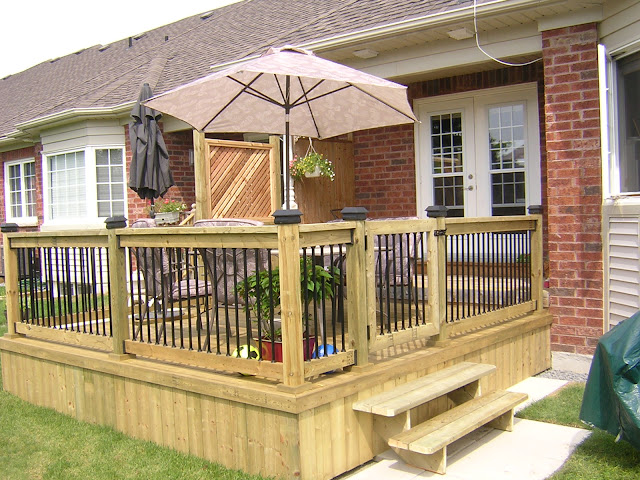 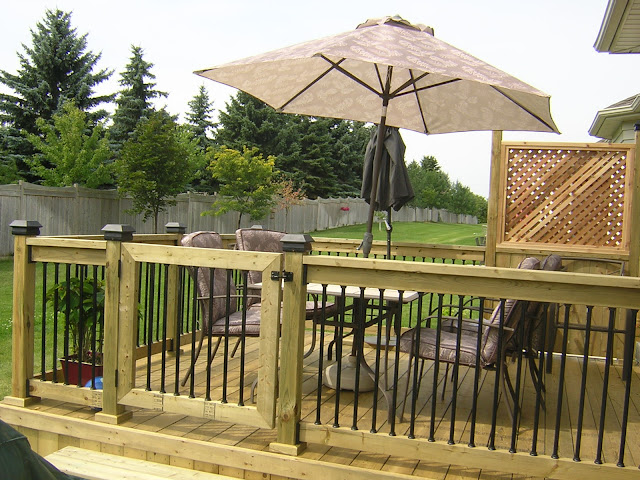 There's enough room for my patio table and six chairs, and a couple of sun umbrellas. And a cedar privacy screen that smells wonderful when it gets wet. I've already entertained family and friends with BBQ dinners al fresco. A few pots of flowers and hanging baskets will decorate it beautifully. I know I'll be making good use of this new outdoor room..
Posted by Shammickite at 08:19 19 comments: