We went geocaching this morning. It's OlderSon and Callum's newest hobby. This particular cache was hidden at the Scotch Settlement Arboretum in Bradford, West Gwillimbury. It was a cool morning.... rain threatened. 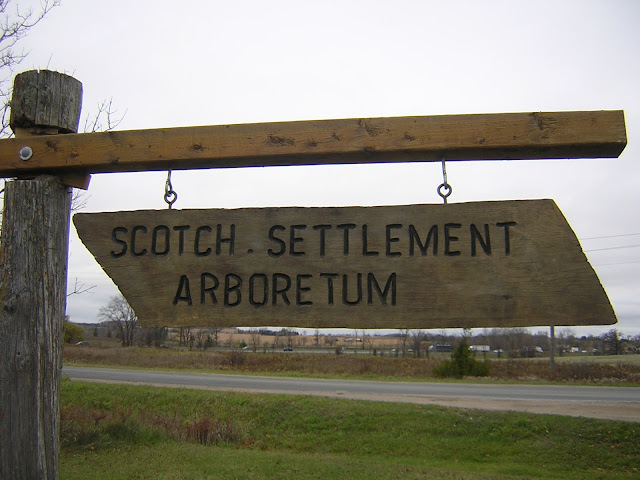 In 1815, 140 Scots came from Lord Selkirk's Red River Settlement in Manitoba eventually making their way to what is now known as the Scotch Settlement in West Gwillimbury. The first school and church known as Auld Kirk was established in 1823 .
In 1865 a second church was established. Originally known as "The 2nd West Gwillimbury Presbyterian Church" — over time, the church became known as "The Scotch Settlement Presbyterian Church". The arboretum trees were planted by members of the local Horticultural Society. 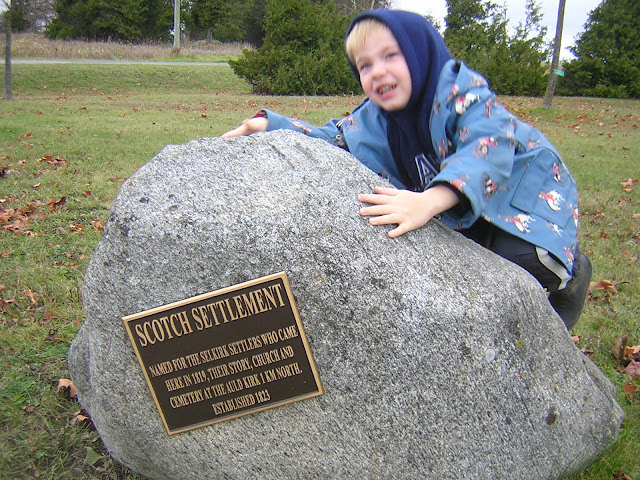 The small cache was wrapped in camo tape and well hidden..... I'm not going to tell where and spoil it.... but easy to find using the GPS. 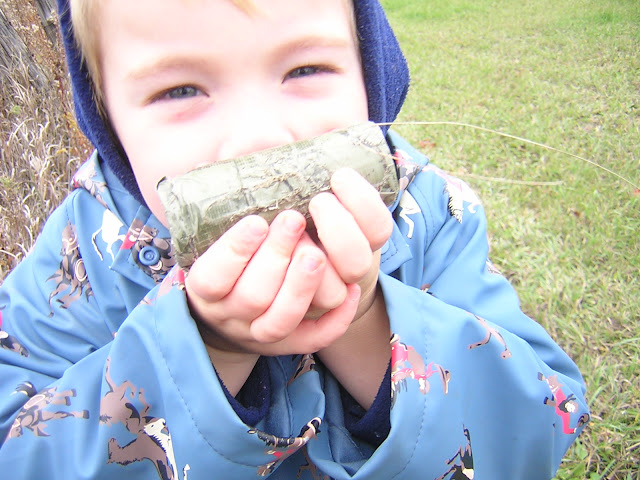 So we signed the paper with the date and our names, tucked the cache away in it's hiding place and registered the find on the web site. This was a very small cache, but some of them are a lot bigger and contain all sorts of exchangeable items. 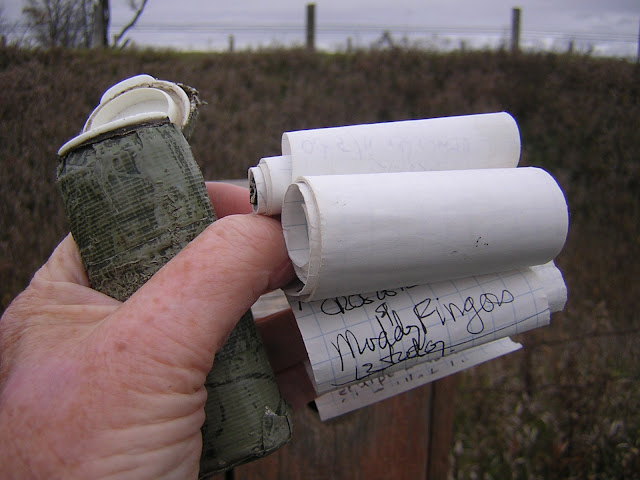 On the way back, there were lots of these grey mushrooms in an area surrounded by pine and spruce trees. Anyone know what they are?
Update: Possibly Grey Knight (Tricholoma terreum) also known as the Dirty Tricholoma. This is a late-season mushroom that thrives in pine forests, forming large groups with the first cold spells. And it's edible! But we didn't take any home for dinner. 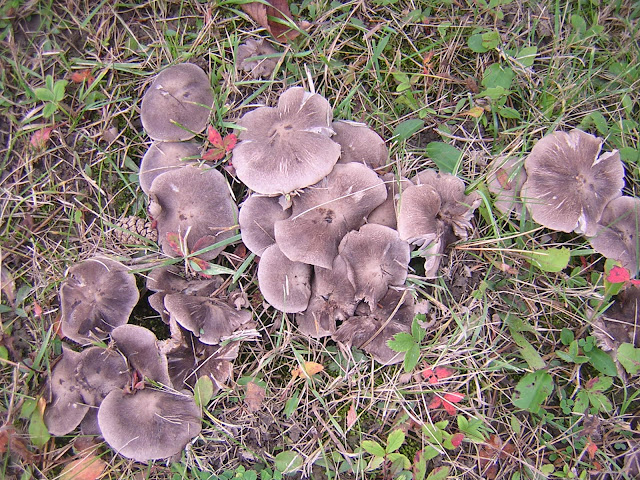 Geocaching seems to be great way to explore areas that you'd otherwise miss. I had no idea that this little arboretum existed and I knew nothing about the history of the Scotch Settlement..
Posted by Shammickite at 14:51