I have attended my very first Ribfest! For those of you who have yet to have the pleasure, let me explain.
It's basically an excuse to congregate in a local park, drink beer, listen to eardrum popping rock music, and consume enormous quantities of BBQ pork ribs doused in spicy sauce, corn on the cob, baked sweet potatoes and other gastromomic delights, while trying to avoid being covered with greasy fingerprints and spattered with sauce. 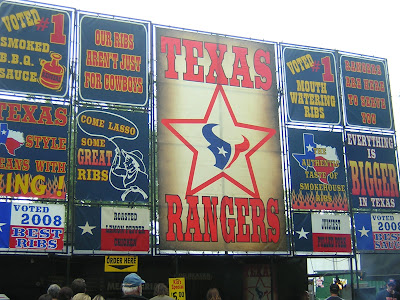 Ten teams of professional "ribbers" from Canada and the US compete for the top honours in both the ribs and sauce departments. And there are trophies to be won.... mostly with a little piggy on top. 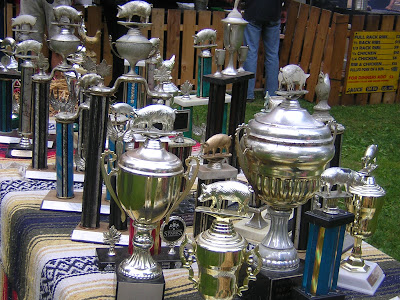 Sorry, I didn't take any pics of the actual ribs.... we were too busy eating. Those ribs were MMM MMMM GOOD! Lots of finger licking going on, didn't want to waste any of that great taste. And we even sampled a deep fried Mars Bar.... it tastes way better than it looks. 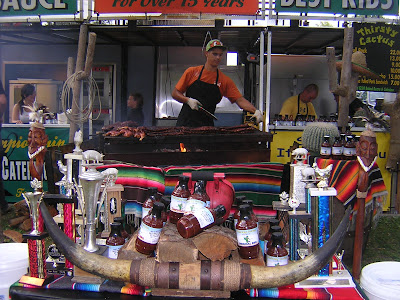 Then of course, there's the midway. Callum went on one ride with his auntie but it was a bit too scary for him... but wait until next year, I'm sure he'll be a whole year braver! Isaac sensibly opted to stay safe and warm in his baby carriage. 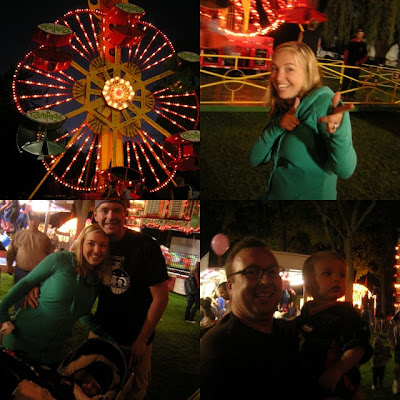 Good times. (But not for the piggies).
Posted by Shammickite at 21:59