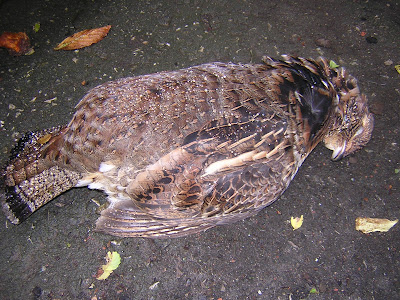 But now, what to do with a large dead bird? I couldn't dump such a magnificent bird in the garbage, he deserved better than that, so I dug a hole and buried him in my back yard, under a little ornamental fir. Dust to dust ....
Posted by Shammickite at 19:59