It's a Zoo Out There!

I wish Hallowe'en had been invented when I was growing up in England, it seems that it would be so much fun to get dressed into a scary costume and go knocking on doors and being given candy and chips.... but we had Guy Fawkes Night instead, where we went knocking on doors asking "Penny for the Guy" and then building an effigy of poor old Guy Fawkes using some of dad's old clothes and then burning him at the stake (Guy Fawkes not dad) on a huge bonfire on November 5. And of course, that was Fireworks Day too. My birthday is the day before Guy Fawkes Day, so I always had my fireworks a day early at my party. I thought I was so special!

For Hallowe'en Callum was a giraffe, Isaac was a green dragon, Baby Max was a beaver (how Canadian is that?) and his sister Baby Emma was the good fairy keeping an eye on the proceedings.... sorry, you can't really see her wings in this picture, but she definitely had them. 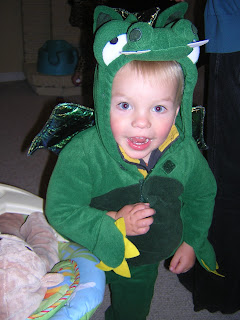 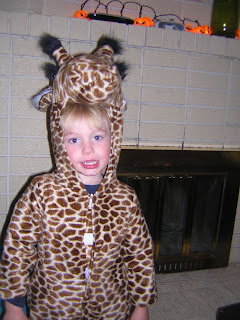 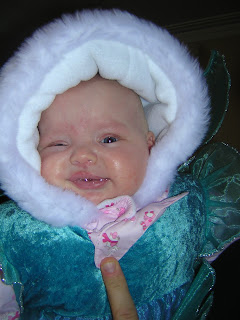 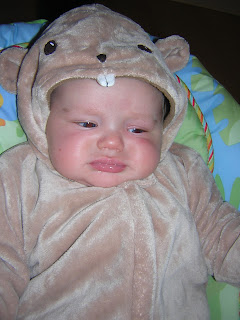 The giraffe spent a lot of time chasing the dragon round the kitchen...... 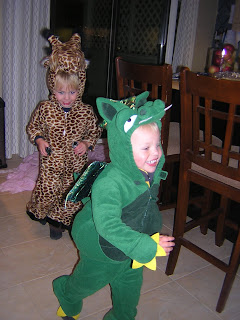 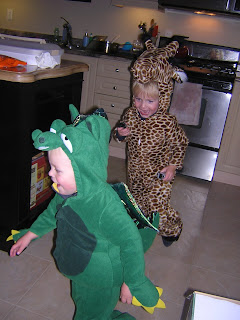 .....but the dragon managed to elude capture by roaring loudly and breathing fire on the giraffe. And laughing.
Posted by Shammickite at 16:22