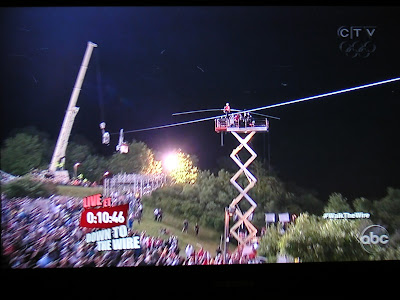 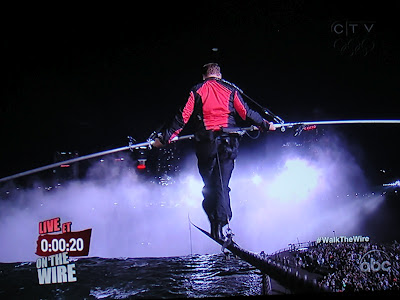 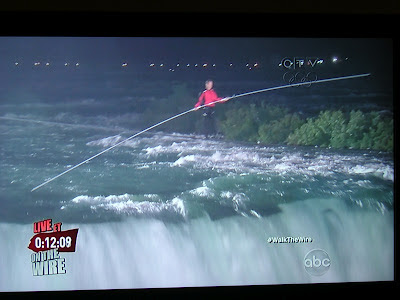 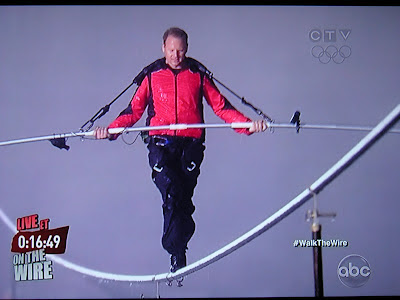 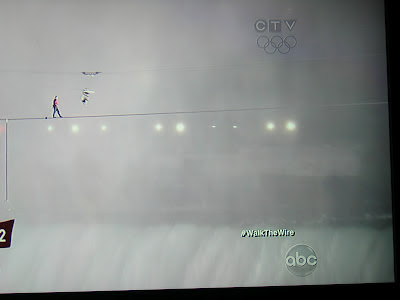 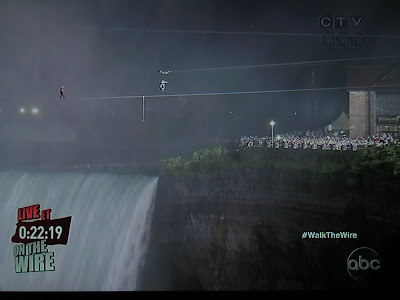 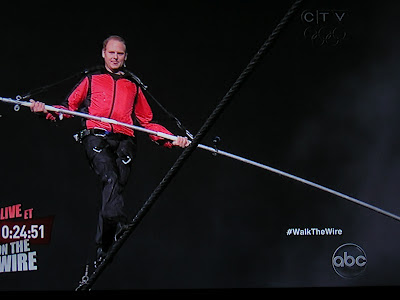 He did it! I don't really know why he did it, other than the fact that nobody else has ever done it, but he did it! What a spectacle. And he was so calm and collected, no sign of any nerves at all. I was more nervous than he was. Just cool confidence that he was going to reach the other side safely. And he even gave a couple of interviews from high above the Falls.
And when he finally reached the other side, two Canadian Customs Officers were waiting for him, and he had to produce his passport, just like any other traveller crossing the border between the U.S.A. and Canada.
Simply a slightly unorthodox form of travel, that's all!

Congratulations to daredevil Nik Wallenda. You survived all the publicity and hoopla, and you survived Niagara Falls. Here's what the Toronto Star had to say.

With the Olympics coming up soon, I wonder if high wire walking could be made an Olympic sport? Nik would win the gold, for sure.
Posted by Shammickite at 07:57