After a break of a couple of uninspired weeks, I've taken up my paintbrushes again. This is the view of the entrance to St Johns Harbour from Cape Spear. Part of a bigger photo that I took when I was in Newfoundland last September. 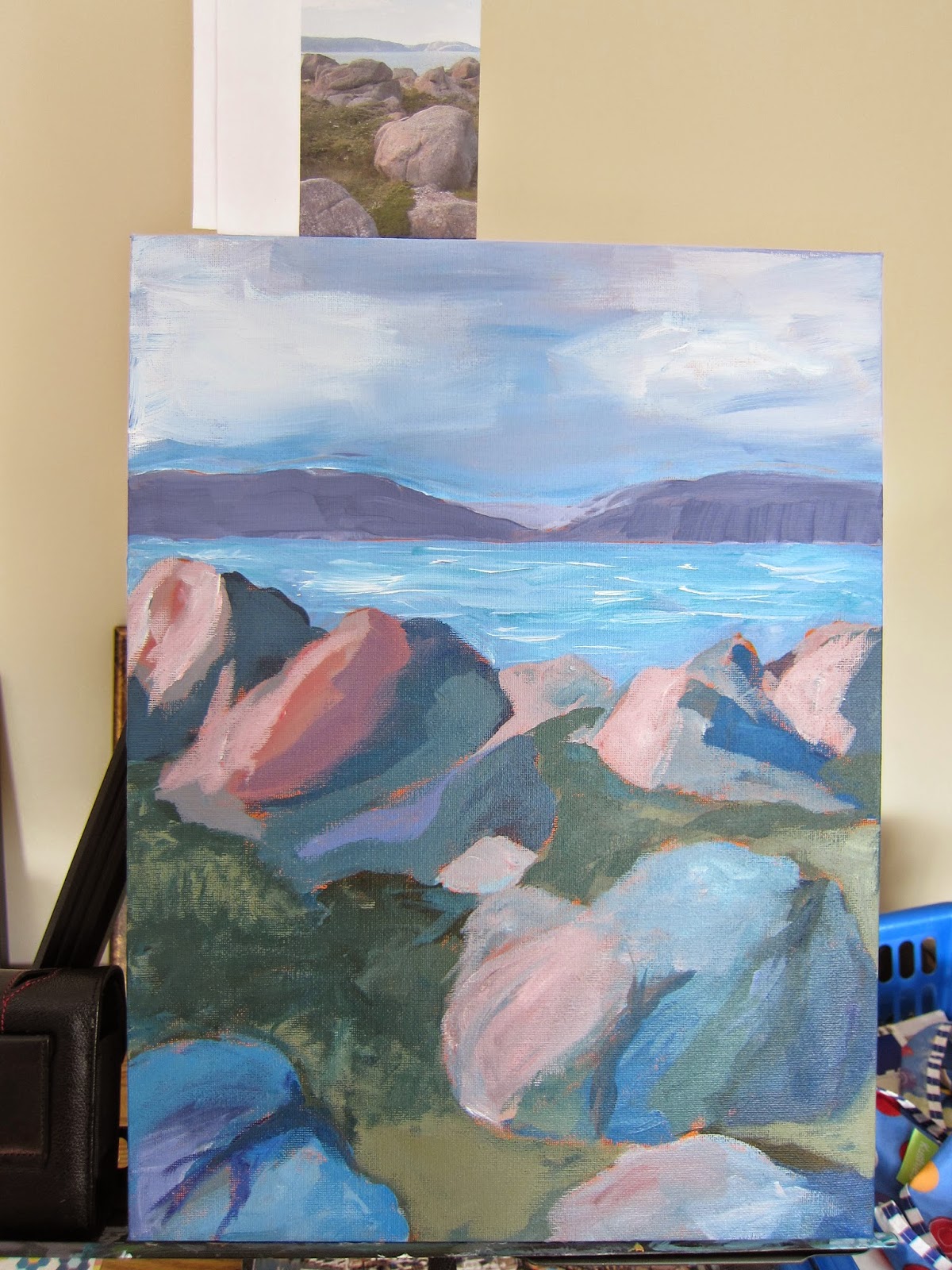 Still lots of work to do on it.
The colours are not right yet and the coastline in the distance should be softer. And the sea is never that delightful blue colour, well, maybe in the Carribbean, but not the North Atlantic. And I want the sky to be stormier, even though it was a lovely sunny day.

The canvas was underpainted in Cad Orange, and some of the orange is bursting through on the actual painting giving it some energy, but it doesn't really show in the photo.

I'll keep painting, and I'll post a pic when it's finished.... but is a painting ever finished? It's so hard to tell, there's always something extra to add. The trick is to know when to stop!

Meanwhile, my friend V and I have signed up for another 8 week landscape painting class, with a different teacher this time. And he has a completely different approach to art from our previous teacher, which is giving me nightmares! I think it will be hard to adapt to his way of thinking, but I'm willing to try. But I've already abandoned what we did in this week's class, and started again.... not a good sign!
Posted by Shammickite at 11:51