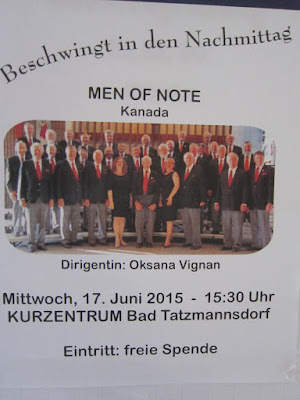 Bad Tatzmannsdorf is a small spa town of approximately 1500 people in the Oberwart district of Austria, and is one of Austria's leading health and wellness resorts.

The area was ruled by a Hungarian noble family as early as 1378, and has been settled by Germans, Turks and Croats through the centuries. It became a favourite health resort for "cures" for the Austrian aristocracy from the 1700s onwards.

We stopped for an afternoon for the Men of Note concert that was scheduled at the Kurzentrum Concert Hall in Bad Tatzmannsdorf.

One of the Men of Note members was born in Germany and is fluent in German, so was able to introduce the choir and the musical numbers to the mainly German speaking audience. Good idea, as the current repertoire is sung in English or Latin. 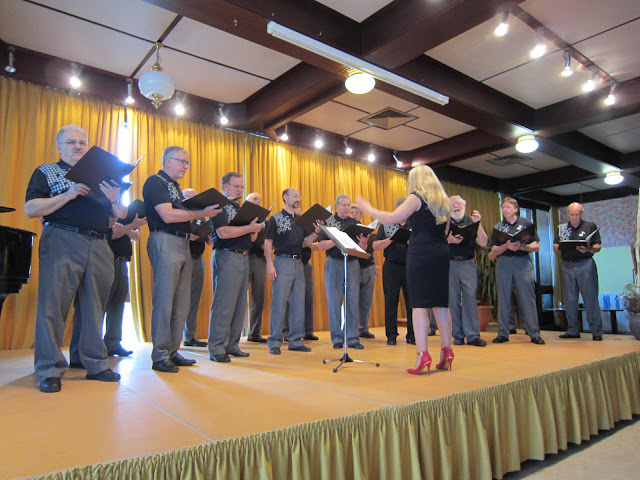 More pictures to come.
If you have visited Bad Tatzmannsdorf, leave me a comment and tell me about it.
Posted by Shammickite at 08:44