St. Mark's Square, Piazza San Marco, is the social, political and religious centre of Venice, and also home to shops in the Merceria displaying all sorts of touristy items, mostly overpriced. And of course, the inevitable teeshirt and hat booths enticing you to spend some euros on souvenirs to take home. 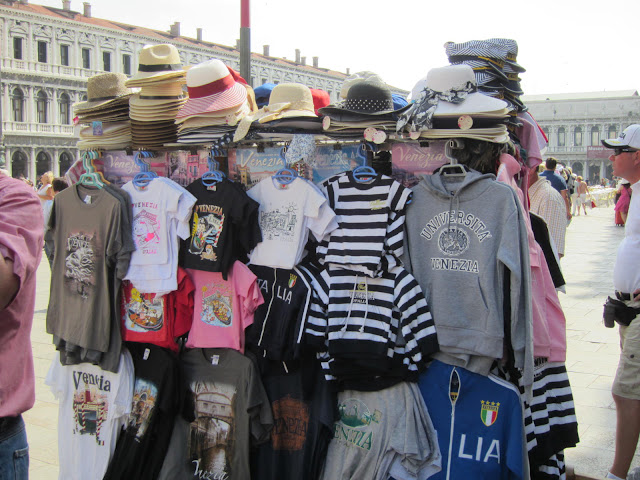 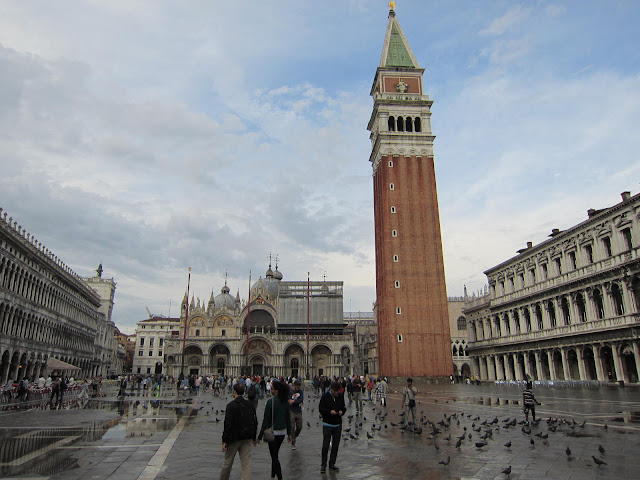 Piazza San Marco looking towards St Mark's Basilica and it's bell tower. The west facade of the church is comprised of great arches, and marble decorations, and Romanesque carvings around the central doors. The square is ideal for the fat pigeons who congregate there hoping for hand outs from the tourists.

St. Mark's Campanile is the free standing bell tower of the Basilica. The original 9th to 12th century bell tower was built on Roman foundations. Through the centuries the tower was damaged by lightning strikes and fire and was often under repair. In 1902 the tower collapsed (the caretaker's cat was the only victim, how sad) and was rebuilt on the same Roman foundations in 1912, 1000 years after the original construction. 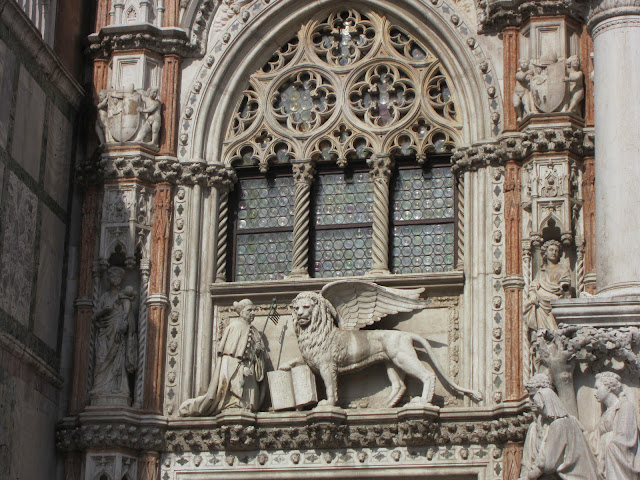 The front of Saint Mark's Basilica is covered with decorative carvings. The first St. Mark's church was completed in AD 832, burned in 976, and rebuilt in 978. The current church was consecrated around AD 1093, but has seen many changes since then. Gradually the outer brickwork became covered with marble and carvings. 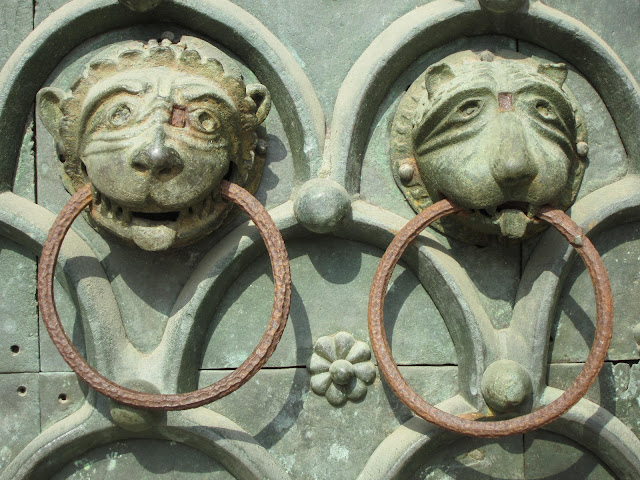 Details of the doors of the basilica. Each door shows a different animal face. Dogs? Cats? Devils? 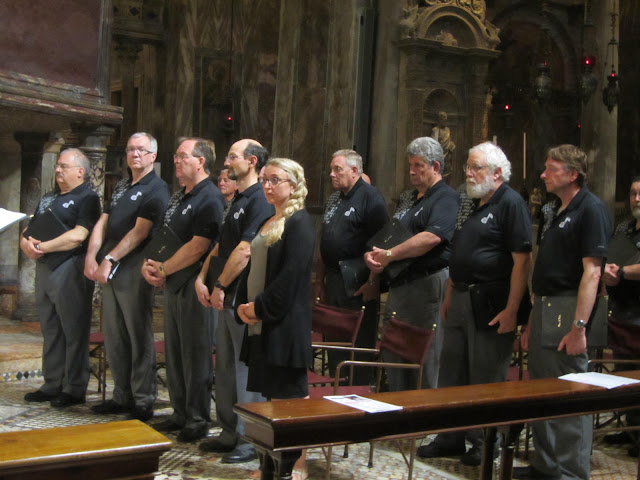 The Men of Note's first performance on the concert tour was at evening Mass in St. Mark's Basilica. What an honour to raise their voices in such a beautiful church. Some of their repertoire sung in Latin: Veni Creator Spiritus, Morte Christi, and Ave Maris Stella.
Unfortunately it wasn't possible to video the performance, even though we had prior permission.
No foto! Nessun video! Non possibile! 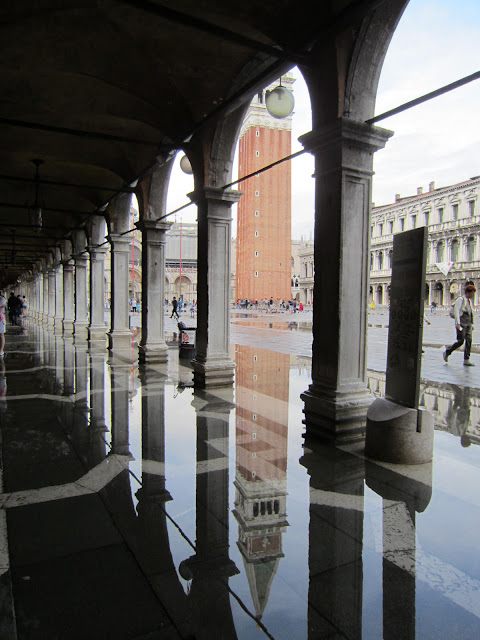 Most of Venice is built at sea level so after a very stormy and rainy day, the rainwater has nowhere to go, and water was bubbling up out of the drains to flood St Mark's Square. St Mark's Campanile reflects in the puddles.

more pictures to come
If you have visited Venice, leave me a comment and tell me about it.
Posted by Shammickite at 05:30