Cottage on the Lake

At the cottage, we had use of two kayaks and a canoe. YoungerSon is a keen fisherman, and went out on the water every evening to see if the fish were biting. I think he had plans to try his luck at 5:00am every morning, but plans don't always get acted upon at the cottage, specially when snoozing in a nice comfy bed. 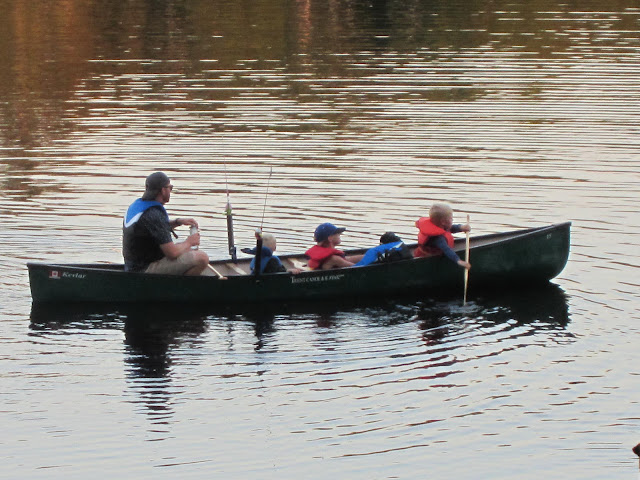 The children loved going out fishing. Callum was excited to catch his first fish ever. Emma caught the largest fish of the week, she said it was five feet long but somehow I doubt that. But as I wasn't there to witness it, perhaps it was! She also caught the smallest fish.... about the size of a goldfish. Max is a bit nervous in the canoe so he didn't fish, but he did some fishing off the dock. 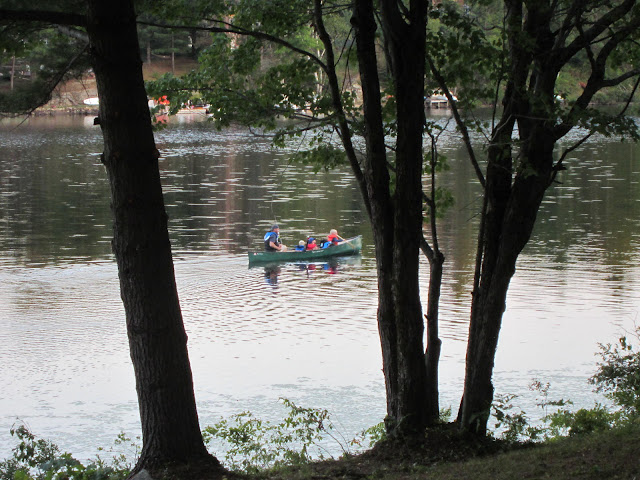 On the final fishing expedition, Isaac had a large fish on the line, but the fish got away, taking his fishing rod with it into the water. He was so upset. A new bigger and better rod is in Isaac's future before they go on the next fishing expedition. 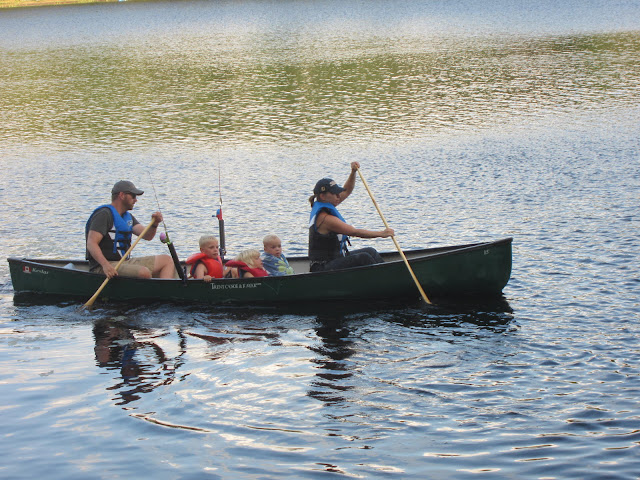 One by one they all got brave enough to jump from the canoe and the kayak into the deep water... PFDs compulsory! 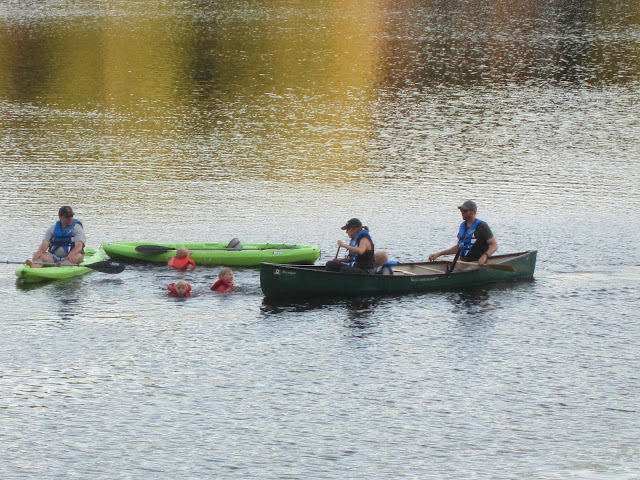 Max really wanted to jump in too, but he's a cautious soul, and held back for a long time, but eventually jumped into the water with a little help from Mummy. I told him he was very brave, but he shook his head. "No! I'm not brave," he said. "Mummy threw me in!"
Lots of happy summer memories being made here.
Posted by Shammickite at 09:57