Jerome, Arizona.    Founded in 1876 in the Black Hills of Yavapai County 5000 feet above sea level, Jerome was once the fourth largest city in Arizona Territory. It had the largest copper mine in Arizona, producing three million pounds of copper per month.  The copper returns were pure profit as the mine operating expenses were covered by the extraction of other minerals..... gold, silver, lead, zinc, azurite and malachite.

Prehistoric Native Americans were the first miners. The Spanish looked for gold, but found copper. The first claims were staked in 1876 and United Verde mining operations began in 1883 after the Little Daisy claim.

Once known as the "Wickedest Town in the West", Jerome grew from a tent city to a prosperous town, inhabited by a mix of nationalities, all intent on making a fortune in the mines. Miners, smelter workers, freighters, gamblers, storekeepers, prostitutes and preachers, barkeepers, wives and children.... all citizens of the mining town.

In 1882, Jerome's first postmaster named the mining town after the family of financier Eugene Jerome. It was incorporated as a town in 1899, after a number of fires destroyed buildings and the town had been rebuilt. 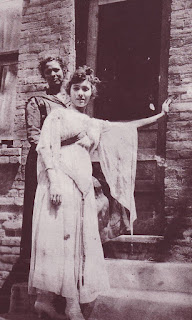 With women in the minority, "soiled doves" found plenty of hardworking miners in Jerome willing to pay for companionship. Although it was illegal, enforcement was inconsistent. prostitution was in integral part of life throughout the mining years.
It must have been a rough life. 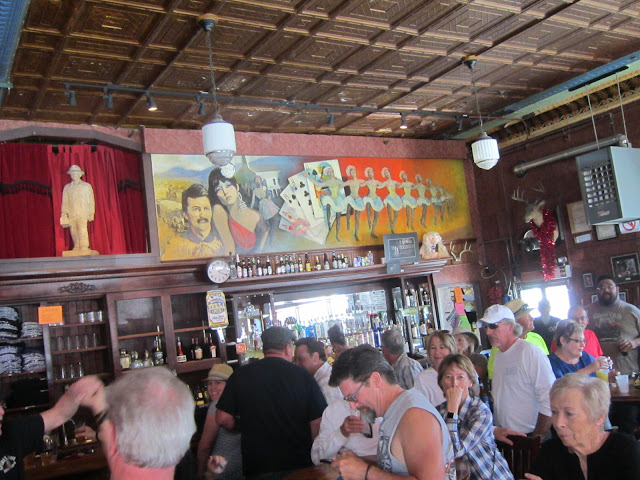 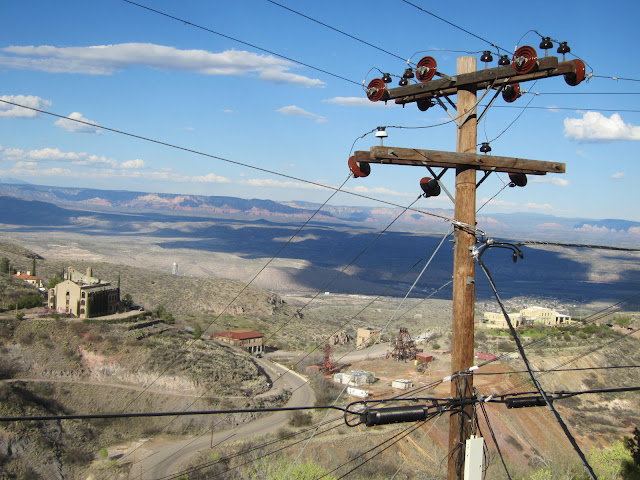 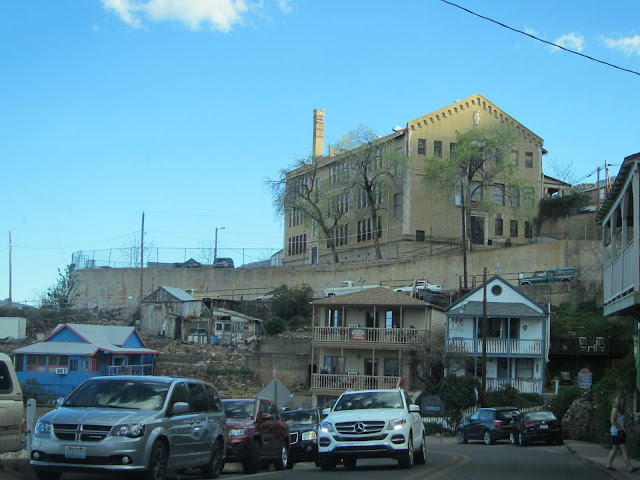 The Jerome Historical Society was formed in 1953, the year the mines closed. It's no longer a ghost town, thriving with tourist shops and artist's studios. It's been designated a National Historic District and the appearance of the streets and buildings has not changed much in 100 years, although much restoration has been completed, and more is planned.

The miners are gone, the current population includes artists, craft people, musicians, writers, hermits, historians and families. I'd love to go back and explore more of the streets, and perhaps buy something made of local copper.
Posted by Shammickite at 10:30