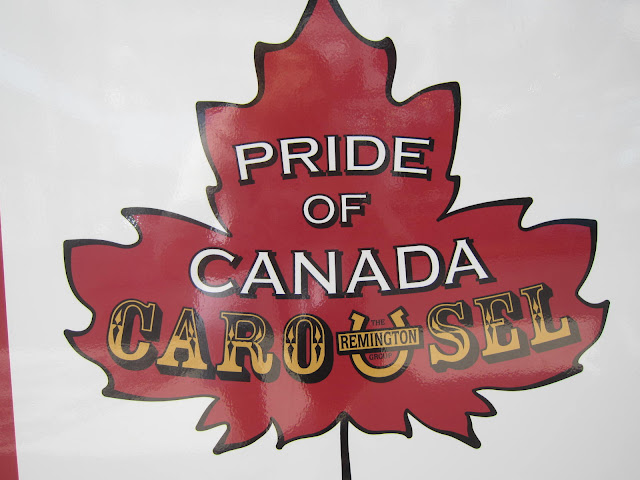 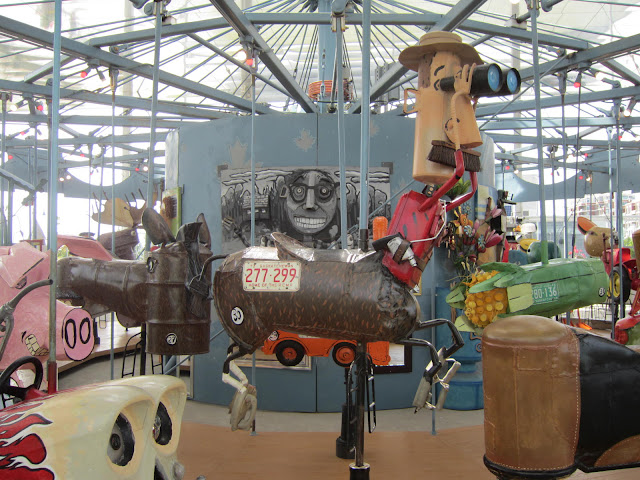 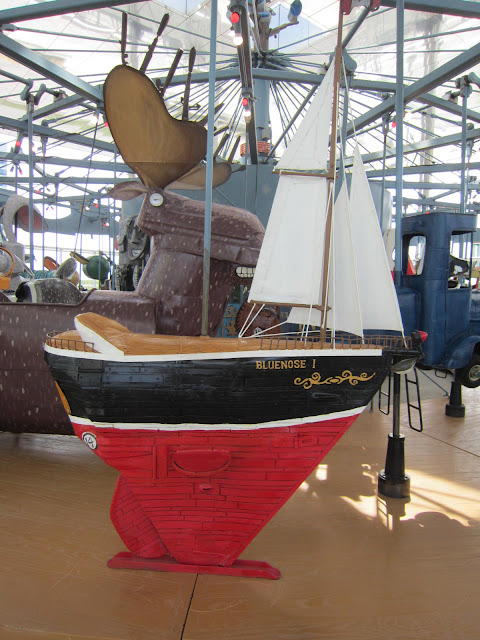 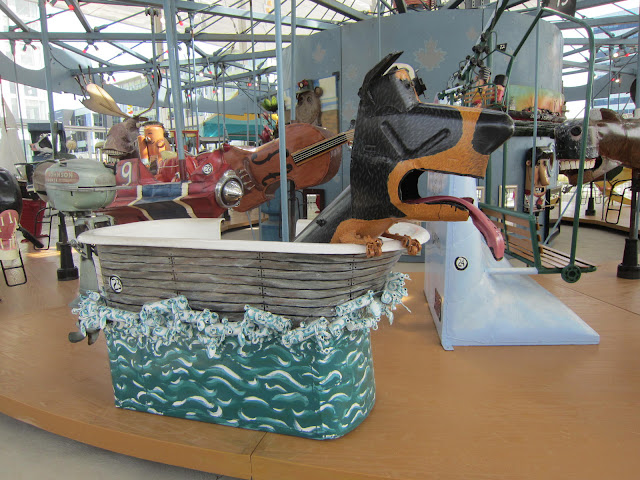 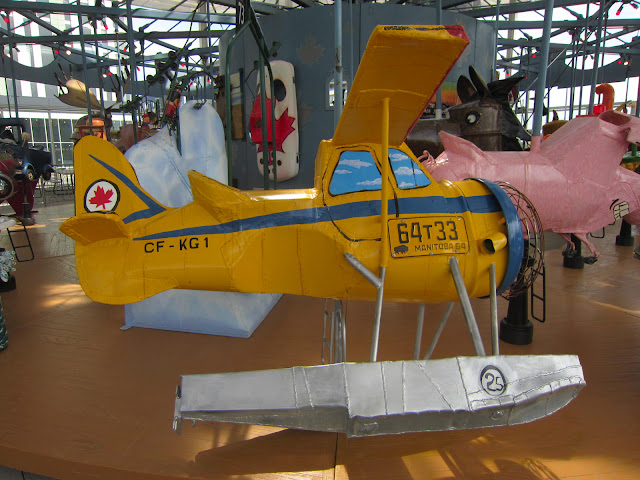 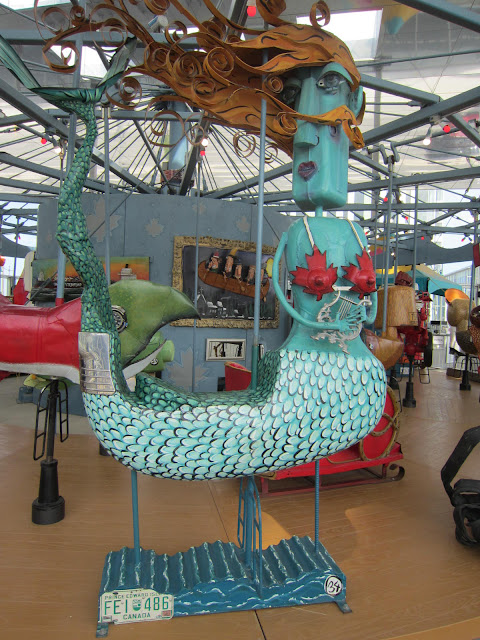 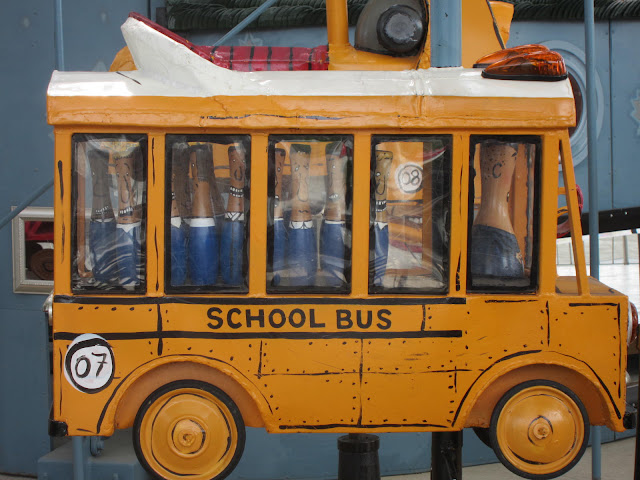 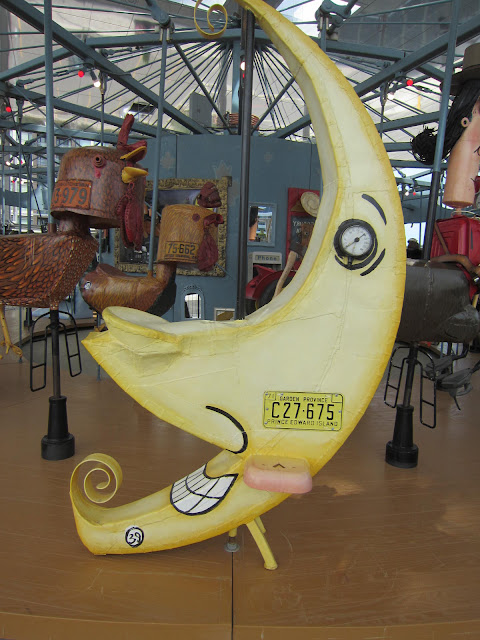 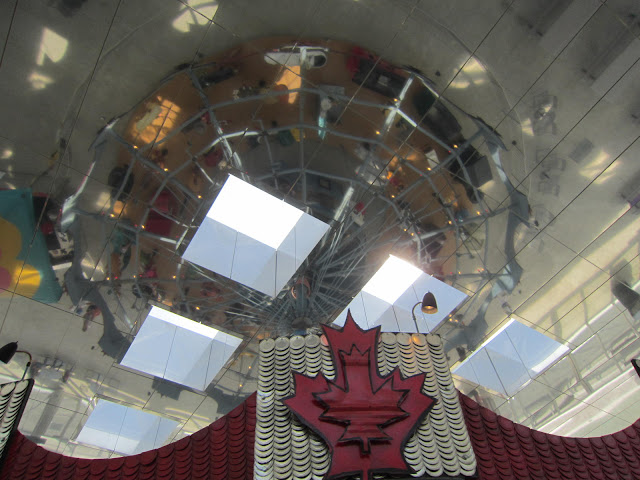 A view looking up at the reflection of the carousel in the roof. Rides are $2.00 for only about 2 minutes.... rather expensive I think, could cost a lot to take all the grandies there because I'm certain they'd want to ride on all the different creatures. One ride just would not be enough. More pics to come....
Posted by Shammickite at 20:36