Of course, any trip to Scotland always involves the sounds of a true Scot playing the bagpipes. This piper was busking on the Royal Mile in Edinburgh. 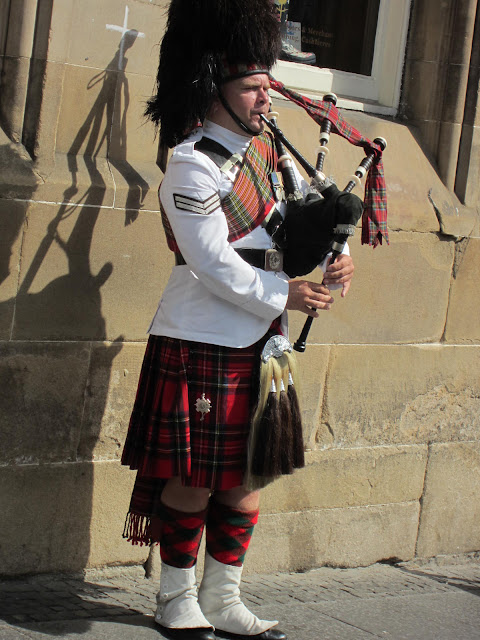 The Royal Mile is the main tourist destination in Edinburgh so of course, there are all sorts of shops selling Scottish "stuff". Woolly hats and scarves, Scottish flags, whisky flavoured chocolate, fluffy toy lambs and highland cattle. Lots of these whisky shops, with many different single malt Scotch products for sale. I'm not much of a drinker, and I don't think I have tasted Scotch at any time during the last 30 years.... however visiting Scotland meant that I had to try a sample (or two!), and you know what? The stuff's not as bad as I thought it was going to be! 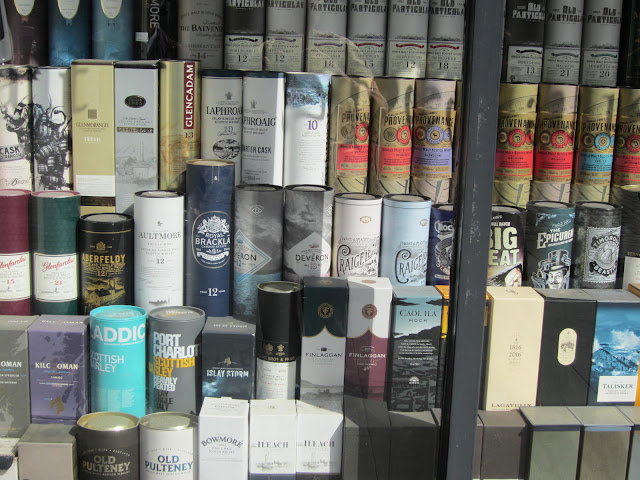 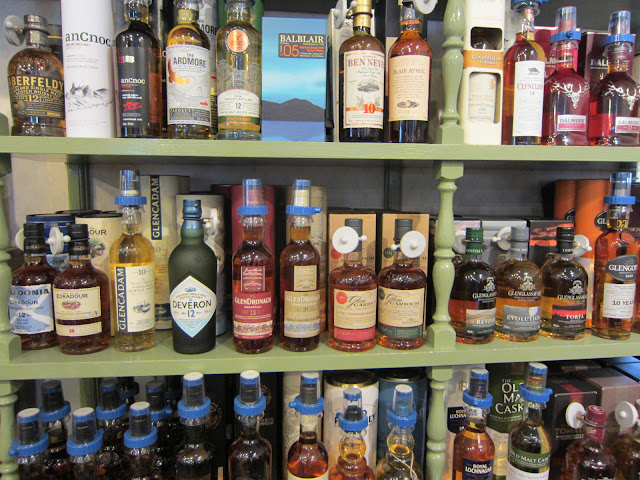 Scotch doesn't simply come in bottles.... here's a glass stag full of the stuff. You can take this home for 300 pounds. Good luck carrying it on the plane though. 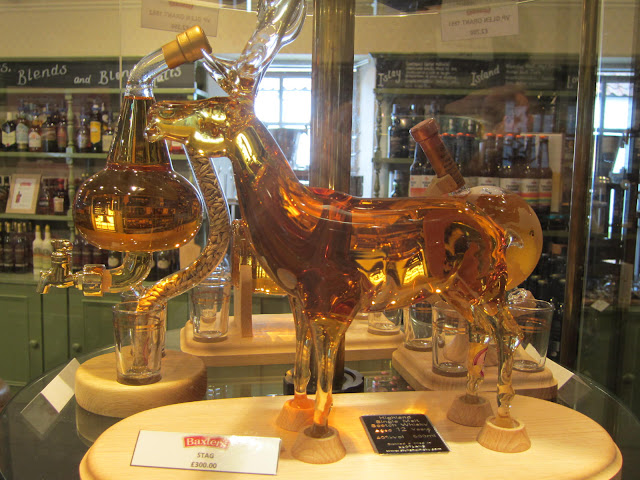 And here's the real thing. The Monarch of the Glen by Sir Edward Landseer, painted around 1851 and currently on display at the Scottish National Gallery in Edinburgh. Magnificent! 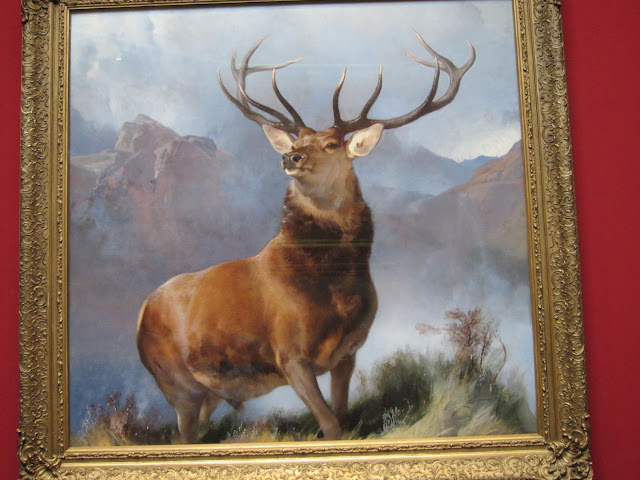 The Monarch of the Glen is one of the most famous British pictures of the nineteenth century; for many people it encapsulates the grandeur and majesty of Scotland’s highlands and wildlife. Here Landseer depicts a monumental and precisely defined ‘royal’ or twelve point stag – a reference to the number of points on its antlers. Many of his paintings show interactions between humans and animals, but in this, his most well-known work, a single emblematic creature is viewed in a moment of exhilaration. It became widely admired in nineteenth century, when it was reproduced in prints, and achieved even greater renown in the twentieth century when it was employed as a marketing image for various products, so endowing it with global recognition.
Posted by Shammickite at 12:25