It was a bright sunny morning in July and I was enjoying the view from Signal Hill, looking over the Atlantic Ocean, a great vantage point for watching the marine traffic that goes in and out of St John's harbour.
According to the Oceanex web site, Oceanex is a leading provider of intermodal transportation solutions to Newfoundland and Labrador from anywhere in North America. They have a fleet of ice-class vessels operating through the ports of Montreal, Halifax and St John's. 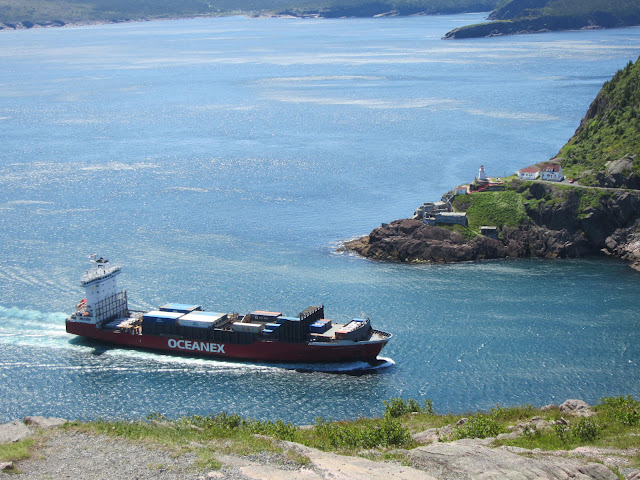 At the mouth of the harbour in the background is the lighthouse at Fort Amherst. It was built in 1951, the third lighthouse built on that site.  Below the lighthouse on the cliff are the remains of gun emplacements and pillboxes built during WWII to defend against German U-boats. Two of the guns are still there, but rusted over now. The original fortifications were built in 1770, but no longer visible. 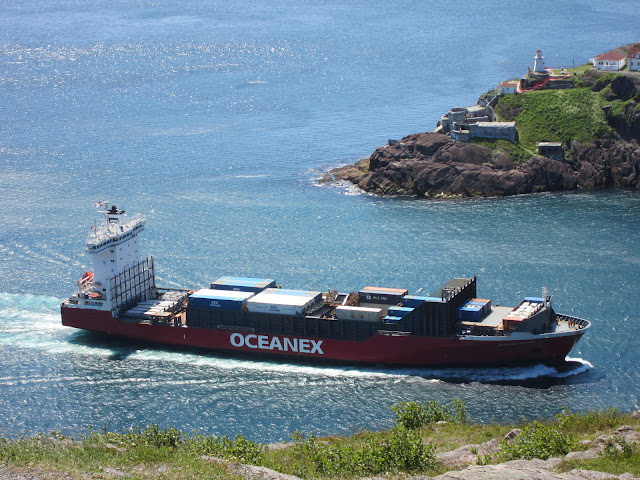 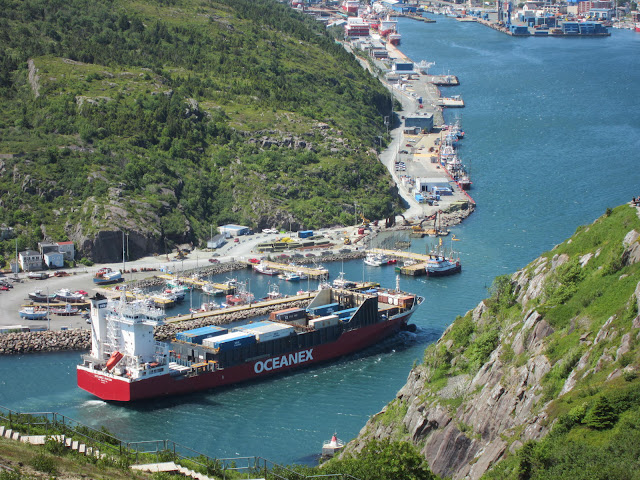 Navigating a large vessel through the entrance to the harbour requires the services of the Pilot. The Narrows is the only entrance to St John's harbour, and at it's narrowest point is only 61 metres wide.  Not much room for error! It's about 11 metres deep. In the late 18th century a defensive chain was erected across the narrows from Chain Rock to Pancake Rock which could be raised in the event of enemy ships advancing into the harbour. During World War II a steel mesh was installed to prevent enemy submarines from entering the harbour. 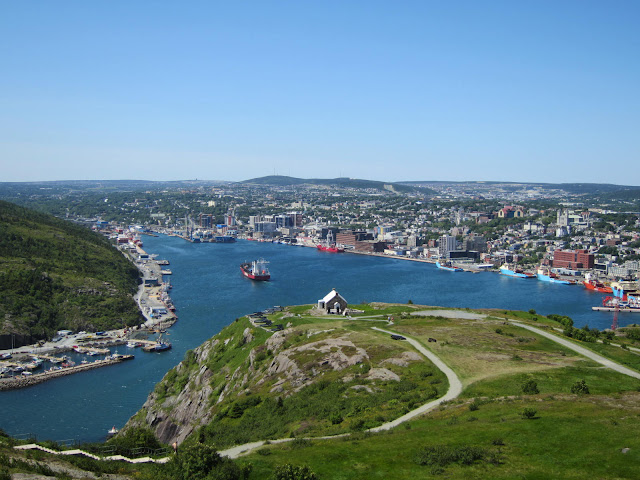 The Oceanex vessel was heading towards the Oceanex Terminal at the far end of the harbour. It's the largest general freight terminal in Newfoundland, and is the only container, trailer, and RoRo terminal in the Port of St John's. (RoRo = Roll on / Roll off, like a car ferry)

A week after I left St John's this ship visited the harbour. 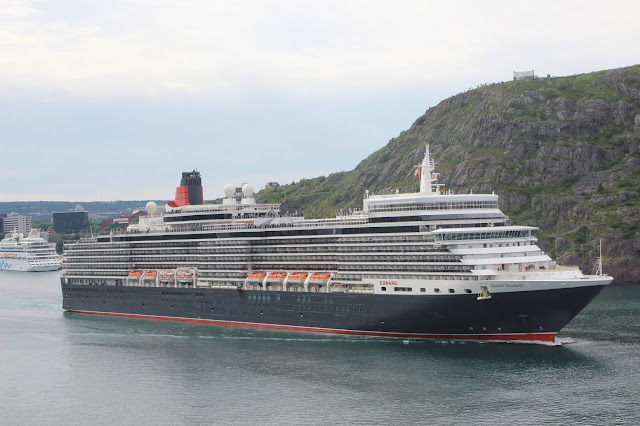 Photo borrowed from Dean Porter at http://wwwshipshots.blogspot.com/. Thanks, Dean.
Cunard's Queen Elizabeth, probably one of the largest ships to ever enter St John's harbour. She was built in 2010, is 964 feet long, and can carry over 2000 passengers and 1000 crew. That's a crew member for every 2 passengers! I wish I had seen this!
Posted by Shammickite at 08:56