A friend with a large rhubarb patch called me and said "It's ready! Come and get some!"
So I did. 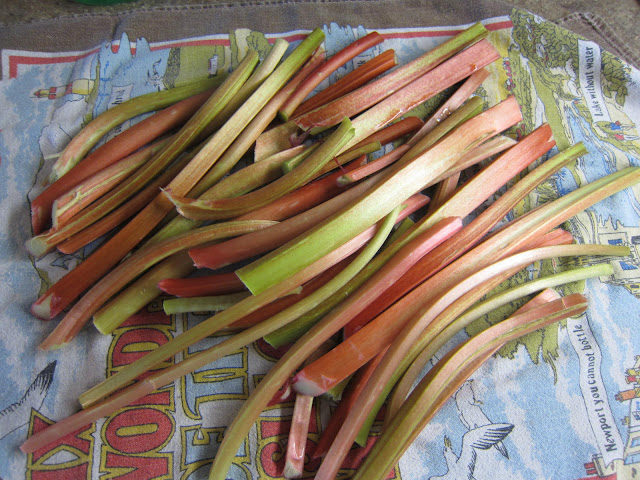 Rhubarb is classified as a vegetable, but is generally used as a fruit in desserts and jams.  It's strange that the stalks can be eaten, but the roots and leaves are poisonous and contain oxalic acid.
When I was a child, there was nothing better than to sit on the ground next to the rhubarb with a bowl of sugar and dip the young rhubarb stalks and eat them raw. Sour but yummy!
So this is what I did with the rhubarb..... 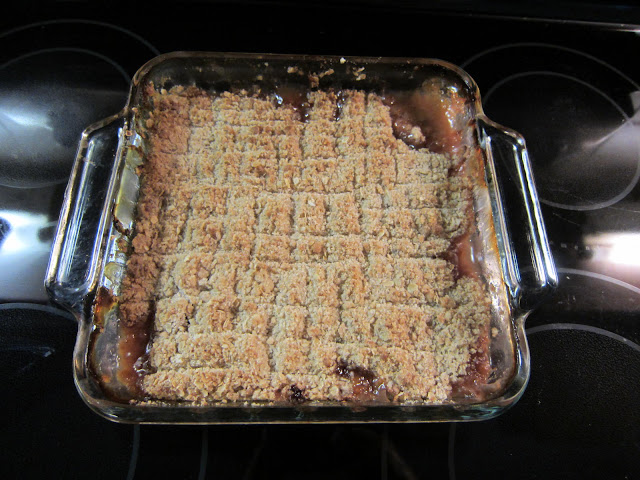 Rhubarb crumble. I had some for dessert. Good with a scoop of icecream, but even better with lashings of custard!
Posted by Shammickite at 10:07