After cruising over the shipwrecks, we headed out into Georgian Bay, passing Big Tub Lighthouse. The original lighthouse was built in 1885 at a cost of $675. It was later replaced by this six-sided, 14 metre (43 foot) wooden lighthouse. 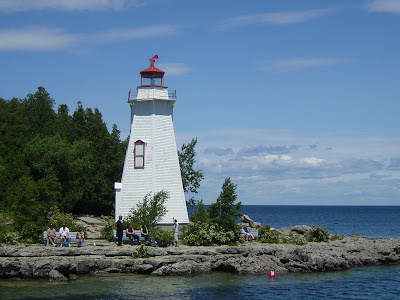 The summer waters here look calm, but the autumn storms can be furious. Cove Island Lighthouse has marked the safe passage for sailors between Lake Huron and Georgian Bay since 1858. 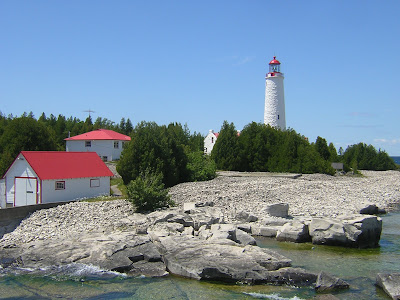 The shore of Cove Island is rugged and rocky, and the water is cold and clear. Too cold for swimming or diving without a wetsuit.
Some of the cedars clinging to the cliffs are among the oldest living trees in the world at over 1500 years old. There are even black bears and mississauga rattlesnakes living on Cove Island, and of course, it's a birdwatcher's paradise. 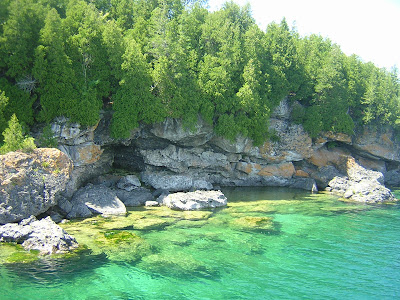 And on to our final tour boat desination.... Flowerpot Island, so called because of the strange rock tower formations on the shore. 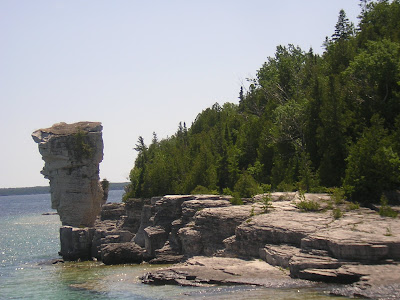 Only two of these rock formations survive. A third rock stack collapsed in 1903. 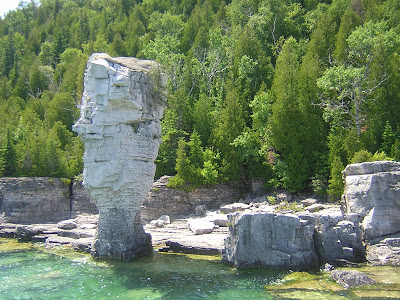 Erosion from the stormy waters of Georgian Bay has worn away the softer rocks. Efforts have been made to strengthen these "flowerpots" in the past, by fortifying the base with more rock. 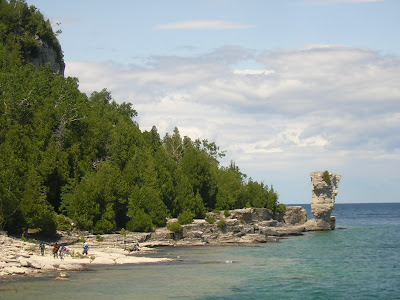 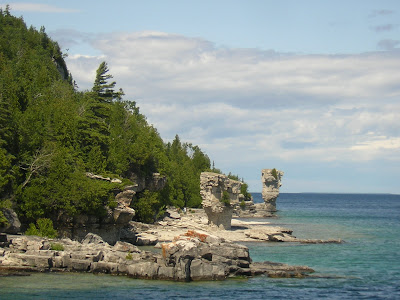 It's possible to take a ferry out to Flowerpot Island and spend the day on the hiking trails and explore the "flowerpots" on foot.... maybe we'll do that next time.
Posted by Shammickite at 08:59