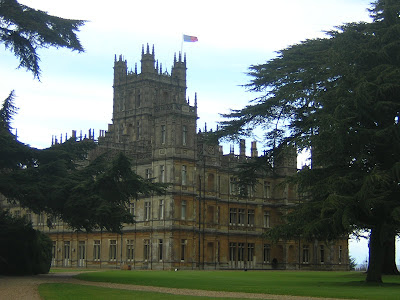 Highclere Castle is the home of the Earl and Countess of Carnarvon.

The Carnarvon family has lived at Highclere since 1679, and the current Castle stands on the site of an earlier house, which in turn was built on the foundations of the medieval palace owned by the Bishops of Winchester for some 800 years.

The current (8th) Earl and Countess live partly in the Castle and partly nearby but remain closely involved in the Castle's day to day life.

It was 90 years ago in 1922 that the 5th Earl of Carnarvon and Howard Carter discovered the Tomb of the Egyptian Boy Pharaoh, Tutankhamun . 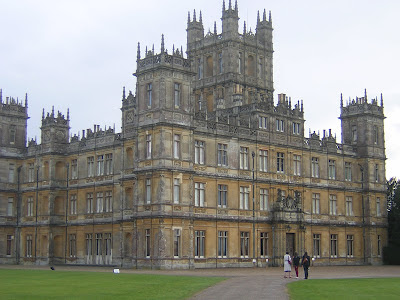 People have lived here for over 1300 years. The house was transformed into a grand mansion starting in 1838 and completed in 1878. There are 11 bedrooms on the first floor, and 40-50 on the next floors which are no longer used.

We toured the ground floor walking through many of the rooms that were used in the TV drama. No pictures allowed, sorry. Then we had a cuppa tea in the servants quarters in the cellar. How the other half lived, indeed!


For more about my trip to England, please scroll down to previous posts.
Posted by Shammickite at 08:58