This humble unassuming little place started to go up a couple of years ago on a hillside with a fantastic view over the city of Toronto. On a fine day, you might be able to see the spray from Niagara Falls. But it would have to be a VERY fine day.

Who was it built for? Rumours were flying at top speed. 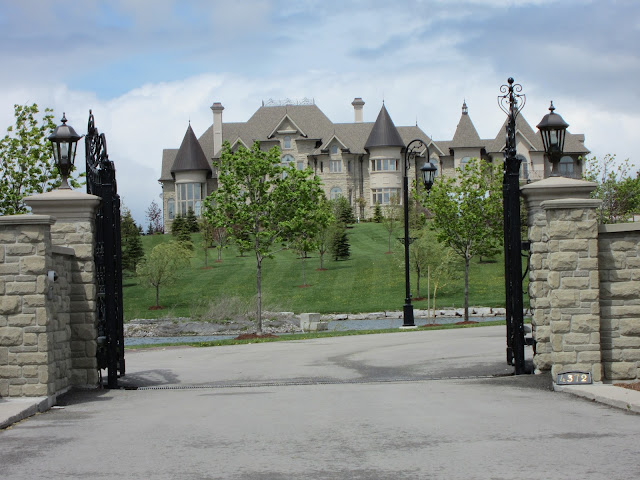 It was rumoured that it was to be a country home for Sir Elton John and David Furnish, just for use when they need to visit Toronto. But Sir Elton hasn't shown up yet. And he already owns at least five other homes around the world so why would he need another one?
Then there was a story that it belonged to a kingpin in the Russian Mafia. Nope. Nyet.
Then it was being built for an Italian millionaire. Who knows?

I just hope that if they have an Open House, I get invited.
Posted by Shammickite at 20:16