This silly pigeon got trapped in my basement window well overnight. He didn't seem keen to leave so I managed to get him standing on a shovel and lifted him out. He promptly went to hide behind my bushes. Apparently he spent yesterday on my neighbours porch and actually went into someone's house the day before. A very friendly pigeon. 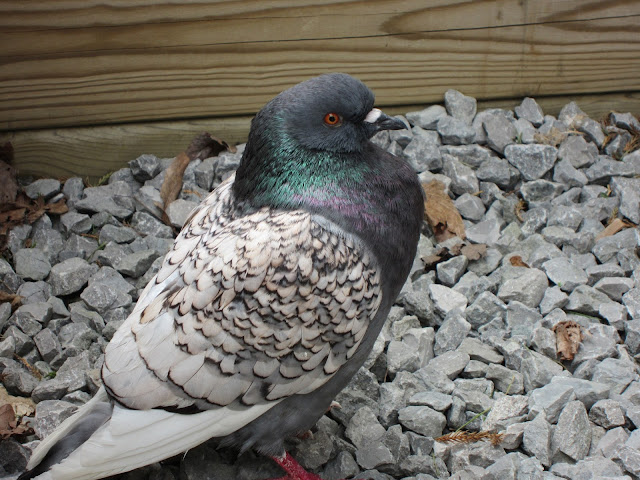 But there was a thunderstorm approaching fast so I quickly went inside. The lightning flashed and the thunder rumbled, and suddenly the heavens opened and there was a torrential downpour, not only rain but hailstones too. There's my garbage can happily sailing down the street in the company of another garbage can from somewhere further up. 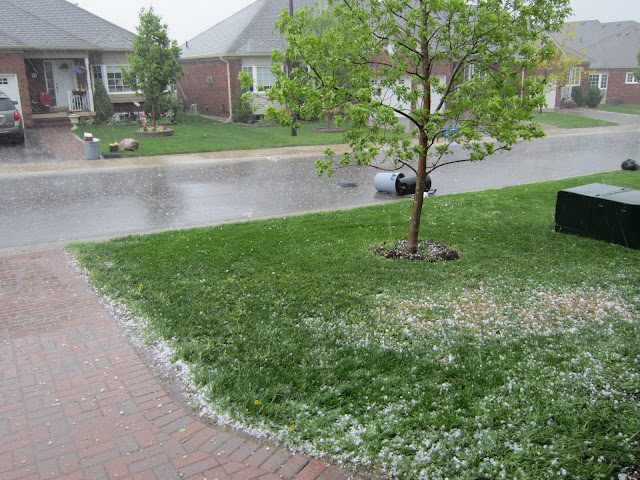 I braved the storm to scoop up some hailstones. Some were perfectly round and pure white. Others were irregular shaped chunks of ice. The largest were just over an inch in diameter. Good thing I parked my car in the garage just before the storm hit. 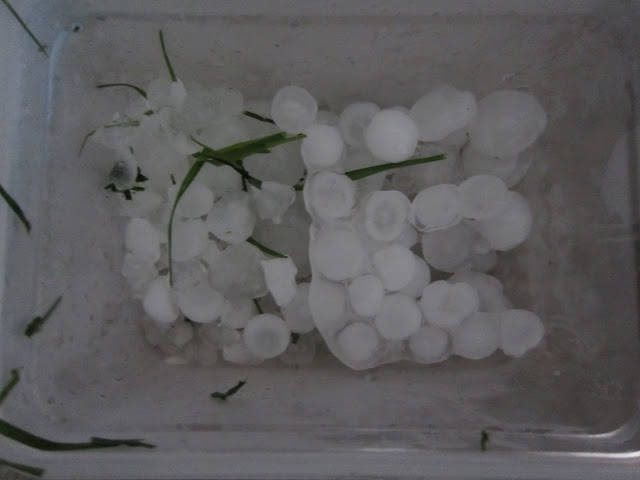 And then I looked for the pigeon.... not in the window well and no longer behind the bushes. I hope he's OK. Being hit on the head by one of those chunks of ice wouldn't be much fun.
Posted by Shammickite at 15:40