Yes it's me.... finally! I seem to have mislaid my blogging mojo for the past few weeks. Probably because I ran out of things to blog about, and it was the dreary last months of winter. But May is here and I'm determined to get this blog moving again.

I've been keeping up with Postcrossing and have had lots of wonderful postcards from people I'll probably never meet from all around the world. It's a great feeling to open the mailbox and instead of bills, find a colourful postcard. Even OlderSon has joined! 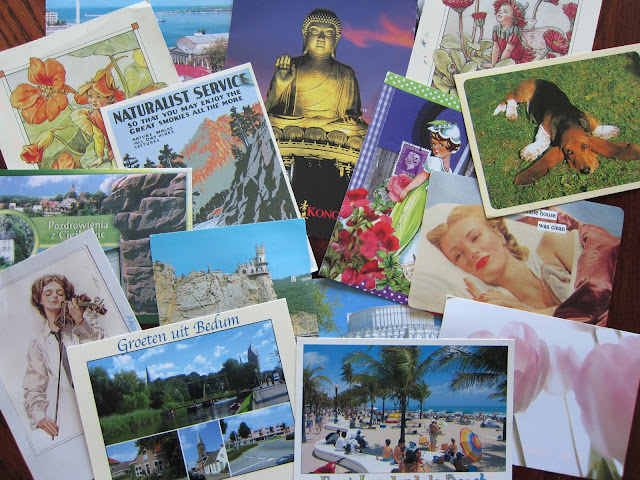 And the big news around the City of Toronto is that the Toronto Maple Leafs (our ice hockey team in case you didn't know) are in the Stanley Cup playoffs for the first time in nine years! Or is it ten years? Makes no difference.... as they last actually won the cup back in the1966/67 series.
Lots of support for the team in spite of huge prices for playoff tickets. Even the sign outside the neighbourhood church..... 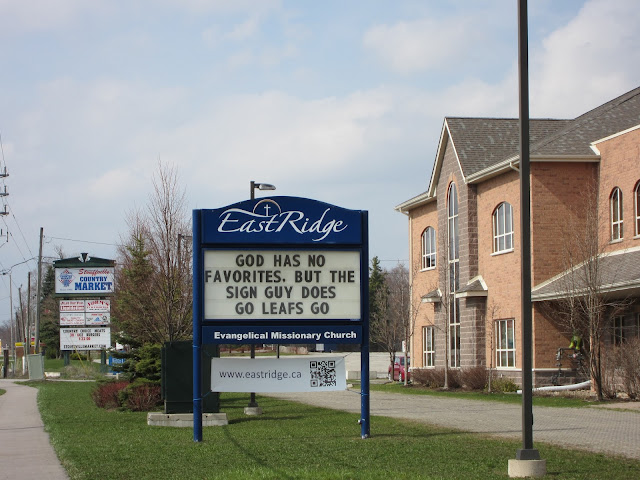 Update: Sadly the Leafs lost the first game to Boston 1-4. Keep your fingers crossed for the boys in blue.
Posted by Shammickite at 18:08