We planned a Family Excursion to the new Ripley's Aquarium in downtown Toronto. I bought tickets on line a couple of weeks before we went, saving a long line up at the ticket booth, not something we wanted to experience with excited children.  It's not a very big building, but there's lots to see and do. The Canadian Waters Gallery features 17 exhibits totaling over 665,000 litres. And that's just the first gallery, there are 7 more! 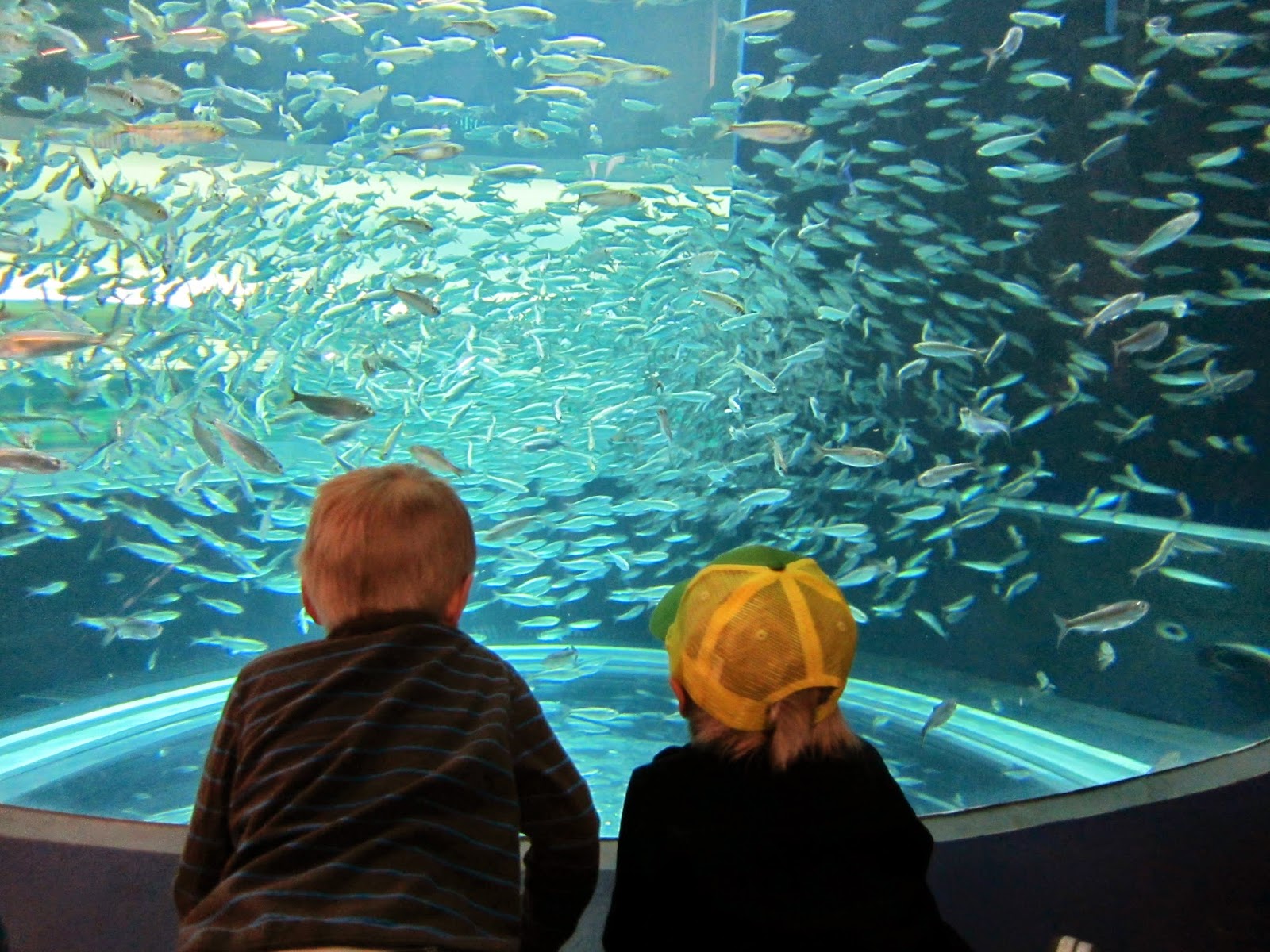 A giant American lobster. Surf and Turf, anyone? He was enormous! 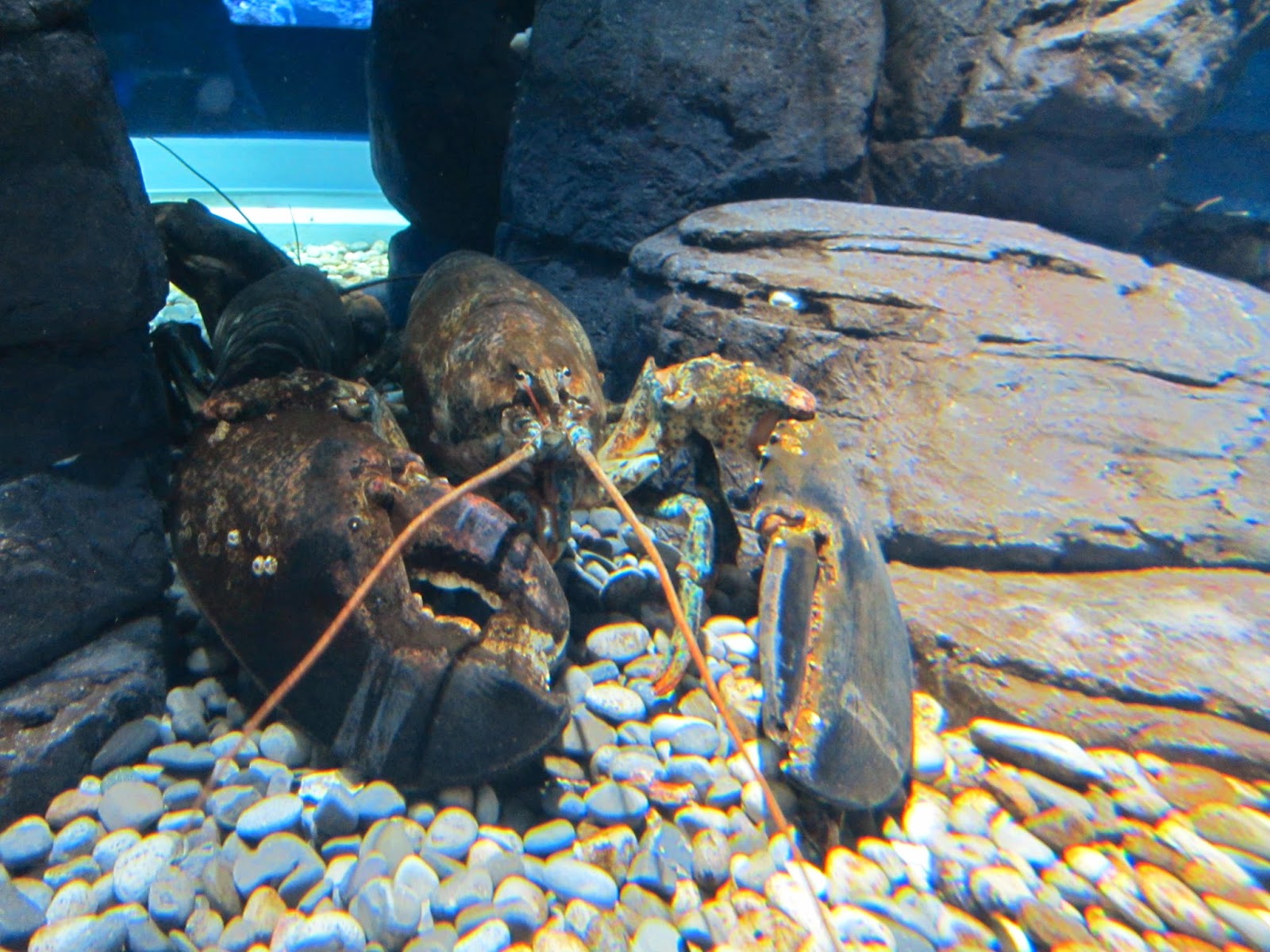 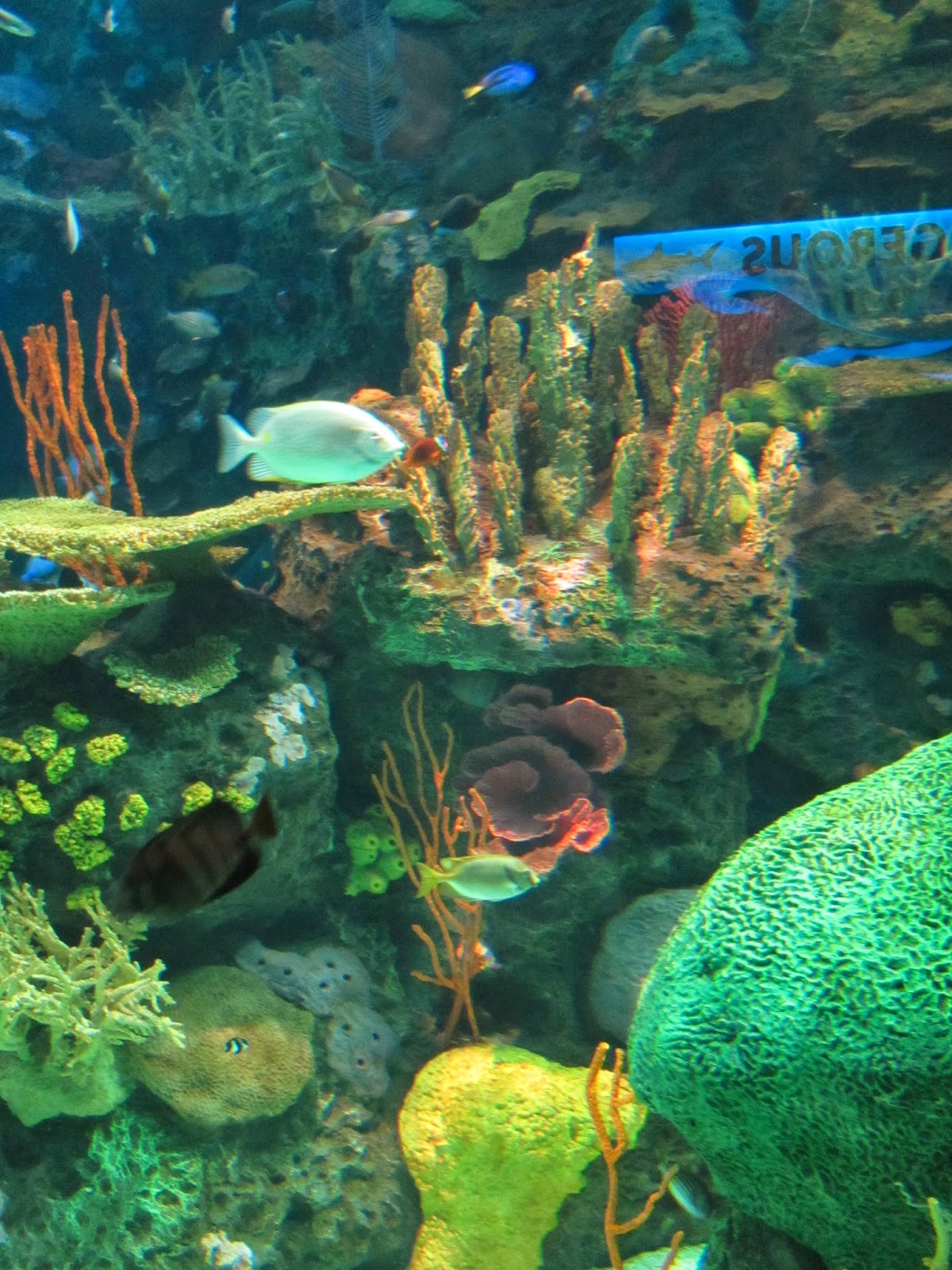 Callum and Isaac tried swimming with the fish. No, not really, they crawled up a tube into the middle of the tank. 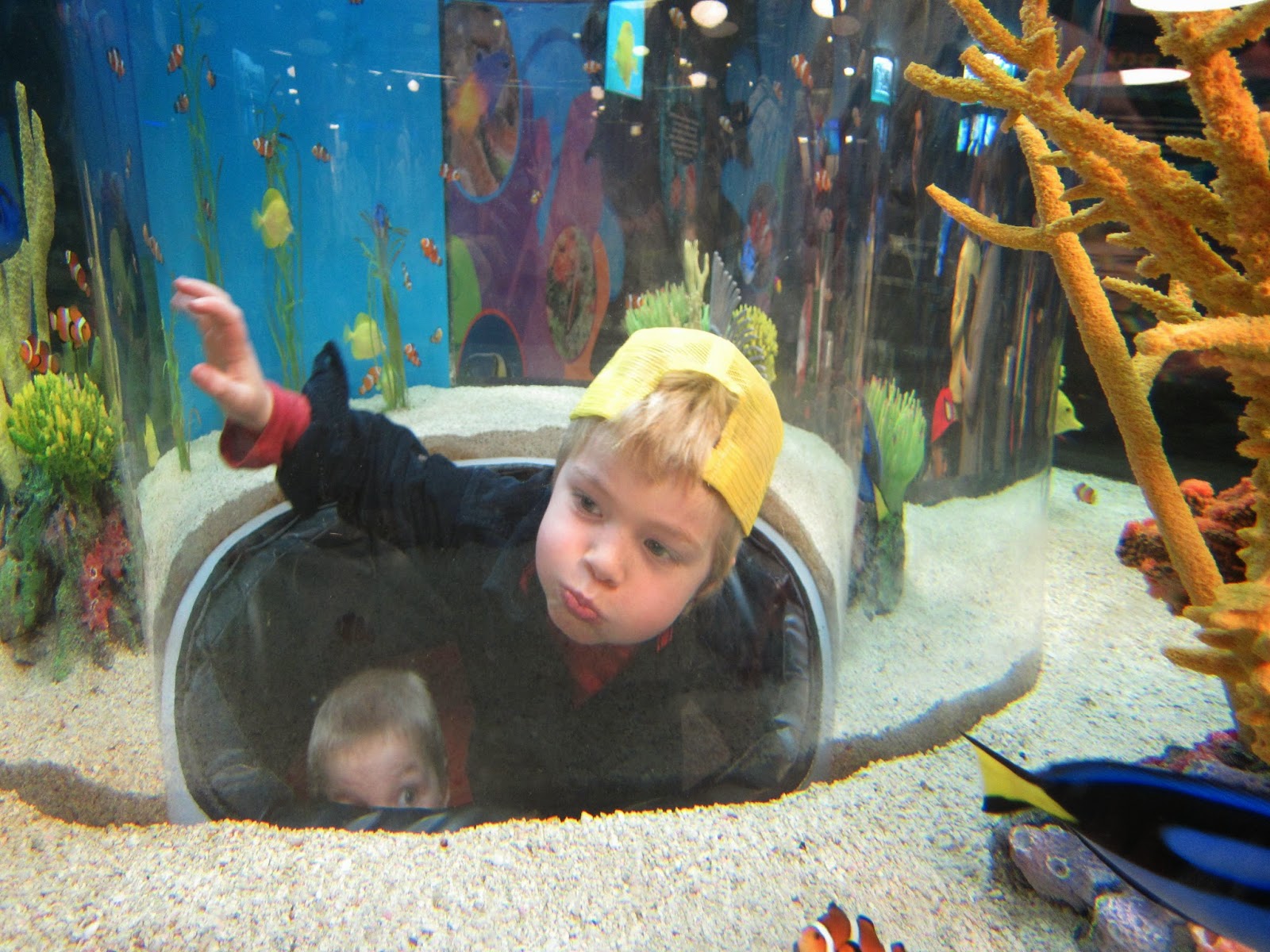 Halfway through the aquarium there's a children's play area and a snack bar. We took our lunch with us, so we ate on the benches next to the kids area, giving us all a break! The aquarium has only been open since late 2013 so it's a very popular place and quite busy. More pictures in a day or two.....
Posted by Shammickite at 16:26