I don't really know why it's called Revel, but the installation in our local Art Gallery by Canadian artist Ed Pien is fascinating.  And dreamy. And haunting. And more than a little weird. I want my grandchildren to see it.

Here's what the gallery curator says about it:
Revel is like a dream. Upon entering the gallery you become immersed in that dream. Projected light fills the space through a large transparent spiral structure and within the light you catch glimpses of a figure in silhouette. The figure is the shadow of a young woman who gently attends to floating objects that resemble tiny houses and buildings, all within a cloud of organic forms and all appearing upon the gallery wall. As you move deeper into the space you literally become part of the scene as your shadow starts interacting with the shadow of the figure before you. If there is no-one else in the gallery with you it is a little unnerving to be shadow dancing with a ghost.
For Revel, Pien has created an eight-foot high, clear Mylar, spiraling screen that has been meticulously cut into a jungle of branches and organic forms. Several 3D sculptural forms are nested within a web of lines that are suspended from the ceiling at the center of the screen, casting their own shadows.

I walked between the spiral layers to the centre of the transparent labyrinth, with the image of an ethereal woman dancing around me and reflections like shimmering water on the walls. Quiet music was playing. My photos don't do the room justice. I think this is an installation where you have to be there and experience it in person! 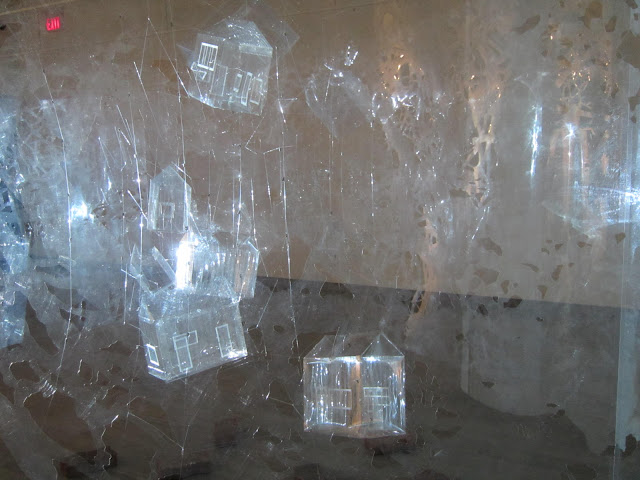 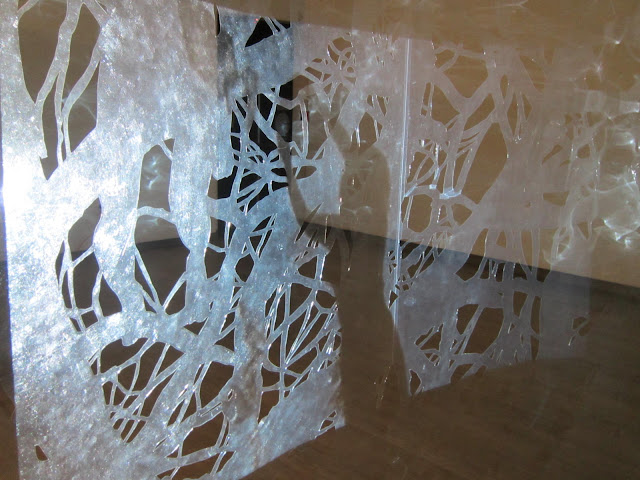 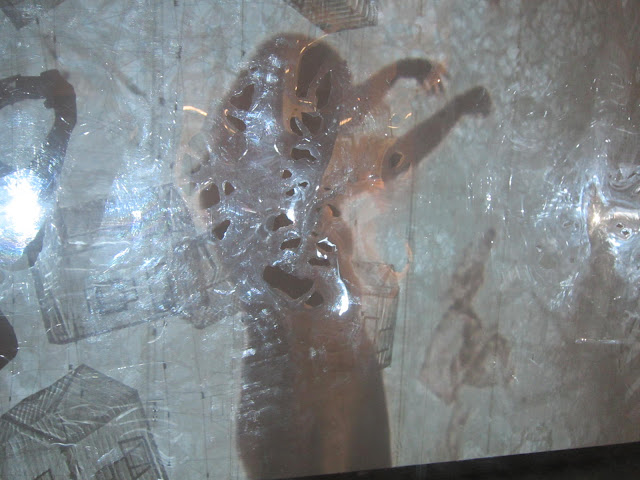 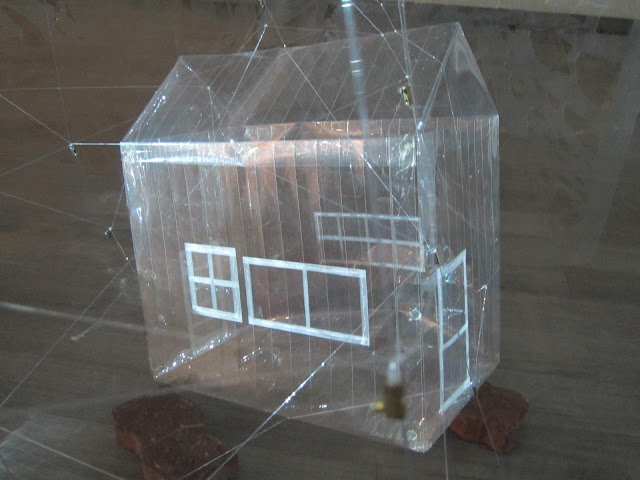 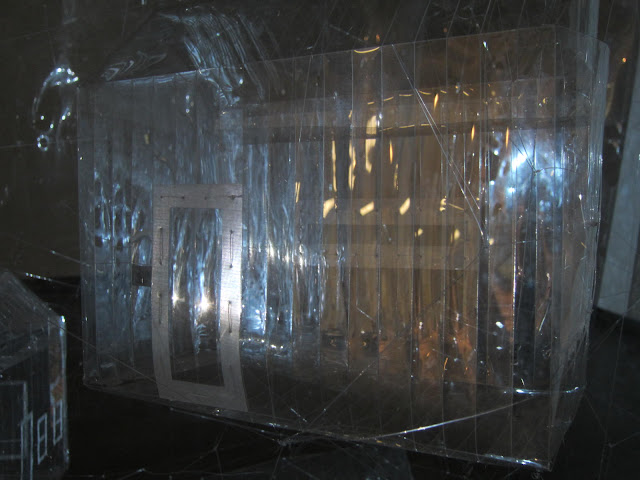 The creator of this piece, Ed Pien, will be giving a talk at the Gallery about his work at the end of June. I'm definitely marking my calendar and intend on being there, just to find out what all this means.
Posted by Shammickite at 17:19