Have you heard about the musical production Come From Away? It's the story of the more than 7,000 passengers and airline personnel and some travelling animals on 38 wide-body planes that were stranded at the small town of Gander in Newfoundland in the days after the 9/11 tragedy in 2001. You can read about how all the travellers were taken care of by the good people of Gander and the surrounding small towns here.

Ten years after 9/11 in 2011, there was a reunion of the passengers, airline personnel and the townspeople in Gander, and an idea was born. Canadian writing team Irene Sankoff and David Hein created the musical Come From Away to tell the incredible story of how a small town of 10,000 souls selflessly fed, housed, clothed, and generally cared for more than 7,000 bewildered and frightened travellers from all over the world who didn't know what was happening or what to think.

Tickets for this popular musical are hard to get, and also pretty expensive, but last January I got together with some friends and we bought tickets for April..... and earlier this week we saw the show. We went downtown on the GO bus and train (I hate parking in Toronto so public transport is the best option), enjoyed a yummy dinner at Marche, then headed to the Royal Alexandra Theatre on King Street. 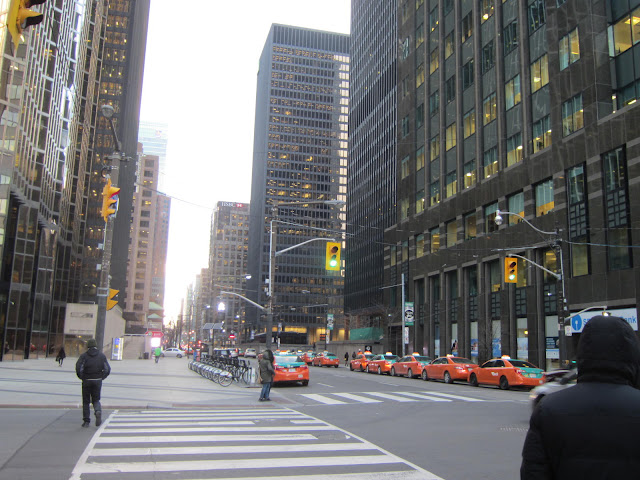 We got to our theatre seats, and immediately I recognized a woman who I worked with more than 15 years ago.... she was sitting in the row right in front of me! Small world, right? 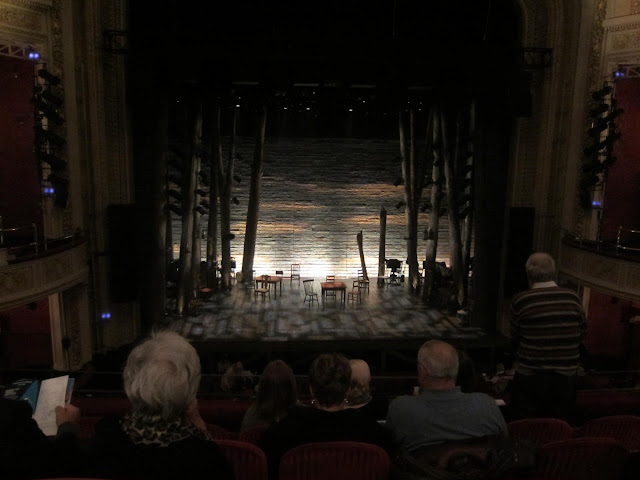 The opening set of Come From Away. No photos during the performance, of course. The chairs that you see are mostly used as chairs, but can magically become school buses, planes, cars, beds, a lookout over a beautiful view, seating for a party, stage for a musician. And each actor can become many different characters depending on what hat or jacket he's wearing. The show runs 100 minutes with no intermission. There were side-splitting hilarious moments, and heart-breaking moments too. A wonderful show, I enjoyed it so much. It was worth waiting for.
If you have a chance to get your hands on a ticket.... it's a must-see show!
Posted by Shammickite at 11:44