Edinburgh is hilly! I was always either walking uphill or downhill, very good for the legs! But it was HOT weather.... almost too hot. Lots of opportunities to stop for a cold beer.
There are some very scenic alleyways connecting the back streets. I would have liked to have more time to explore. Some photos.... 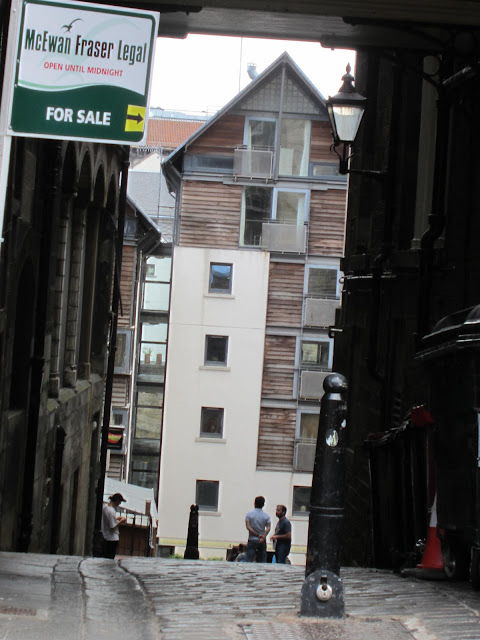 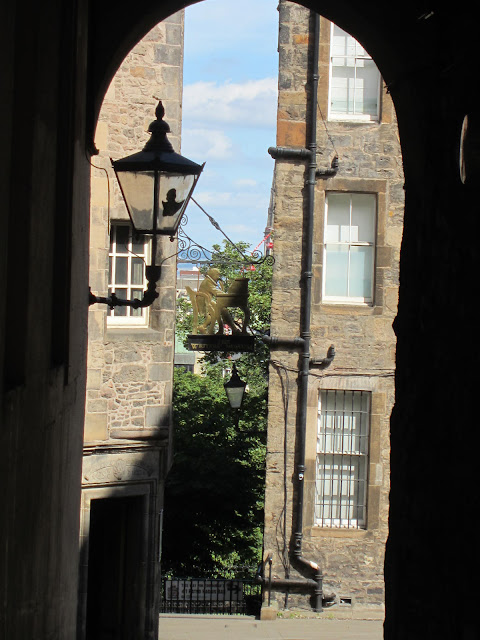 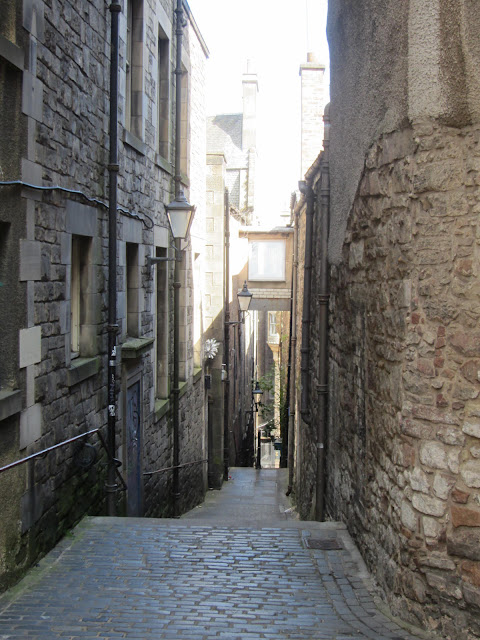 The Scott Monument is a Victorian Gothic monument to Scotland's best-loved author Sir Walter Scott (1771-1832). It is the second largest monument to a writer in the world, and was built in Princes Street Gardens, completed after 4 years of construction in 1844. The story of the Monument is told in the Museum Room on the first floor. 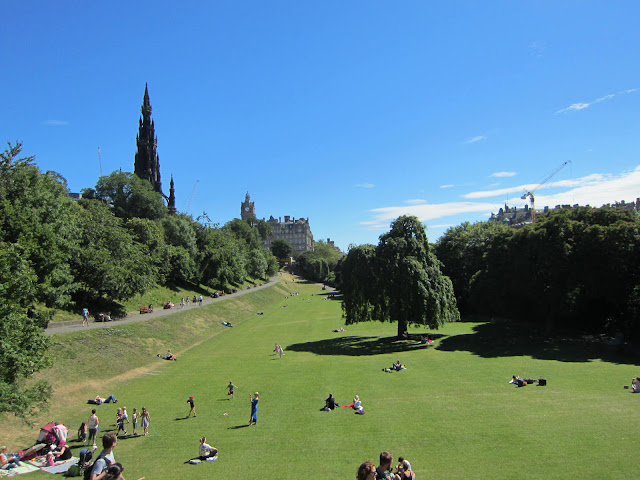 The Scott Monument was designed by George Meikle Kemp (1795-1844), but sadly Kemp did not see his design completed as he drowned in the Union Canal when the Monument was only half completed.
The tower is just over 61m high, and has a series of viewing platforms reached by a series of narrow spiral staircases. The highest platform is reached by 288 steps. The Monument is  rather rudely known as the Gothic Rocket! No, I didn't go up, but I wish I had. Too busy doing other sightseeing. Maybe next time. (I hope there is a next time, Edinburgh is lovely!) 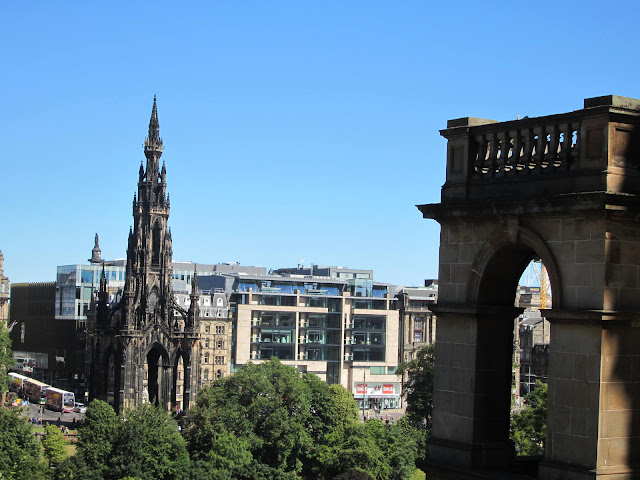 A white Italian Carrera marble statue of Sir Walter Scott and his deerhound, Maida, is located at the base of the Monument. There are 68 figurative statues on the monument of which 64 are visible from the ground. Each figure represents a famous Scottish person or a character from Scott's literary work. Four figures are placed above the final viewing gallery and are only visible by telephoto or (at a very distorted angle) from the viewing gallery itself. 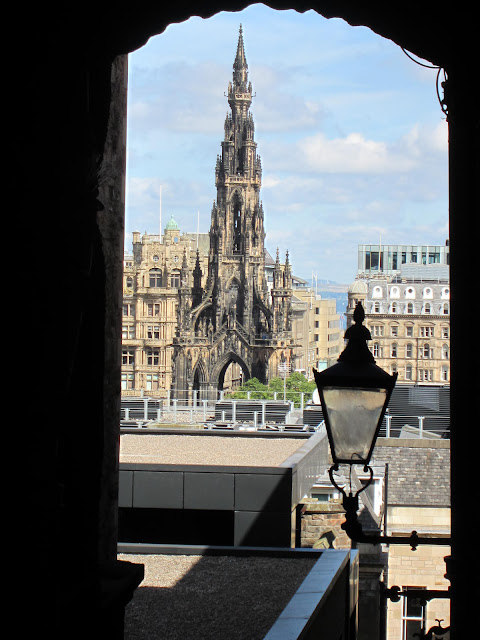 The Monument was constructed of Binny sandstone from the local Ecclesmachan quarry in West Lothian. As it is a dark oily stone it has prematurely aged the appearance of the structure, although the soot of Victorian times and today's exhaust fumes contribute to the dark colour.
Posted by Shammickite at 03:00