The Scottish Parliament Building was opened by Queen Elizabeth II in October 2004. The building was designed by Spanish architect Enric Miralles. Some of the principal features of the complex include leaf-shaped buildings, a grass-roofed branch merging into adjacent parkland and gabion walls formed from the stones of previous buildings. It is located in the Holyrood neighbourhood of Edinburgh. 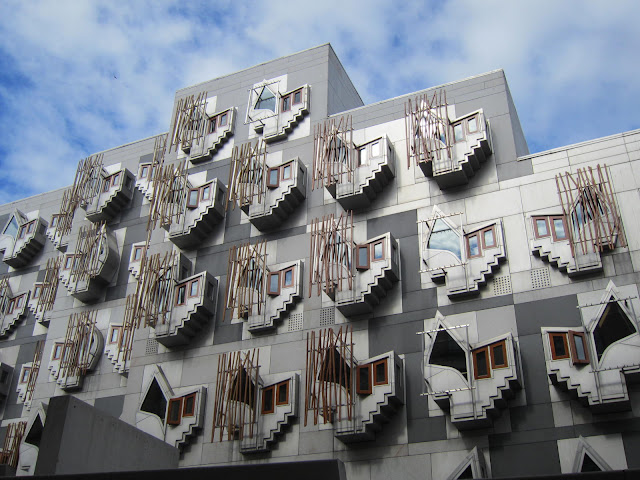 The Scottish Parliament is a democratically elected body comprising 129 members known as Members of the Scottish Parliament (MSPs), elected for four-year terms under the additional member system: 73 MSPs represent individual geographical constituencies elected by the plurality ("first past the post") system, while a further 56 are returned from eight additional member regions, each electing seven MSPs. The most recent general election to the Parliament was held on 5 May 2016, with the Scottish National Party winning a plurality. 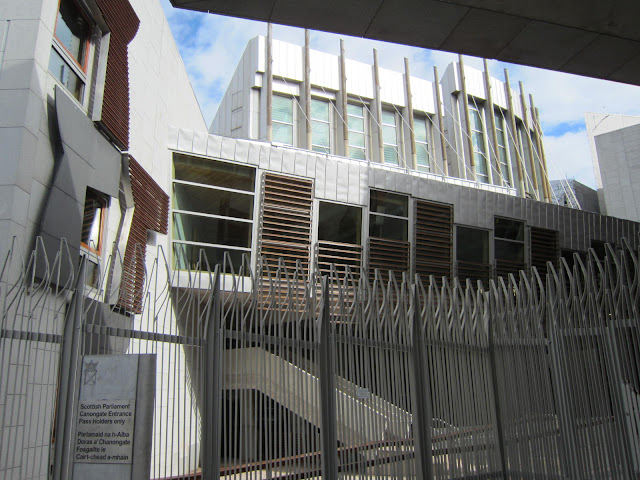 Just down the road at the bottom of the Royal Mile is the Palace of Holyroodhouse, the Queen's official residence in Edinburgh. Queen Elizabeth was actually in residence when I was there. She was holding one of her fancy garden parties, but sadly my personal invitation must have been lost in the mail. Just as well, as I didn't bring my fascinator headgear with me. 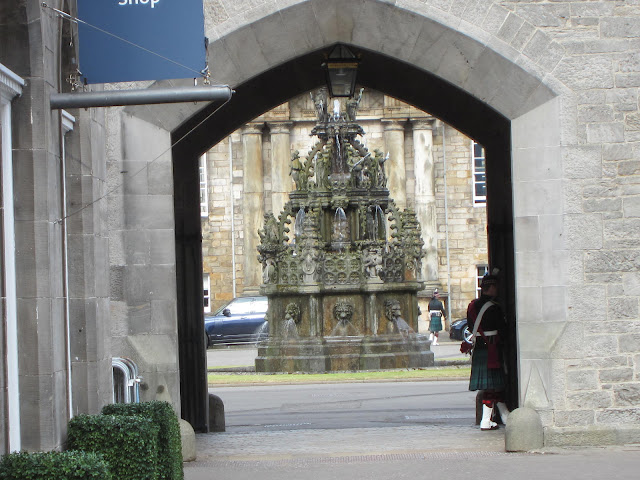 The local police were very much in evidence outside the walls of the Palace. 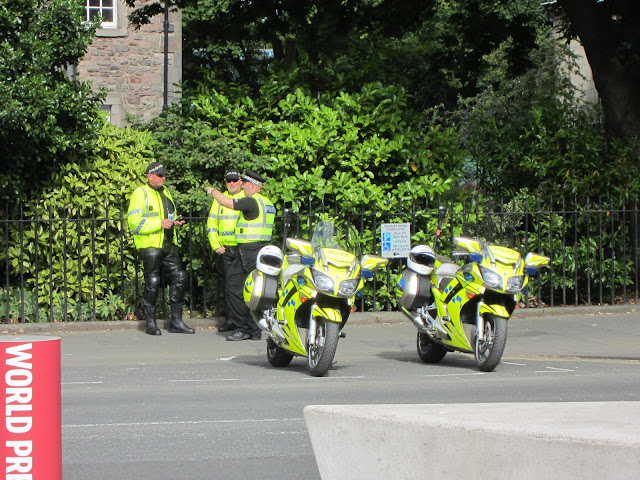 A couple of the partygoers. Most of the men were in full Highland dress, kilts and all. Very smart. 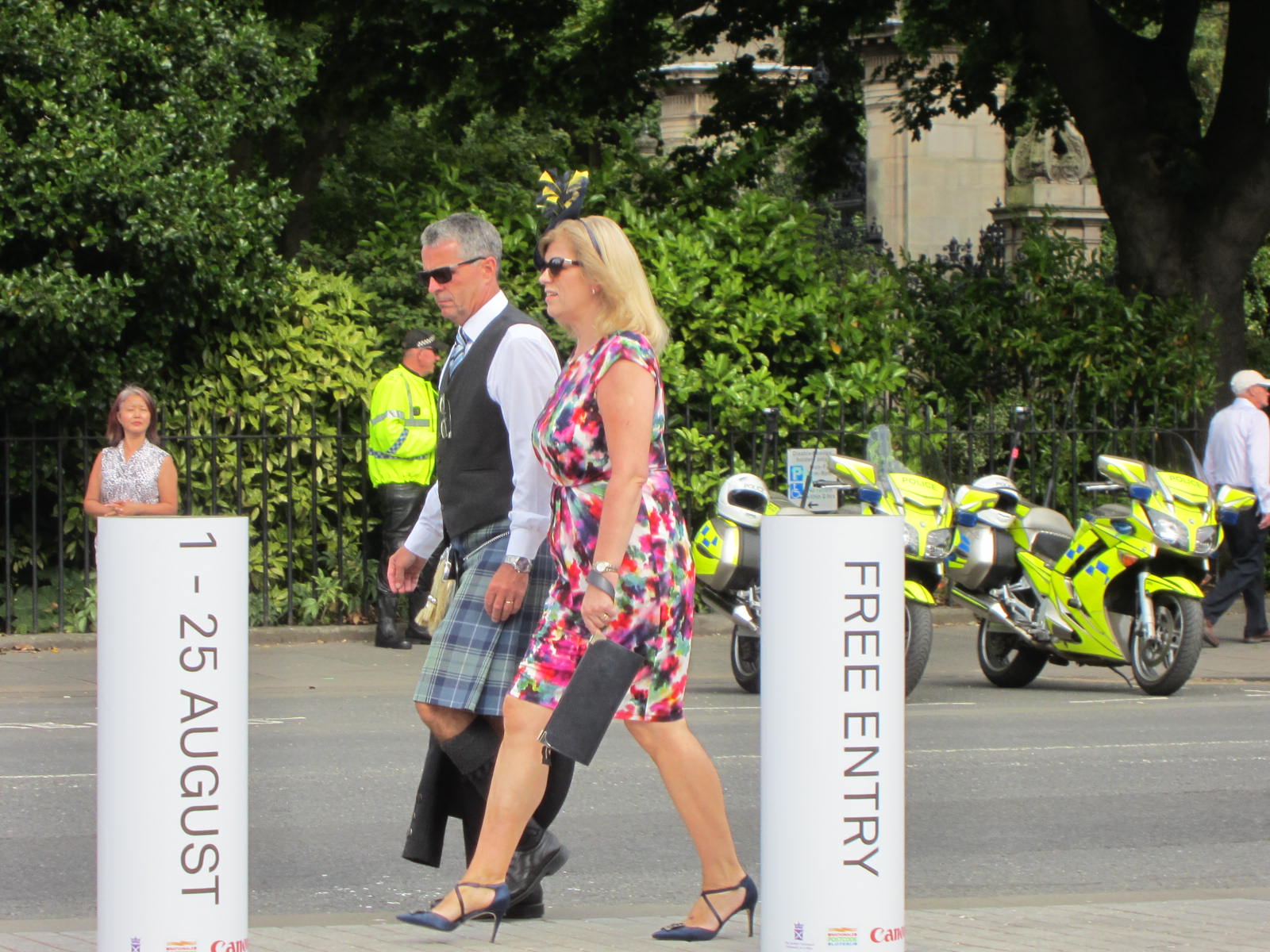 The Palace is normally open to the paying public, but closed when the Queen is in residence, but we could still go into the gift shop and see what souvenirs Her Majesty has to offer. This embroidered velvet cushion would grace your sofa for the princely sum of 99 pounds....that's around $165 Canadian. 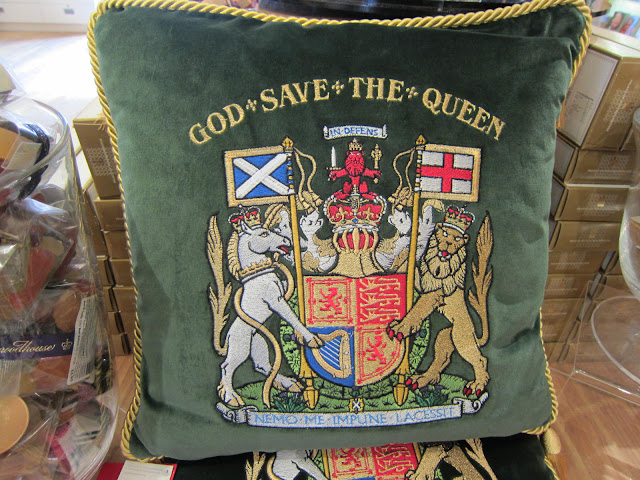 And who could possibly resist these sweet little Royal corgis? 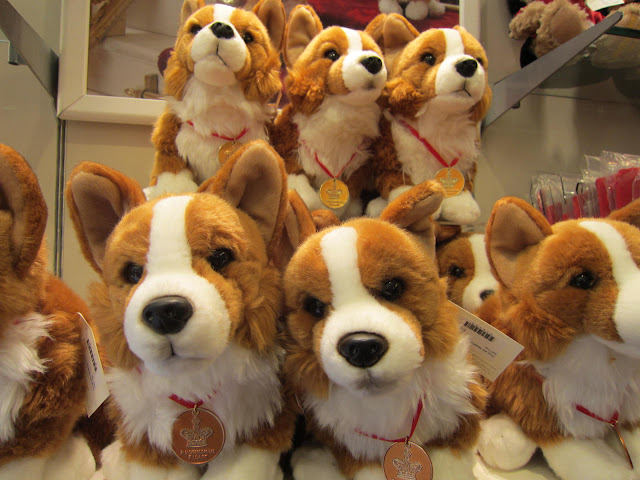 Posted by Shammickite at 04:30