B is for Bunny

Breaking news! A humungous giant golden Bunny has been captured hopping around town. He was first spotted rabbitting about in the park, and was finally tied down outside the drug store. 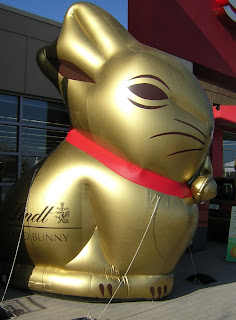 He has been identified as a rare breed of rabbit (Leporidae Chocolatius) only seen in the weeks leading up to Easter. After Easter he feels a little deflated, so goes into hibernation until next year, usually in a big cardboard box.
The appearance of the golden Bunny usually frightens away Old Man Winter, but not this year! 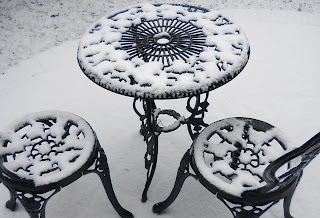 Bloody 'ell.... SNOW in April! It shouldn't be allowed!

Posted by Shammickite at 08:10