M is also for Mother's Day

My Mothers Day celebration was delayed for 24 hours, and I'm happy that it was!
We made our way downtown by the Toronto CN Tower on Monday after work. YoungerSon almost went for a swim in the salmon pool thanks to his Beloved. 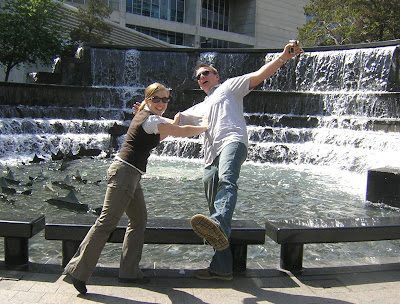 The CN Tower is the world's tallest freestanding structure on land. The Tower opened to the public in June 1976. I've been to the Observation Deck many times since then, usually acting as tour guide to out-of-town visiting friends and rellies, but I was surprised to learn that neither OlderSon or YoungerSon have been up there since they were kids. 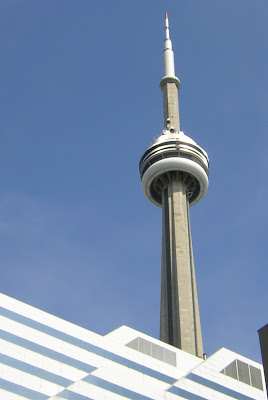 We ate at Copia Grille on Front Street. I had the special... tilapia with ginger and mango, with steamed rice, and assortment of stir-fried veggies... Divine! Prices were good too.

And then... on to the Rogers Centre (formerly known as The SkyDome until purchased by Ted Rogers in 2004) to the Jays game. 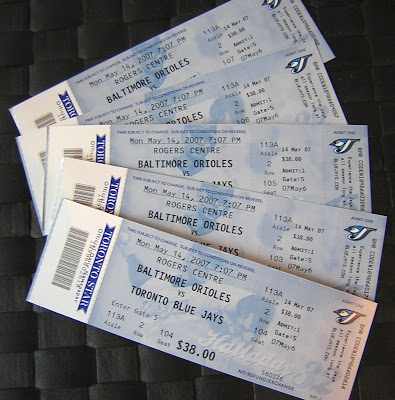 We went in at Gate 5. Scalpers everywhere, but we already had our tickets. 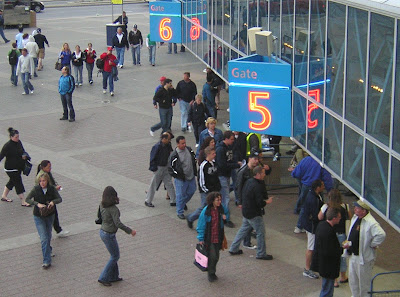 Need a Blue Jays hat? Team shirt with your favourite player's name on the back? Here's just the place. 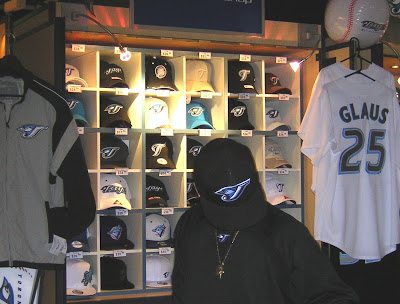 Before the game, "The Star Spangled Banner" and "O Canada" on the Jumbotron. 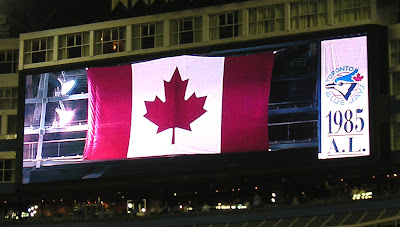 We had seats in the second row just past third base. Just far enough past third base that we all had cricks in our necks from looking to the left for 2-1/2 hours!
Lets Play Ball..... 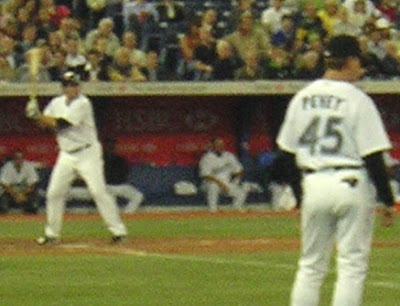 By the sixth inning, the peanuts and beer had all been consumed and we needed some dessert. 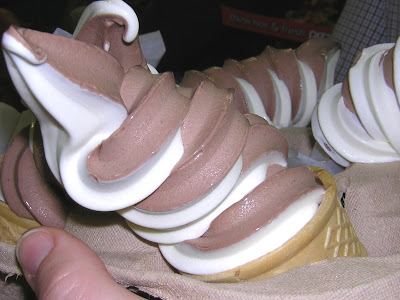 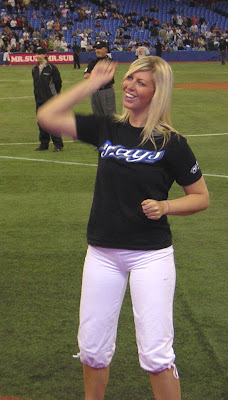 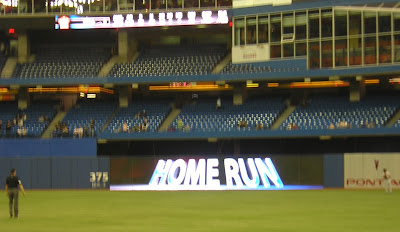 Thank you to my wonderful family for a great Mother's Day!
P.S. I've changed No1Son and No2Son's blog IDs to OlderSon and YoungerSon. There's far too much competition to be Mum's No1 favourite these days.... :-)
Posted by Shammickite at 21:20