I was in Toronto this week, doing some sightseeing... yep, I had a Let's Be a Tourist Day.

Osgoode Hall stands at the northeast corner of Queen Street West and University Avenue in Toronto. It's home to the Ontario Court of Appeal, the Superior Court of Justice and is the headquarters of the Law Society of Upper Canada. 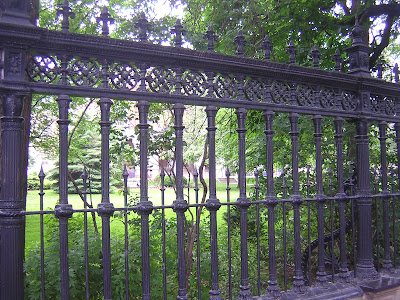 Almost 200 years ago, this area was farmland and fields created from bushland and forest. 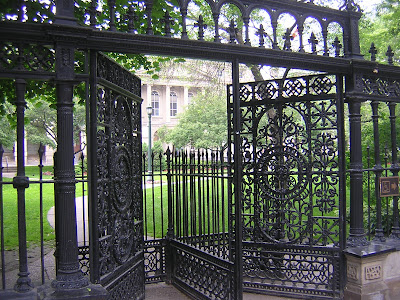 The property is surrounded by an intricate cast iron fence built in 1868, supposedly to keep the neighbourhood cows out. No cows anywhere near now, as this is as definitely considered downtown.
Posted by Shammickite at 15:31