Last week I celebrated another Birthday, and OlderSon took me out for a special Birthday treat... a trip to the ACC to see the Toronto Maple Leafs play the Tampa Bay Lightning.

For any ardent ice hockey fans out there, here's the game recap.

Carlton invited me into his den. He's called Carlton 'cos the previous home of the once-mighty Leafs, Maple Leaf Gardens, is on Carlton Street in Toronto. 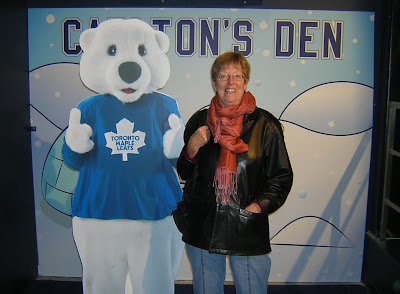 And the Toronto Raptors play at the ACC too, so I had to visit the Raptors mascot... who unfortunately seems to be nameless. 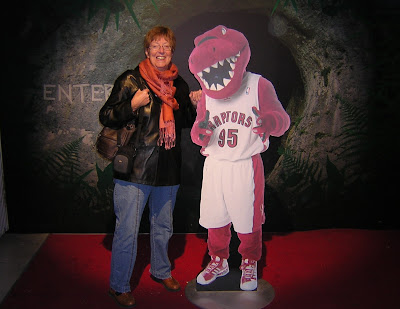 Before the game, the singing of O Canada, with the fans breaking into loud and enthusiastic cheering halfway through the anthem. Oh yes, they sang The Star Spangled Banner too... almost forgot. 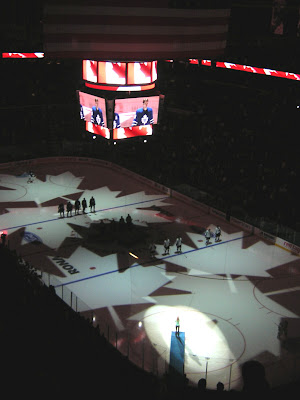 The ACC even has it's own micro-brewery in the building, and there's nothing like raising a glass of brewski to toast the success of the home team while the Zamboni clears the ice between periods. Unfortunately, the Leafs have only won one game so far this season, and there hasn't been a Stanley Cup win since the 1966/67 season! But the fans keep coming to the games faithfully, always hoping that this year will be the year..... 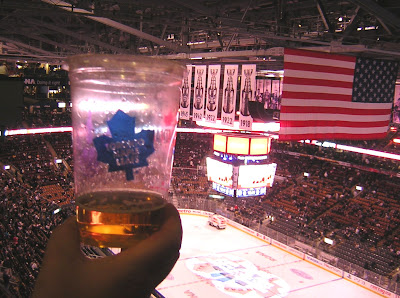 Ten seconds to go at the end of the third period and it's a 1-1 tie. Looks like we're heading for sudden death overtime. 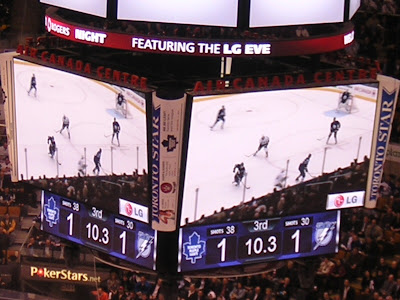 But Leafs lose again! A couple of minutes into the overtime, the Lightning scores! 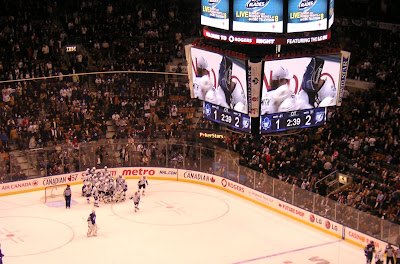 Even though our team lost (again!! Grrrrr..) , it was a good game. Leafs outshot the Lightning and there were lots of exciting plays, and Leafs introduced their newest player, Phil Kessel, who is expected to be the team's saviour this season. Maybe they'll win the next game.... keep your fingers crossed!
Posted by Shammickite at 12:23