The Ocean Sciences Centre at Logy Bay just outside St John's is a cold ocean research facility operated in conjunction with Memorial University of Newfoundland. 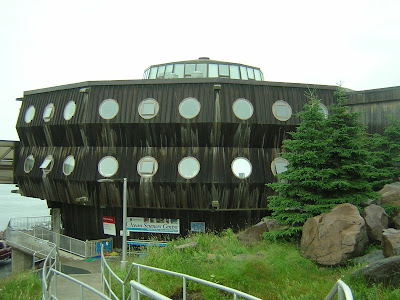 Research is conducted on North Atlantic organisms ranging from bacteria to seals. Seal behaviour has been studied here for more than 20 years, and the seals look well fed and happy. 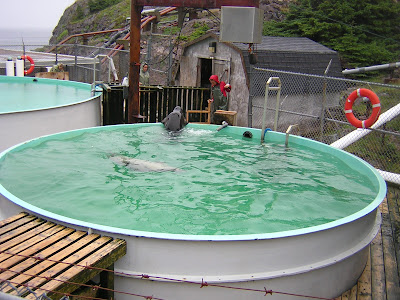 We watched the seals until the "nippers" drove us away.... but the best of all was the Touch Tank. The tank is at child level, and is full of fascinating and colourful creatures found in the rock pools and beaches in the area. Isaac loved it. He wanted to get in there with both hands. 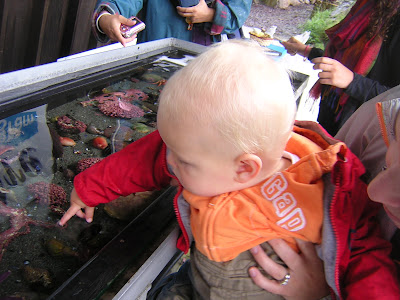 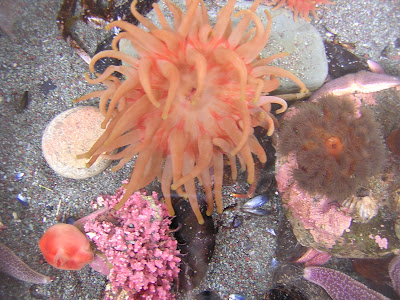 A spider crab, who didn't really appreciate being picked up, and waved his claw menacingly. 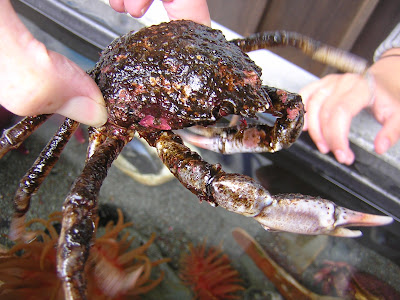 An enormous sea star. One of the biggest I have ever seen. And in a fashionable designer colour too. Most sea stars have 5 arms but there are species with as many as 40 arms, or more! 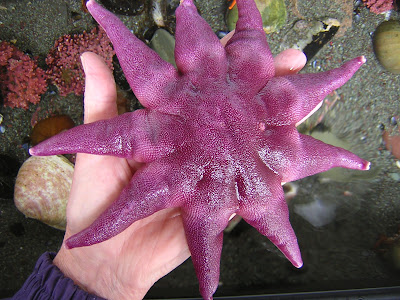 A hermit crab has made his home in an empty whelk shell. 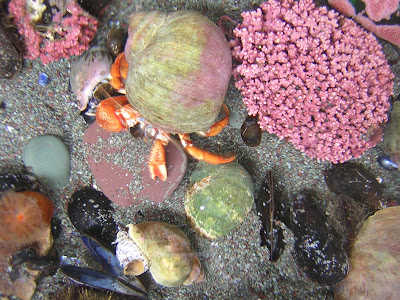 Everything in the Touch Tank is safe to touch, and is presided over by two knowledgeable University students. A great place to spend a couple of hours on a mausy Newfoundland morning.

For more about Newfoundland, see previous posts below.
Posted by Shammickite at 06:43