More pictures of Newfoundland.... just because it's so pretty.
The town of Petty Harbour (and it's neighbour Maddox Cove) has been occupied since at least 1598.
We stopped at the only cafe looking for some refreshment on a hot afternoon. 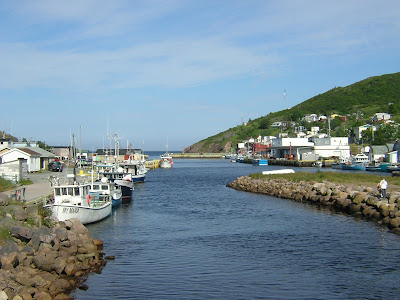 OlderSon and I had stopped there a few years ago and asked if they served coffee.

" Right away, my dears, just take a seat and I'll bring two coffees over to you".

We sat at a booth by the window and enjoyed the tranquil scene of fishing boats in the harbour. 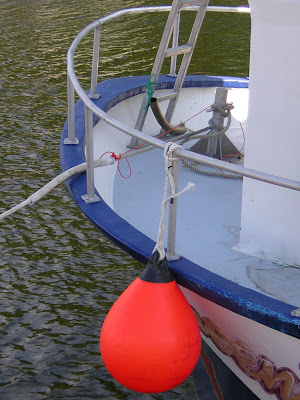 There was the sound of conversation and a kettle boiling in a back room, and then a tray arrived.

"There you are, my dears, make it as strong as you like!" 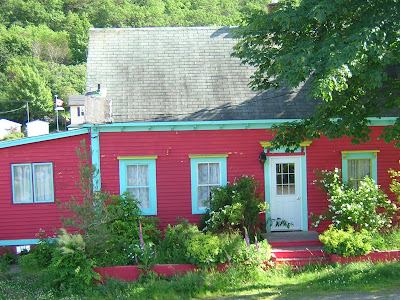 Times have changed since my last visit to Petty Harbour. The booths have gone now, the windows have been boarded up to make room for shelves and the little cafe has turned into a tiny grocery store selling everything a Petty Harbour resident could possibly need. And there's one of those fancy coffee machines, where you choose a little container of flavoured coffee, press a button, WOOOSH! and magically, coffee dribbles into a paper cup. Such is progress.

We settled for icecream instead.
Posted by Shammickite at 07:45