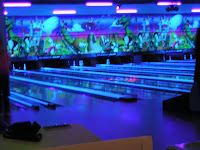 When you're little, it seems to take forever for another birthday to arrive, but last week Callum celebrated being THREE!

OlderSon and The Equestrienne booked a birthday party at the local 5-pin bowling alley (YAY! Glow In The Dark Bowling) but it turned out to be a brutal weather day with high winds, blowing snow and freezing temperatures, and not all the birthday guests could brave the roads to join in the Glow In The Dark fun.

Oh well, bad weather's to be expected in Canada for a February birthday. Perhaps Callum should celebrate an official birthday in June, like the Queen. 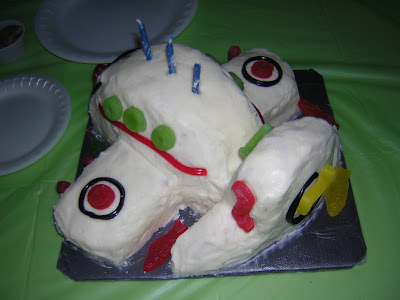 The Equestrienne created yet another work of art in the form of a scrumptious birthday cake. Cakes 1 and 2 were a train and a car. All forms of transport, I wonder what next year will be? I'm told that the big C on the tail stands for CallumAir. 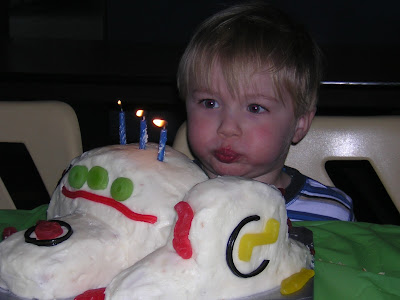 He did a great job of blowing out the candles. 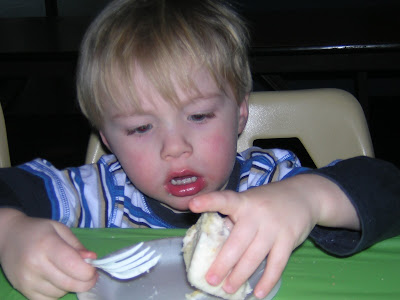 And then he ate one of the wings. And then it was prezzie time. 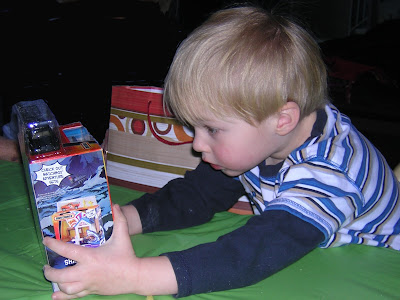 Like all little big boys, Callum's really into Matchbox cars. But he also got a toy kitchen complete with pots and pans and vegetables and pies, and has been having fun cooking dinners with it ever since. 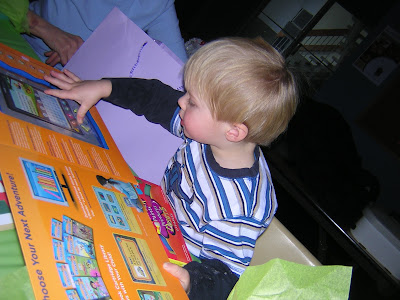 Life's pretty good when you're THREE!
Posted by Shammickite at 11:00