Throughout Austria, the sweet treat to eat is Mozartkugeln. A small ball of pistachio and almond marzipan covered in a layer of nougat, and then enveloped in layers of milk chocolate. First produced in Salzburg by confectioner Paul Furst in 1890 and named after Wolfgang Amadeus Mozart. 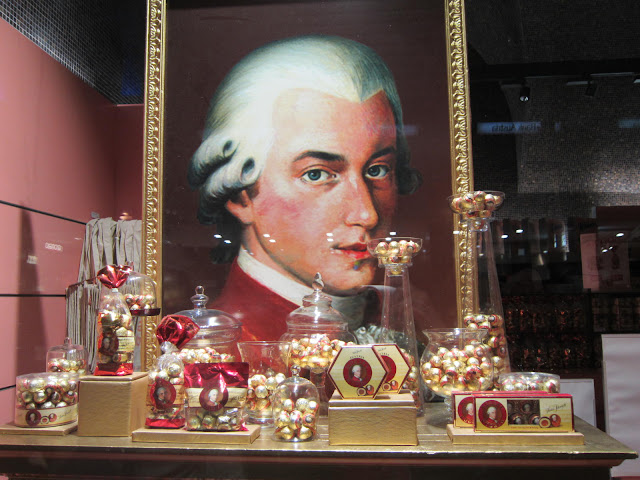 Sadly, Mozart himself never got a chance to taste these delectable sweets, as he died a century before Paul Furst produced them. But just imagine the inspired music he might have written with a bowl of Mozartkugeln beside him on the harpsichord!

Posted by Shammickite at 08:48