Recently I've noticed a small animal running up and down the squirrel highway that is along the top of the back fence. At first I thought he (or she) was a large chipmunk, but it's definitely a red squirrel. I was surprised, as I've never seen a red squirrel on my deck before. So I put out some stale bread as a temptation. The offering was accepted. 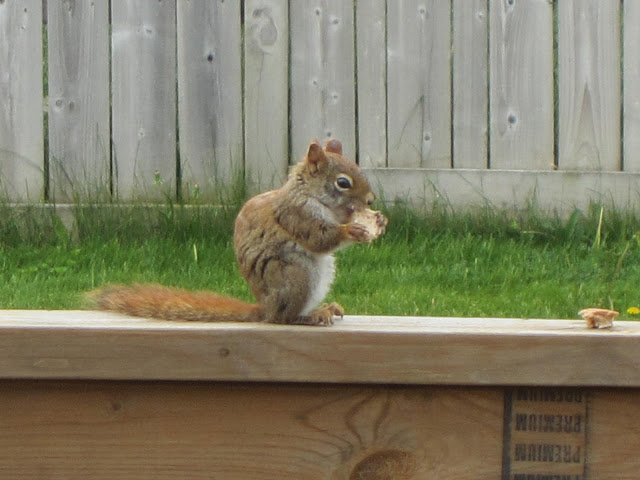 Usually I see the eastern grey squirrels which are so much larger. And greedier. And obnoxious. And they come in black fur model too. And they also appreciate a snack of stale bread. 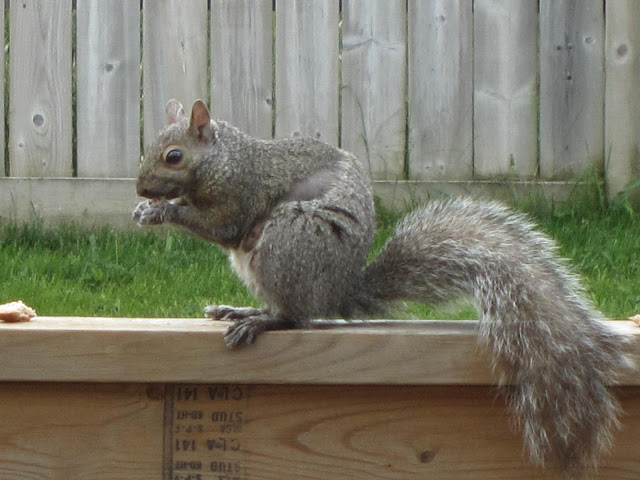 This particular grey squirrel has become addicted to drinking sugar water out of my hummingbird feeder, and making such a mess that wherever I hang the feeder, somehow this squirrel manages to hang upside down to drink the water, spilling most of it in a sticky puddle. The poor hummingbirds don't get a chance.
When I've been on the deck drinking my early morning coffee, I've seen a hungry fox lurking, so those sugar addicted squirrels better watch out or they'll be a fox's dinner.

Posted by Shammickite at 17:01