The town of Ajax, Ontario, is closely connected to the British Naval cruiser, HMS Ajax, and streets in the town have been named after the officers and men who served on her. You can get the full story here.
The Canada 150 Mosaic project was launched in 2015 beginning a journey to celebrate Canada's 150th birthday by creating mosaics illustration Canada's history and geographical diversity.  The purpose of the project is to create a national mural including all provinces and territories, over 150 individual murals comprised of over 80,000 painted 4"x4" tiles.
Each mosaic from each community is shown on mounted on a set of railway wheels.... no, HMS Ajax wasn't really on wheels.... but this will represent the railways that played such an important role in connecting communities right across this huge country.
This is the mosaic hanging in Ajax Town Hall, created from tiles painted by members of the community. It didn't matter if you have never held a paintbrush before, all ages and skill levels were invited to contribute. The painting of 800 tiles took place in October 2016 and the mural was installed and unveiled in January 2017. 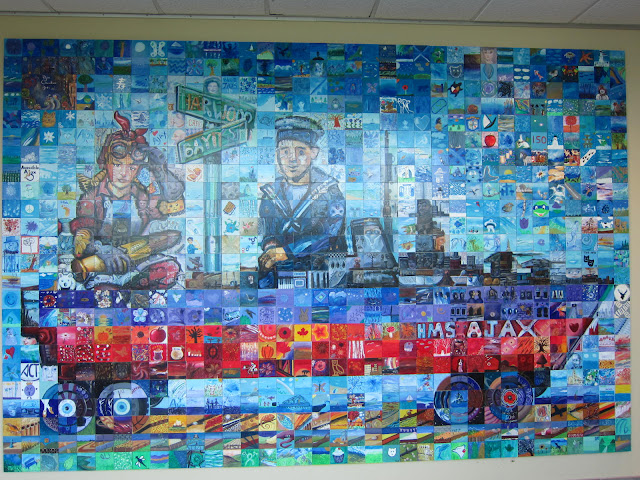 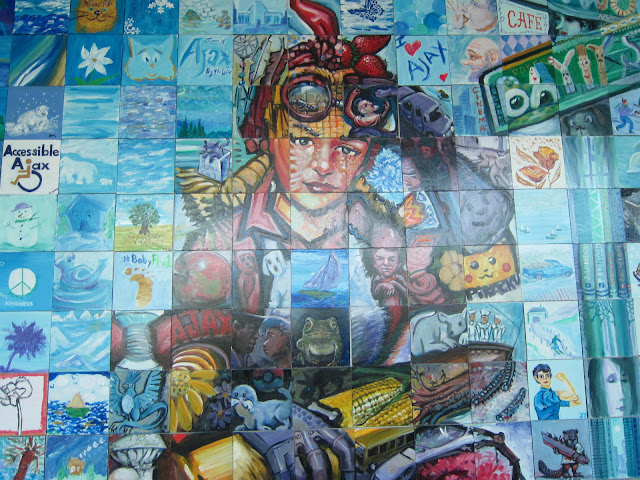 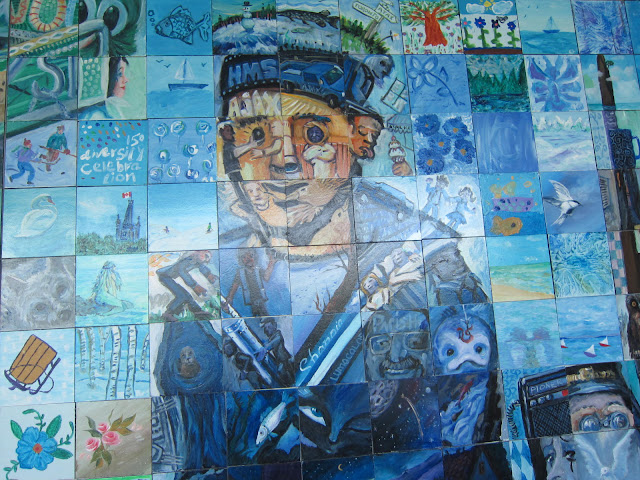 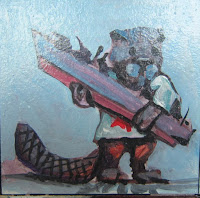 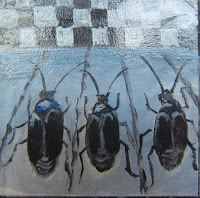 A couple of my favourite tiles. Not sure exactly where they are on the mosiac. Keep looking closely, you might find them.

The town where I live is also working on a mosaic, and I spent an afternoon at the local Museum painting tiles a couple of weeks ago. I'll be showing more about our town mosaic very soon.
Posted by Shammickite at 02:00