The Leaf Project was devised to celebrate Canada's 150th birthday in 2017, and also to create an art project that the people of the town could contribute to. It started out small, then grew and grew, and was finally assembled last week. It's currently hanging in a corner of the Gallery, but will eventually make it's way to one of the public buildings. I contributed some leaves, so did my grandchildren.
Leaves were made of paper, then laminated, but there were also leaves made of pottery, stone, glass, and metal. 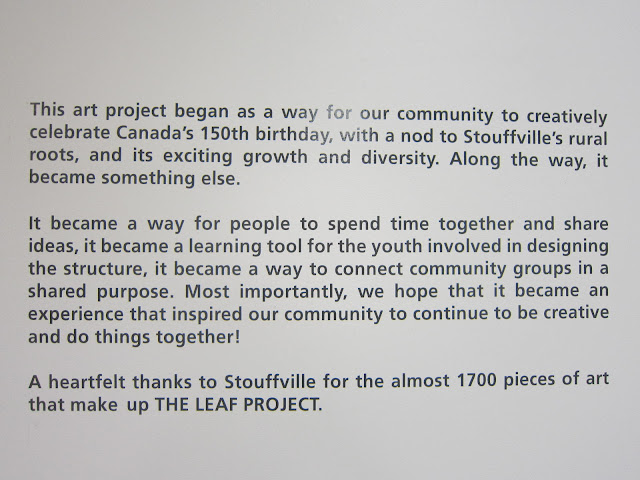 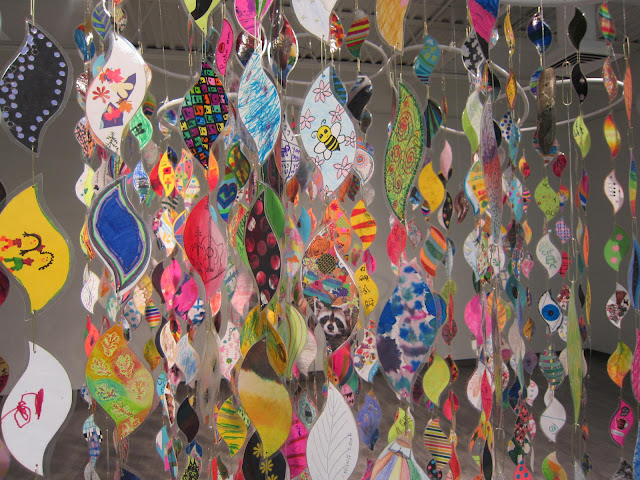 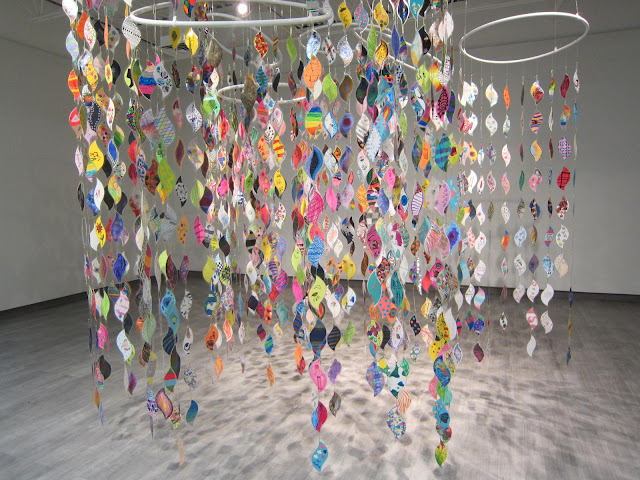 Posted by Shammickite at 09:41