The opening night of the Annual Art Show and Sale..... and Southern Ontario encountered gusty 100km/hour winds knocking down trees and hydro poles, flattening fences and causing extensive power cuts.
I could hardly stand up in the wind.
And it's really hard to appreciate Art when you can't see what you're looking at.
I've heard of Art in the Park, but this was Art in the Dark! 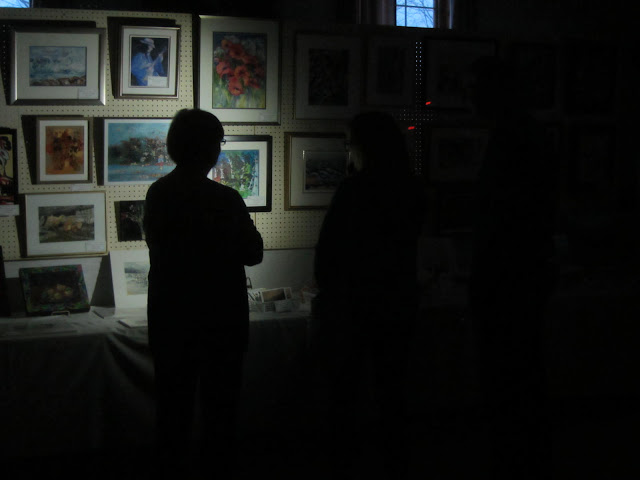 We had a few hardy souls who made it to the Community Centre to look at the paintings, but not many wanted to brave the weather. Flashlights and cell phones were used to light our way. And I even sold a painting in the dark.... admittedly it was to a friend who had seen the work before I framed it. 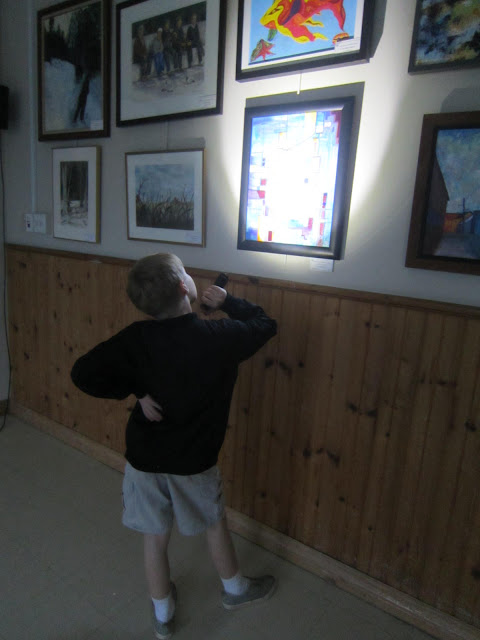 Today the electricity is back on, so we are hoping for visits from lots of art lovers.

Art Show Update later: although the power has been restored at my house, we had another full day without power at the Art Show. At least it was daylight! But no water for flushing toilets so the town brought in a water tank and a generator.... I wonder what tomorrow holds.

Meanwhile, early this morning, I had a cute fluffy black and white visitor to my back yard. Flower, from the Bambi movie. 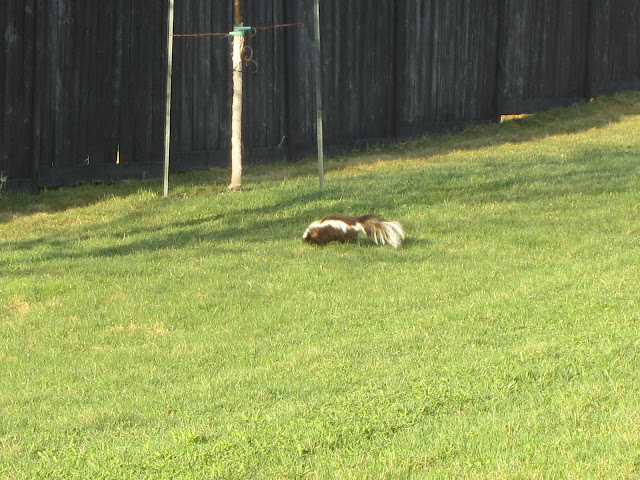 She (or he?) scuttled away through the hole under the fence to the right.
Update: I've since seen this same skunk many times, it's very bold and not at all frightened of people.
Posted by Shammickite at 10:04