There's been a fox living in the neighbourhood for the past couple of years. I've seen him (or her?) quite often during the summer, strolling nonchalantly along the street, no fear of cars or people at all. But I haven't seen him during the winter.
But recently I've noticed footprints in the snow which can only come from a fairly large animal. Definitely not a bunny or a squirrel. And this morning when I looked out of the window..... 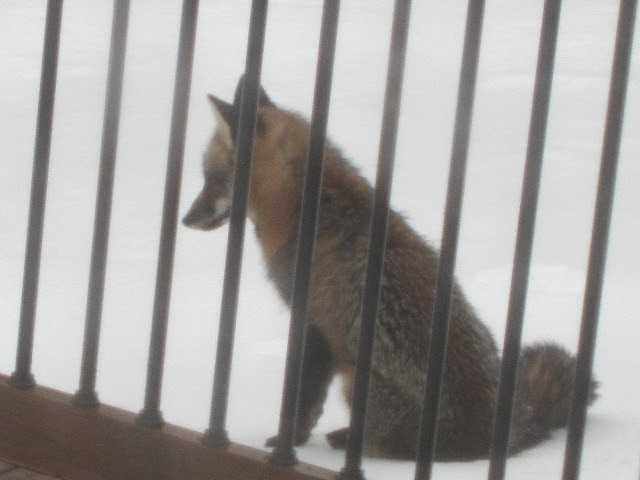 ,,,, there he was, sitting in the snow just outside the railings on my deck. Fuzzy picture as it was taken through a rainy window and a bug screen. 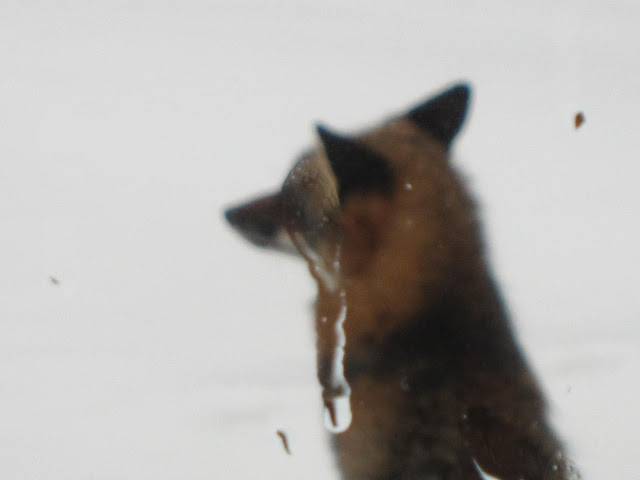 Then he moved from the deck to in front of my living room window... again sorry about the fuzziness, the camera wants to focus on the wet window. He looks well fed, probably thanks to an abundance of tree rats er, I mean squirrels in the area.
He sat for a few moments to think, then went around the side of the house, crossed the road, and trotted off towards the trees at the end of the street. I hope he comes back, I like him.
Posted by Shammickite at 08:28