January / February is the season for Seville oranges, those knobbly sour citrus fruits that are so necessary in making marmalade. They are hard to find, but I bought some really big juicy ones at our local Longos, the fancy new grocery store where everything costs a bit more than you'd expect. These oranges were grown in the USA although they carry the name of the city in Andalucia, Spain. Buying Seville oranges is the closest I'll come to Spain in the near future.
Of course, it's marmalade making time. I do enjoy a dollop of golden marmalade on my toast in the mornings.
I used 6 large Sevilles, 2 lemons and 1 sweet orange. First squeeze the juice out of the fruit, and remove the membranes and the seeds.... keep for later. Chop the orange and lemon rinds as thin as possible. 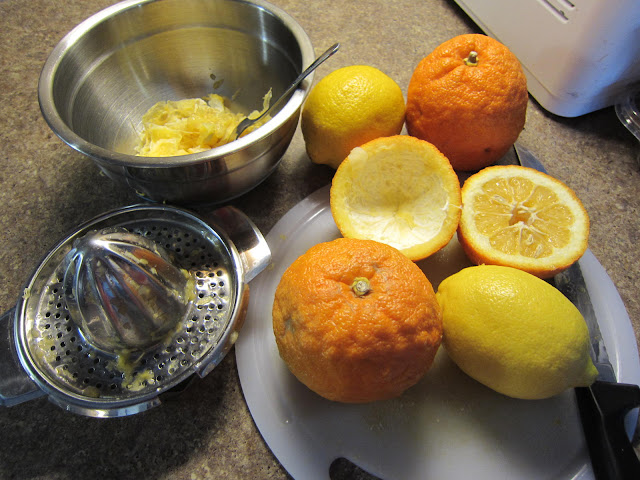 Add water, and soak the fruit overnight, including the seeds and membranes in a net bag. Then boil it all up until the orange rind is cooked and soft. 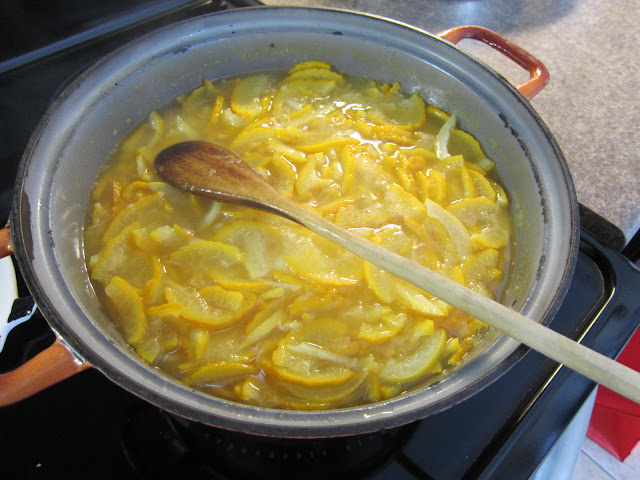 Then for every 2 cups of fruit and juice, add 2 cups of sugar, and boil again for about 20 minutes, and it will start to gell. Take off the heat, stir for 10 minutes to cool, you don't want to break the jars, and to make sure the fruit doesn't all float at the top. Pour into sterilized hot jars, slap a lid on, and look forward to breakfast time. 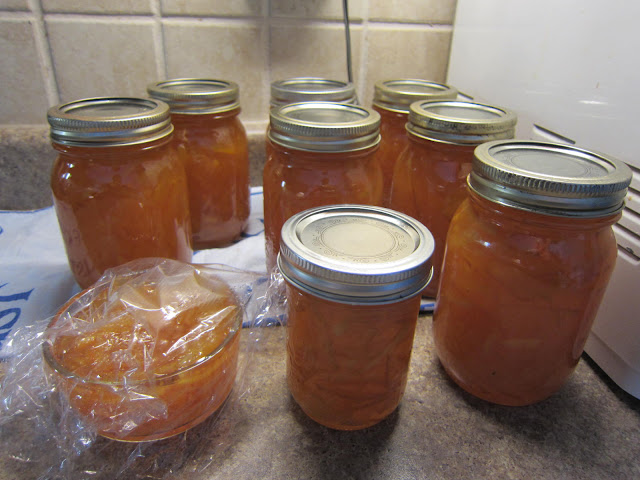 A wonderful quote from Bob Hope:
"My folks were English. They were too poor to be British. I still have a bit of British in me. In fact, my blood type is solid marmalade."
I think mine is too.

Posted by Shammickite at 15:01