It's Birthday time for No2Son. A Quarter Century under the belt already! Reaching such an important milestone definitely called for a family celebration at Nava. We met at 6:30, well.... No1Son was 30 minutes late due to a traffic accident (he wasn't involved, thank goodness) so we didn't get started till 7:00. His Beloved, Ms L, was at work so couldn't join us. No2Son and his beloved Ms S chose salmon and spinach, No1 Son and The Space Cadet chowed down on pork tenderloin and I had pasta with pesto, asparagus and shrimp.... and lashings of GARLIC!!!! Warning.... better not get too close.

No2Son with his best prezzie. 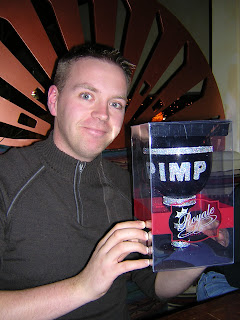 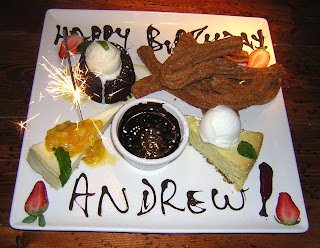 but it didn't last long. 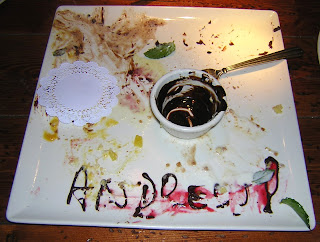 Then we headed to the bowling alley. All the ten pin lanes were busy, so we bowled "small ball", which turned out to be miniature ten pin bowling on a regulation size lane with a five pin ball.... a lot harder then regular ten pin I think.

The Space Cadet shows his rather unorthodox bowling style. He said he was pathetic. We were kind and said he was merely erratic. 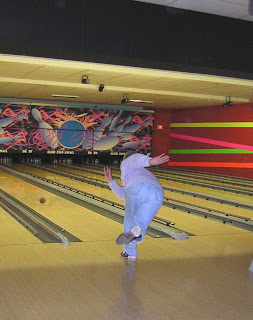 No1Son sizing up his next shot. He won the first two games, but only because he could hurl the ball harder than anyone else. 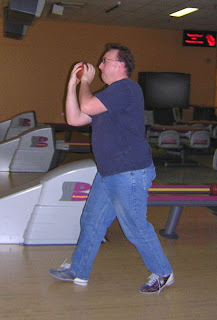 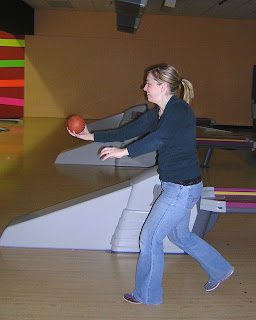 No2Son (the Birthday Boy) bowls a STRIKE! He won the last game by 3 points.... in fact it was a battle to the death with his brother. 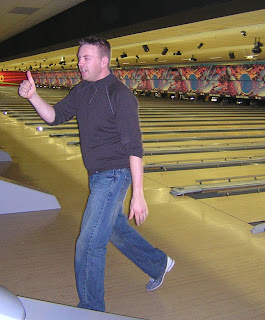 Spot was there too, to help with the scoring and making sure TSC didn't cheat. Ms S won this one! 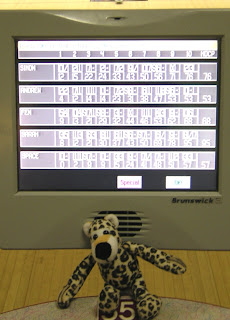 It was so much fun, we should do it again for the next birthday. 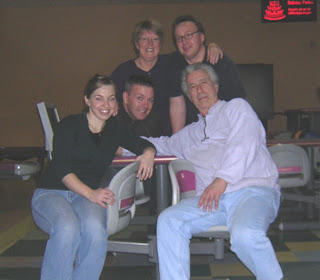 Posted by Shammickite at 22:35