In 1803, Governor Peter Hunter issued a proclamation, following recommendations made as early as 1796, that all the land north of Front, west of Jarvis, south of King and east of Church Street in Toronto (then known as York) was to be designated officially as the "Market Block."

The City of Toronto was incorporated from the Town of York in 1834 and for the first eleven years, city council members met in temporary quarters in a market building which once stood on the south-west corner of King Street East and Jarvis Street. This brick structure, the second market building to occupy the site, was built in 1831 but burnt down during a great fire in 1849. It was replaced in 1850 by the St. Lawrence Hall which still stands today.

The St. Lawrence Market building was the site of Toronto's City Hall from 1845 to 1899. 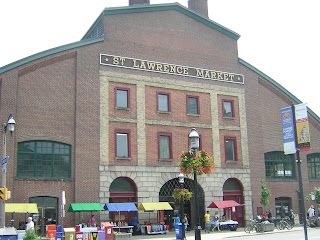 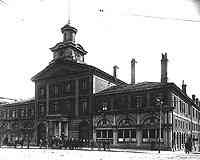 In 1899, Council offices were moved to the "New City Hall" on Queen Street. Renovations were made in 1899-1901, and the building was transformed into a farmer's market. The market is open all week, but Saturday is it's busiest day. 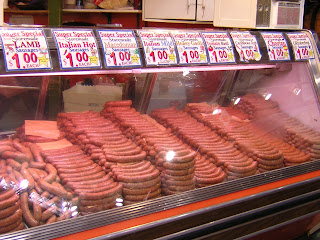 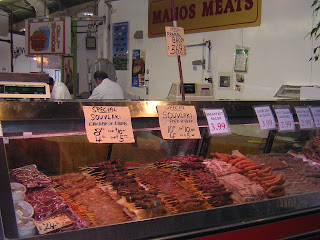 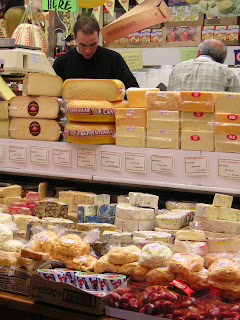 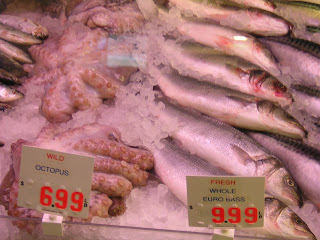 I don't often shop here as it's quite a distance from my home. But it's great for a day out enjoying lunch at one of the many restaurants and snack bars in the market, and some sightseeing.
Posted by Shammickite at 16:29