The Rooms is home to Newfoundland and Labrador's Provincial Archives, Art Gallery and Museum.

It dominates the skyline of St John's. There was huge opposition from local historians when the building was first planned, as it was built on the site of Fort Townsend, one of the largest British fortifications in North America defending Britain's fishing interests during the 18th century.

The architecture and name refer to the simple gable-roofed sheds called "fishing rooms" where fish were cleaned and processed. These traditional wooden buildings lined the waterline in Newfoundland fishing villages. 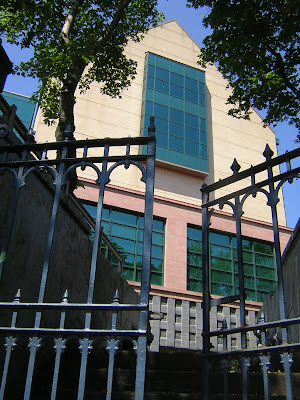 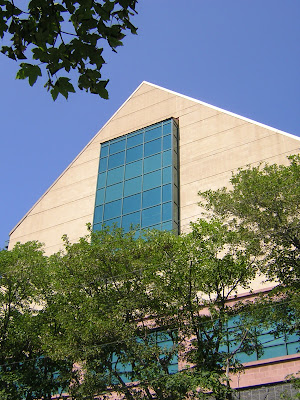 There's a fantastic view over the harbour, and a marvellous restaurant with huge windows, where you can watch the shipping come and go while enjoying Atlantic salmon, Newfoundland crab, or cod cakes for lunch.

For more about our trip to Newfoundland, see the post below.
Posted by Shammickite at 08:57