Before you all get too excited by the title, let me explain.
I went on a wine-tasting tour this weekend. I've never done that before. It was fun! 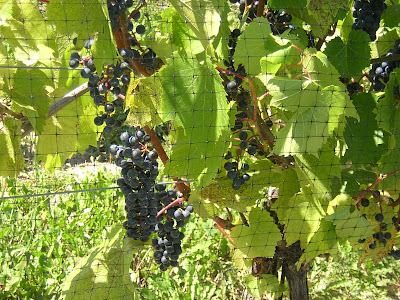 It was a birthday party for The Bride's mum. Thirty people started the day at Al Dente with a yummy breakfast and the first alcohol of the day.... Mimosa which is a blend of champagne and orange juice. I don't usually drink before the sun shines over the yardarm, but I had to make an exception in this case.... of course!

The bus called in at three wineries in the Niagara area. We stopped at Fielding Estate, which was modern and bright and full of gleaming stainless steel tanks, Calumus Estate, small and rustic and located in a converted barn, and Vineland Estate, one of the biggest commercial wineries in the area. All beautiful in their own way. 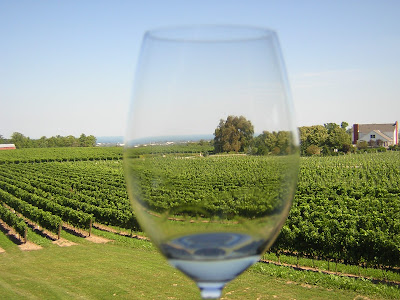 At each stop, we were treated to samples of two white wines, and two red wines. 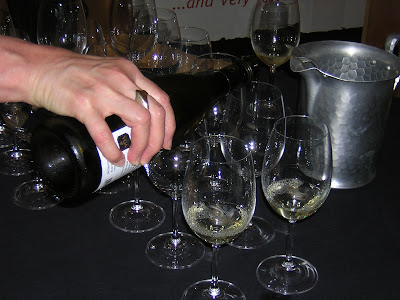 But I have to admit, once I had tasted six or more wines in quick succession, my taste buds were starting to rebel, and my tummy too! But the wines at Calamus were all good, and I bought a couple of bottles of the 2007 Calamus Red Reserve, which, I was assured by the nice Calamus owner, was a very good year for red wine. Lots of summer sunshine trapped in those bottles. 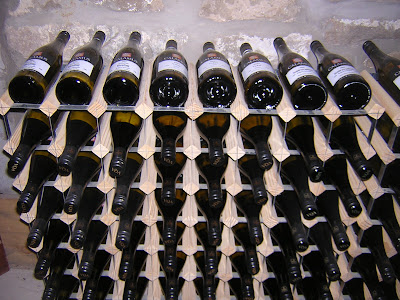 Growing grapes and winemaking have been a tradition in the Niagara Region for over 200 years. The mild climate is ideal for growing grapes, and all kinds of fruit too... cherries, peaches, apples. It's gorgeous at apple blossom time. 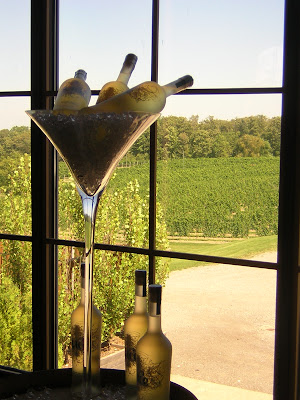 But even though I tried to "see, swirl, sniff, sip, savour" and appreciate the subtle differences in each wine, I have never been able to detect "aromas of raspberry and green pepper" or "citrus notes with a hint of spice and honey" as enticingly described in the brochures.

I just know if I like it or not. 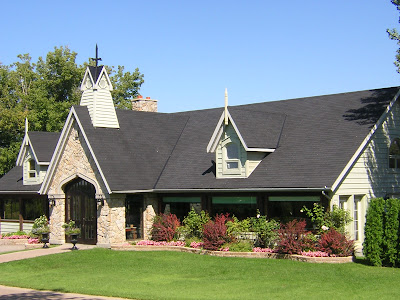 At the end of the tour the bus took us back to Al Dente for a four course dinner with Niagara wines paired with each course. The food was mmmmmm great! And so were the wines. By the end of the day we had tasted at least sixteen different wines.

I don't think I need to look at another glass of wine until some time next week. And maybe not even then! I think I'm all wined out for a while.
Posted by Shammickite at 20:30