The Town of Markham, just north of Toronto, was essentially a rural farming community since it was first settled by pioneers from Britain and Europe, but in the last twenty years it has developed into a thriving urban centre, with most of it's new immigrant population from China and other parts of Asia.

However, Markham Fair still displays it's rural roots every September, and I hope it will keep the tradition for many years to come. Without farmers, we wouldn't have anything to eat.

First prize feed corn... a bit tough for us, but the cows love it. 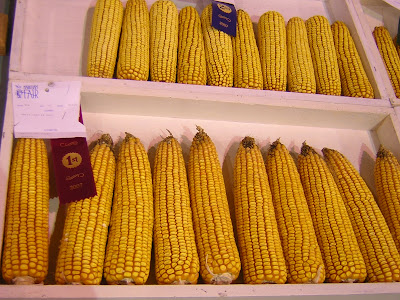 The old tradition of a wheatsheaf. 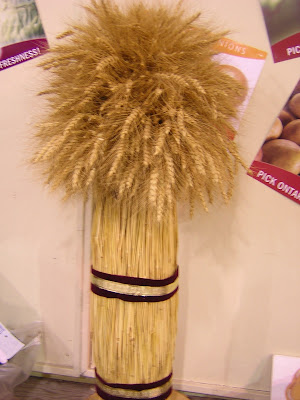 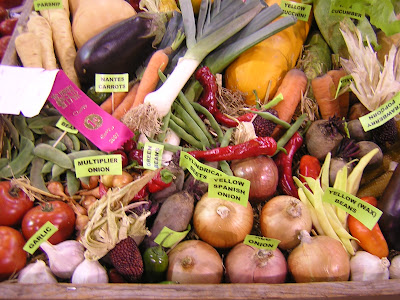 And did you know there was such a thing as Pink Banana Squash? 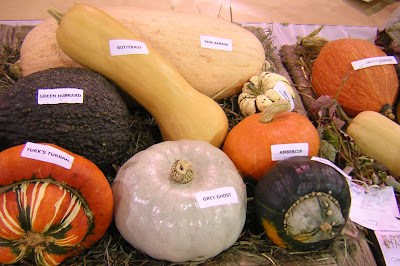 No Fall Fair would be complete without the giant vegetable class. This 5lb potato could feed my family for a week! 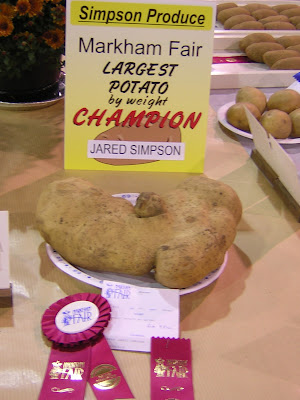 Scroll down for Markham Fair - Part 1, the farm animals.
Posted by Shammickite at 08:02