Today we took our bikes to St Augustine.

St Augustine is the oldest continuously settled city established by Europeans in the continental United States. It's full of tiny streets and ancient houses, narrow brick laneways and lush vegetation.

Unfortunately, it's also full of tourists.

We biked around the narrow streets, trying to stay well away from the commercial part of town and found houses that are full of contrasts, from the tiny and colourful... 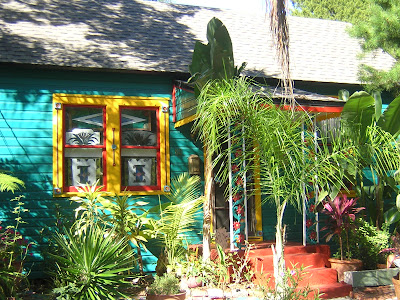 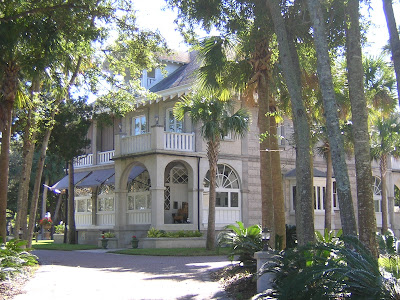 The city was founded by Don Pedro Menéndez de Avriles in 1565, and here he is, standing proudly on his pedestal outside the Lightner Museum. 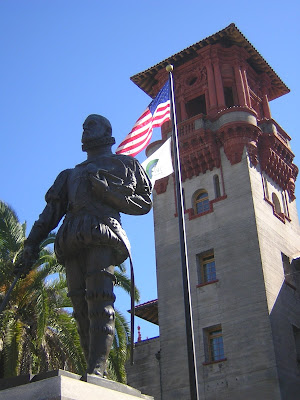 The Lightner Museum occupies part of the former Hotel Alcazar, built by Henry Flagler in 1887 in the Spanish Renaissance style. This impressive building is an early example of a poured concrete building. This solemn gentleman caught my eye in the courtyard. 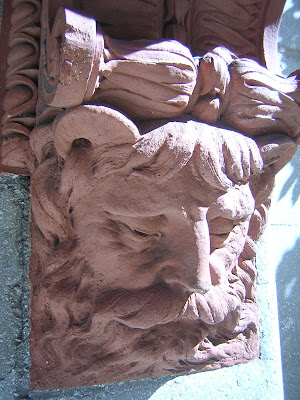 I love the mosaic floor in the main entrance lobby, in fact I want one just like it...... 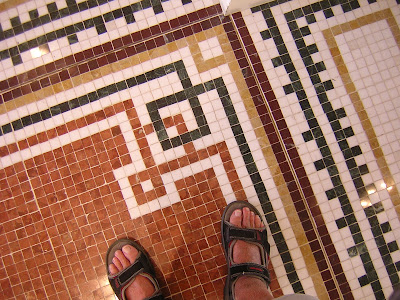 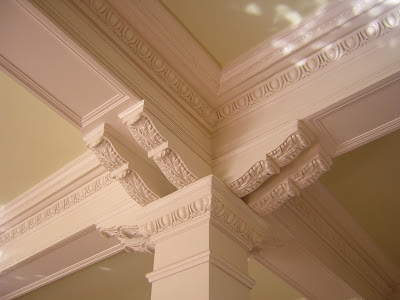 Shady corridors offer a refuge from the hot sun. 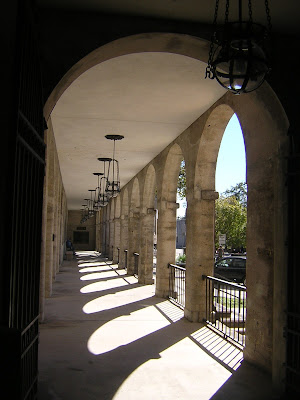 The courtyard is surrounded on four sides with high walls, and in the centre is a fishpond crossed by an arched stone bridge. This must have been the height of elegance in it's heyday. 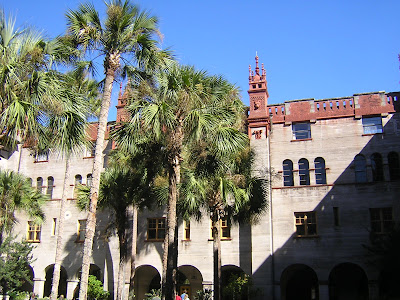