The road down to the tiny fishing community of Bauline is steep and narrow. At the bottom, there's a harbour, a few houses, a church, and a population of just under 400. 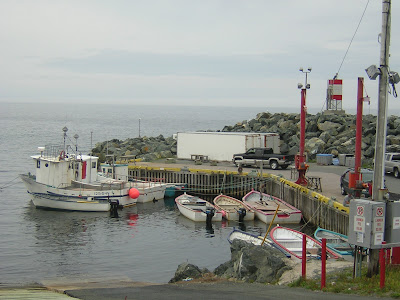 Not so long ago, there were no roads, and the only access was by fishing boat. 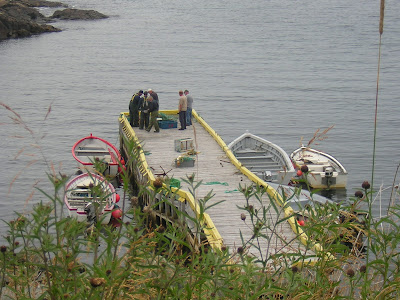 In the fall of 1942, five men from Bauline saw a man bail out of his fighter over the Atlantic. They immediately launched a boat and went to the man's rescue. The manwas Flight Sergeant Guy E. Mott of 125 Fighter Squadron RCAF who had been forced to bail out of his Hurricane Fighter. A plaque in Memorial United Church honours the rescuers and the people of Bauline. 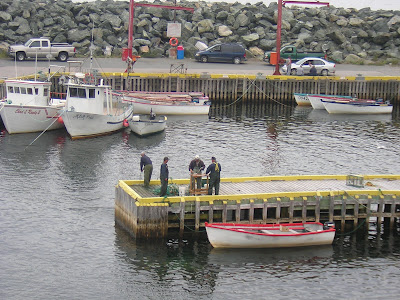 It was a little misty out over Conception Bay, but I was lucky to catch a glimpse of a lone humpback whale making his way along the coast. 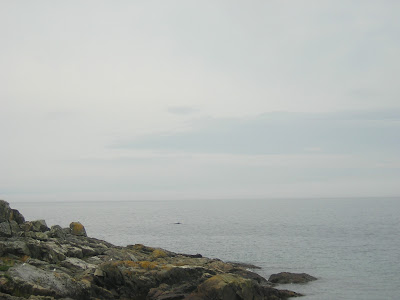 Later in the week, we saw a group of at least 25 humpback whales feeding in a bay near Cappahayden on the Avalon, but they were all too far away for pictures. 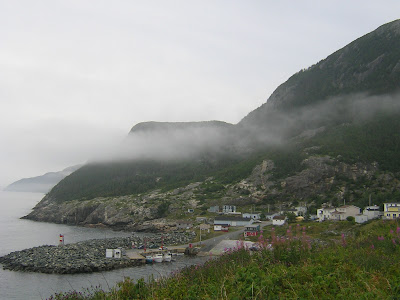 Bauline is on the Killick Coast.

A Killick is a homemade anchor, constructed by encasing a large rock between pieces of wood which have been bent, shaped, and bound together to hold the rock in place.

The people of the fishing and farming communities on this coast continue their rural way of life in spite of being so close to the city of St. John’s.

Posted by Shammickite at 22:24