.... is just another way of saying "Wait there!" in Newfoundland English. 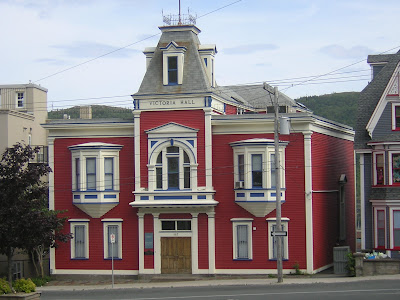 I've spent the last week on "The Rock", the large island of Newfoundland, part of Canada's most easterly province of Newfoundland and Labrador, situated in the North Atlantic off the east coast of Canada. 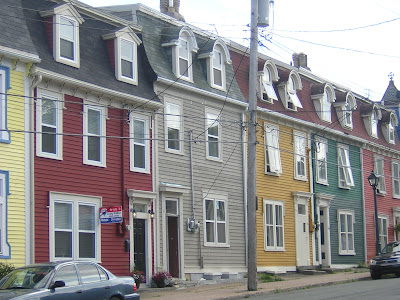 I was mostly in St John's, the capital city. 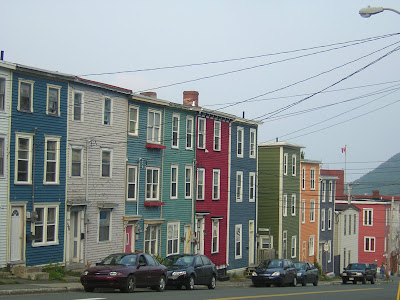 What a great place, it has a magic that draws me back again and again. It supposedly got it's name when explorer John Cabot became the first European to sail into the harbour in 1497 on the feast day of St John the Baptist, and has been a busy commercial harbour since the 1500s. 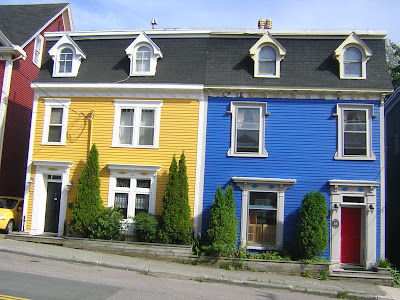 The streets are narrow and steep, and the wooden houses are painted every colour you can imagine. 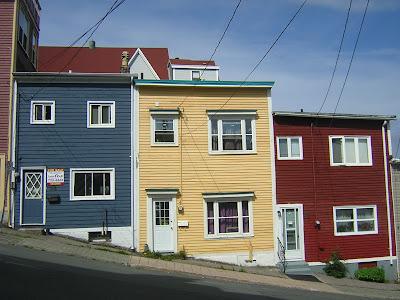 Newfoundland weather is renowned for it's rain, drizzle and fog, and I was told that there's even been a sighting of snow in July, but it was sunny and warm most of the time I was there. But my umbrella did come in useful a couple of times. 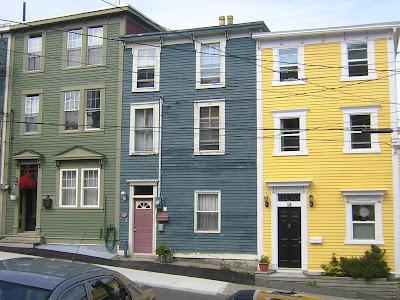 A week is never long enough, is it?