Super Bowl 2013 is over!
I'm definitely not an American Football fan, but with 2 sons who follow the game, I am bound to be exposed to it over the years. However, I've never actually figured out what goes on on the football field. I just admire their tight pants and marvel at the way the TV techies can put those colored lines on the field without anything actually being there.
But it was a weird game.... the lights went out in the stadium, and something went wrong with YoungerSon's PVR which meant that we missed Beyonce's half time show. Boo... that was why I was there!
However, Super Bowl means getting together with the family, playing silly gambling games with silly prizes, drinking beer and having good stuff to eat!
We had shrimps, spanakopita, chips, popcorn, veggies and dip, then spaghetti with meat sauce (veggie sauce for the veggie people), and then for dessert..... WOOHOO..... 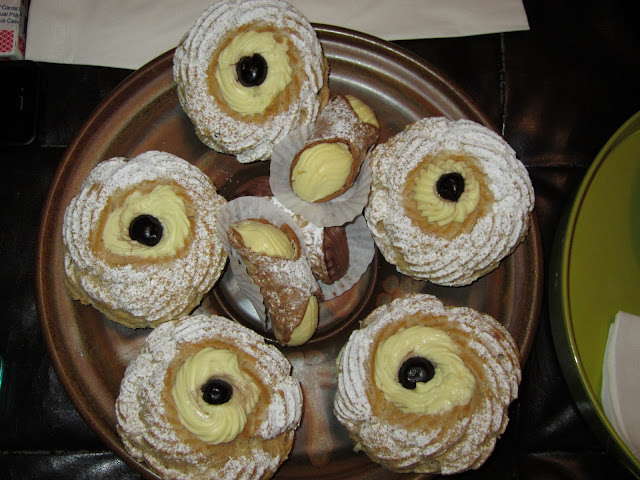 ...... OlderSon had dropped in at a bakery that makes the most delicious, calorie-laden, mouth watering pastries. Almost made it worth missing the half time show.
Posted by Shammickite at 07:30