OlderSon has an big old apple tree growing behind his house. It hasn't been pruned or looked after for years, and rarely produces apples. But this year, the branches were weighed down with fruit. As the tree hasn't been sprayed with fungicide or insecticide for some years, the apples are a bit dodgy. You have to eat them carefully.
Remember the old joke.... Q: "What's worse than finding a worm in your apple?" A: "Finding half a worm in your apple."
The apples were sweet and crisp and tasty.  I gathered a big bag of apples and took them home, intending to make an apple pie, but changed my mind and chopped them up to make apple jelly instead. 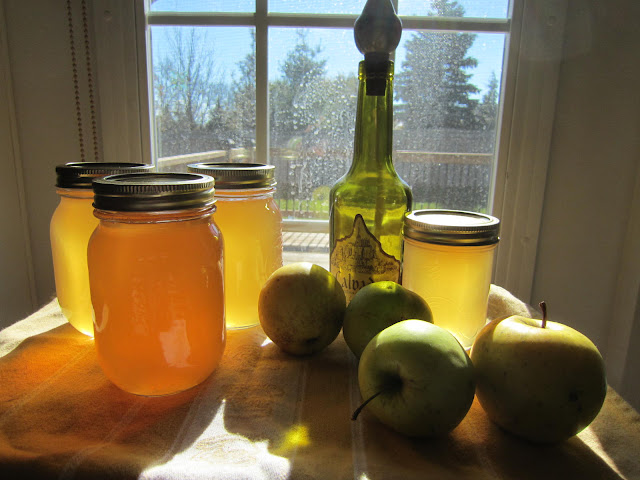 The jelly turned out to be a pale colour as the apples themselves are yellow. In each jar I added a couple of teaspoonfuls of Calvados, apple brandy that I brought back from France a few years ago. It's along the same lines as the American drink Applejack. It made the jelly a little bit less jelly-like, but that just makes it easier to spread! 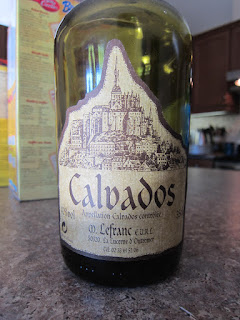 Should be a great wake-me-up on toast in the morning for breakfast.... just make sure you don't put any in the kids' school lunches.

Posted by Shammickite at 15:39