Back to my summer Europe trip.... The Vienna State Opera was the first major building on the Vienna Ringstraße and was built between 1861 and 1869. The opening opera was Mozart's Don Giovanni performed on May 25 1869. Emperor Franz Josef and Empress Elizabeth were present. 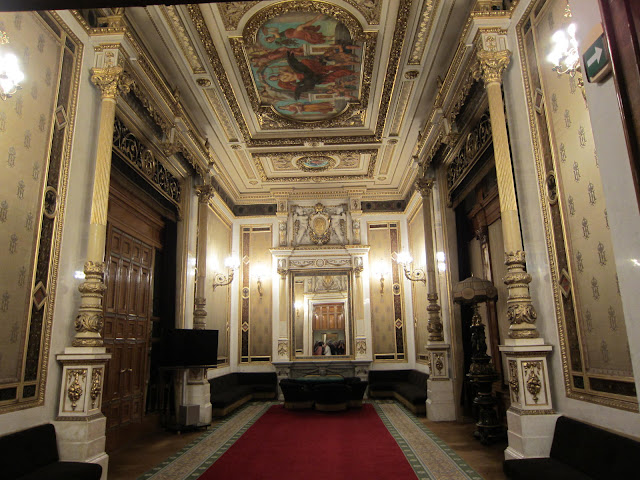 Towards the end of WWII in 1945, American bombardment set the building alight. The front section housing the foyer, staircase, vestibule and tearoom was saved, but the auditorium and stage were destroyed by fire, along with the decor and props for more than 120 operas, and about 150,000 theatrical costumes. 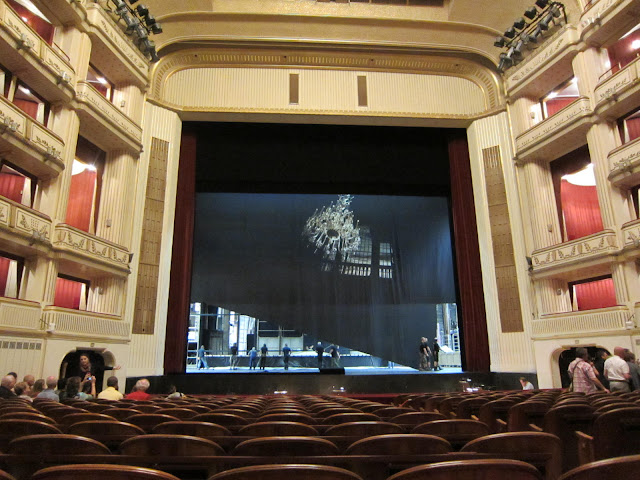 The decision was made to rebuild the Opera House in its original style, and an architectural competition was announced. Even though the target date for opening was 1949, the theatre opened in 1955 with a performance of Beethoven's Fidelio. 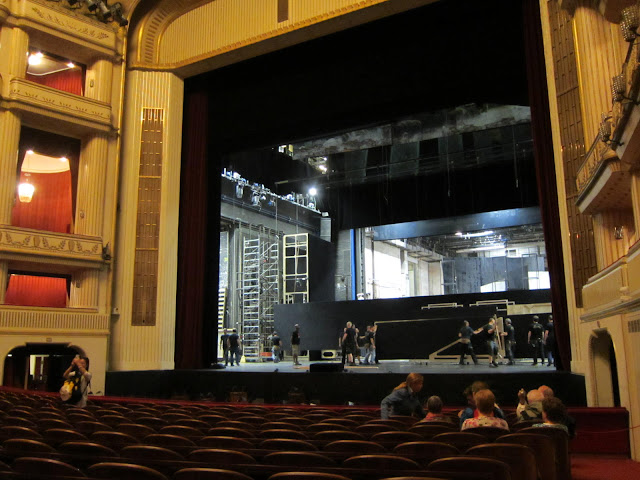 The Weiner Saatsoper stages 50 to 60 operas per year, and ten ballet productions. It is common to find a different opera being produced each day of the week. Over 1000 employees work here. I was able to sit and watch the stage crew change the sets for the opera that was being performed that evening. 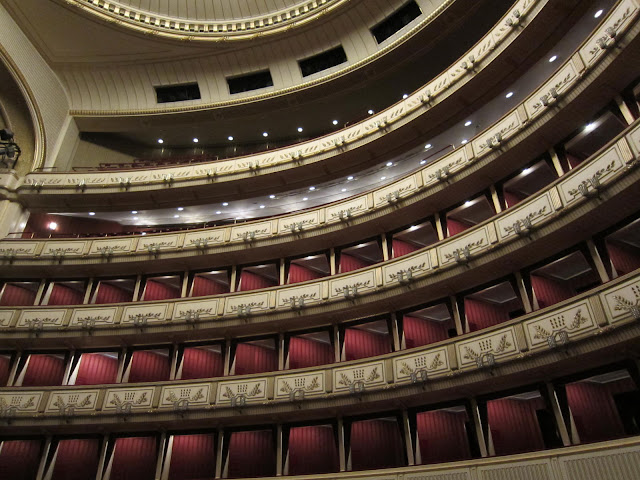 Immediately before each performance, standing room tickets are sold at a discount. But I think it would be much nicer to occupy one of these comfy boxes. Total audience capacity is 2,200. I've never been to an opera, so would have liked to go, but as always with these vacation tours, no time! 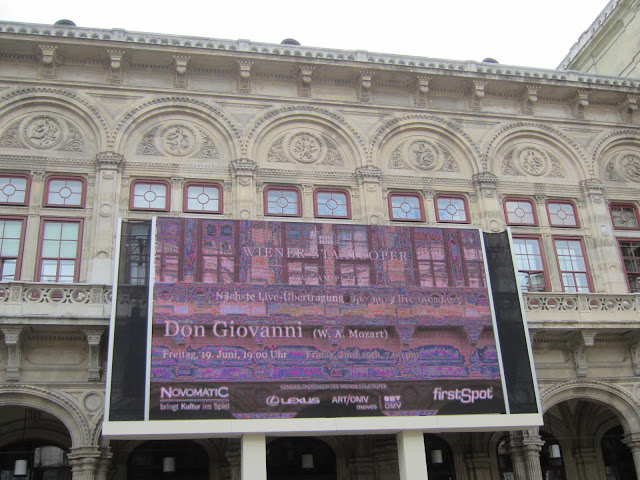 If you can't get a ticket, the next best thing is to sit outside the Opera and watch the performance on the giant 50 square metre screen. Don Giovanni was playing. The screen was installed in 2009, to bring opera to a new audience who had never experienced it.
I couldn't stay to watch Don Giovanni.... a good reason to return to Vienna one day.
Posted by Shammickite at 10:16